If you met Windows 10 won’t boot problem, you can fix it with Startup Repair and BootRec commands. Learn how to do it from this page.

How do you repair Windows 10 if it does not boot?

To figure out why your Windows 10 won’t boot, you need to know about the Windows 10 boot process:

When Windows 10 starts, the BIOS or UEFI Firmware is loaded and performs a small set of checks on your hardware called Power On Self Test (POST). And then, the BIOS scans the hard disk master boot record (MBR), which loads an essential file into main memory called WINLOAD.EXE.

WINLOAD.EXE kicks off the start-up progress by loading the NTOSKRNL.EXE and HAL. Then, Windows 10 starts up and performs tasks such as initializing hardware like mouse and keyboard and reading the Windows Registry and user profile.

However, if there is anything wrong with WINLOAD.EXE, the Windows 10 won’t boot and you will see a black screen titled “Windows Boot Manager” with an error reads:

Info: A component of the operating system has expired. 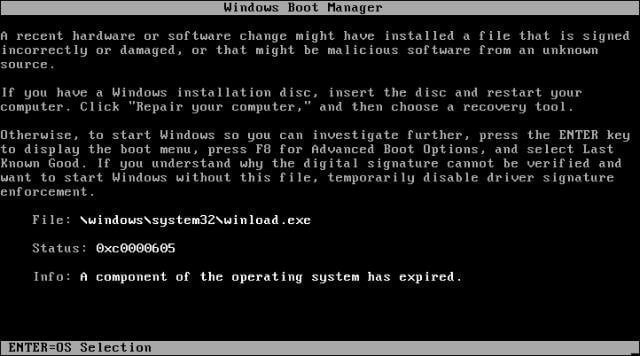 This could be a serious error, but don’t panic. You can fix the error with Startup Repair or BootRec commands.

A black screen and Windows 10 boot failure often mean that your master boot record is on the fritz. And here, you can try to fix the issue with Startup Repair and BootRec commands.

Booting into Windows recovery environment (Windows RE) to perform a Startup Repair can easily fix problems that keep Windows from loading. You can follow the steps below:

1. To access Windows RE, you need to turn your computer on and off three times. Make sure you turn off the computer when you see the Windows logo. After the third time, Windows 10 will boot into diagnostics mode. Click Advanced options when the recovery screen appears.

2. Then, click Troubleshoot to get into the screen of Reset your PC or Advanced options. 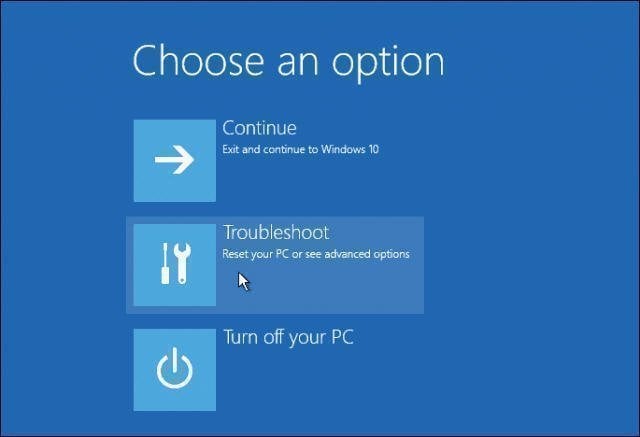 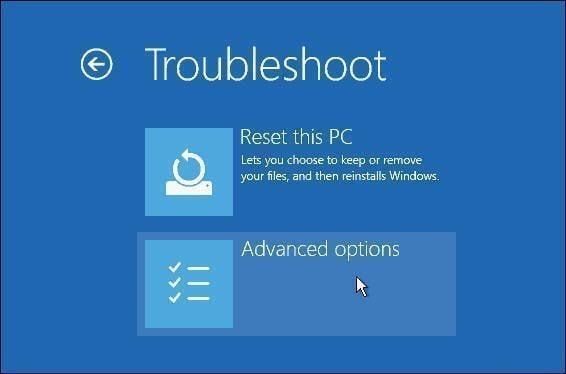 If the Windows 10 Startup Repair not working, you can try to fix Windows 10 with BootRec commands. 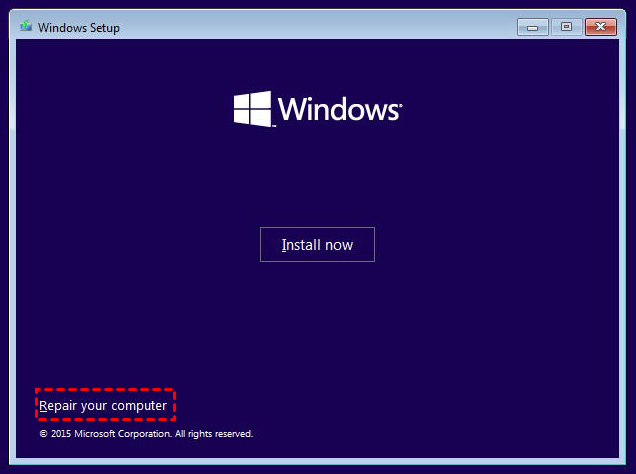 Tip: If you do not have the installation media, you can create a recovery USB drive on a working Windows 10 PC. Then set up your BIOS to boot from the USB drive. 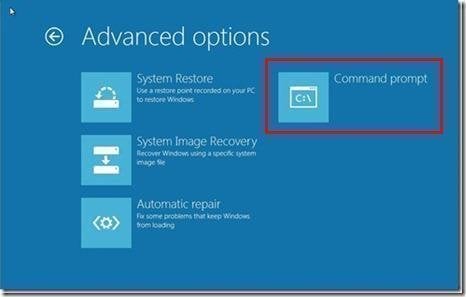 3. Then, in the command prompt, type in the following commands one after the other. You should press Enter after typing each command.

It is wise to create a Windows 10 bootable rescue media in case something like Windows 10 boot failure happens. To create recovery media for Windows 11/10/8/7, you can use the freeware AOMEI Backupper Standard, which integrates many useful functions.

In order to protect your computer from system crashes or boot errors, the best way is to create system backup and a bootable device for recovery before accidents occur. As a result, when your Windows 10 fails to boot, you can use this bootable media to restore computer to an earlier date.

How to create bootable media with AOMEI Backupper? Here are the detailed steps:

Step 2. Select bootable disc type in the following window. It is recommended to select Windows PE and it supports both legacy/MBR and UEFI/GPT boot modes.

Step 3. Choose a CD/DVD or USB drive to create bootable recovery media, and click Next to run the progress.

You can fix Windows 10 won’t boot with Startup Repair or BootRec commands. If you want the best way to protect your computer from system crashes or boot errors, you can use AOMEI Backupper to create system backup and a bootable device for recovery in advance.

Besides the functions mentioned above, AOMEI Backupper allows you to do many other things for keeping your data safe, such as incremental backup and automatic file sync. If you need more advanced features like system clone and universal restore, please upgrade to AOMEI Backupper Professional to unlock them.