Microsoft released the new fall update 1809 in October yet caused file missing after Windows 10 update in 2018. Lost files can be recovered in these simple ways.

Since the newly released Fall update (Version 1809) of Windows 10 on October 2, 2018, more and more users reported that their documents and files are missing without a signal. Most users find that the files located at C:/Users/Username/Documents are disappearing. The location was the same yet the size is different and files have been deleted.

Some users have done some effort on recovering lost files after the update, and they find that a good portion of those files had been overwritten already. It seems like files have been removed or overwritten early in the upgrade process. The bug that removes user’s files is still fixing by Microsoft tech support, yet it is more important to reduce the affecting computers to the largest extend.

Microsoft's Windows 21H2 update released in 2021 brought a lot of new features to users. The most recently discussed is the Windows 10 22H2 update, which will continue on the track of 21H2 and will not introduce new features. 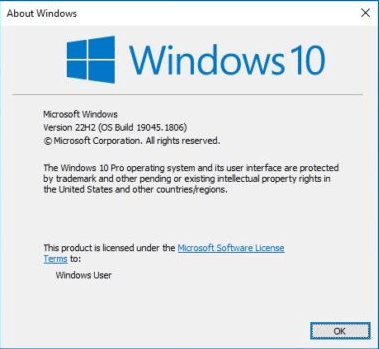 What does Microsoft Windows reply?

The quickest response that Microsoft Company did is to suspend the rollout of the Windows 10 October 2018 Update (version 1809) for all users. That taken place only a few days later after releasing. At the same time, they published an announcement saying they have the tools to get you back to normal, which implying the way to recover files. Here is quotation:

#WindowsInsiders If you’ve run into the “missing files after update” issue for 1809/October 2018 Fall update, please call our support line. They have the tools to get you back to a good state. This build is no longer available to download manually: https://t.co/Ce9WVILknppic.twitter.com/fvisQi1c8g  -Dona Sarkar (@donasarkar) October 6, 2018

Users who were missing files are also suggested to call Microsoft support at +1-800-MICROSOFT or find a local number in their area for assistance.

Users, who have downloaded the installation, do not start the install until a fix is shipped. Users, who are installing the update at the moment, please cancel and stop the progress. The easiest method is to restart the Windows Update service, which can be approached with services manager (type service.msc in the Start menu).

Although Microsoft Windows has pulled the Windows 10 October 2018 update only a few days later, the harm was real, so it spreads widely and quickly on social media. Windows 10 upgrade missing files, then what can we do to get them back?

Several efficient ways to find the lost files are introduced below. Try and see if any of them helpful.

Go back to previous build in Windows 10

Some users find the roll back method does not help because no files found after that. In that case, it is suggested to try following methods.

If you’ve made system restore points for Windows 10 on a regular basis, then congratulations, you’re able to get your missing files back through this method.

1. Search system restore from the Windows 10 Search box. Select Create a restore point from the given list. You’ll get a dialogue box tagged System Properties.

3. Follow the on-screen instruction and select the proper restore point when prompted. Click Next to start restoring.

Tips: if the system restore does not proceed successfully, you may need to enter into the Safe Mode of Windows 10, where only the essential parts are loaded, and try again.

As covered, said method applies to the situation that you have created restore points. What if you don’t have any? Or, the Windows 10 restore points have gone? The nail is Windows 10 disabled the System Restore service by default, which makes the method not applicable for most users. As a result, try the next one to see if it works.

In general, Windows create a folder named Windows.old and place all data of previous version there after each updating. The available time is 10 days for the folder, so pay attention to the date. The folder locates local drive C: and is easy to navigate. Here are steps to start.

2. Find the files you’ve missing after Windows 10 Update (version 1809) in the Windows.old folder, mostly under the Users directory.

3. Copy them to a desired place and done.

Tips: for more detailed steps with screenshots, please refer to how to restore windows.old files in Windows 10.

As covered, said method is related to timeliness, so you may find it is too late to do the restoration because the Windows.old folder has been deleted automatically. Then, turning to reliable and professional data recovery tool is a wise move.

Get deleted files back in Windows 10 via comprehensive recovery tool

The data recovery software – Recoverit Pro – is professional and clean tool that you could rely on. It recovers all files types including photos, videos, documents, etc. in all data loss scenarios including Windows 10 October Update 2018 for you. Recoverit brings a record-high data recovery rate of more than 96%. You may want to have a try now.

1. Install and launch Recoverit. Select All-Around Recovery option in the lower-right location. This option supports to recover lost files caused by any scenarios. 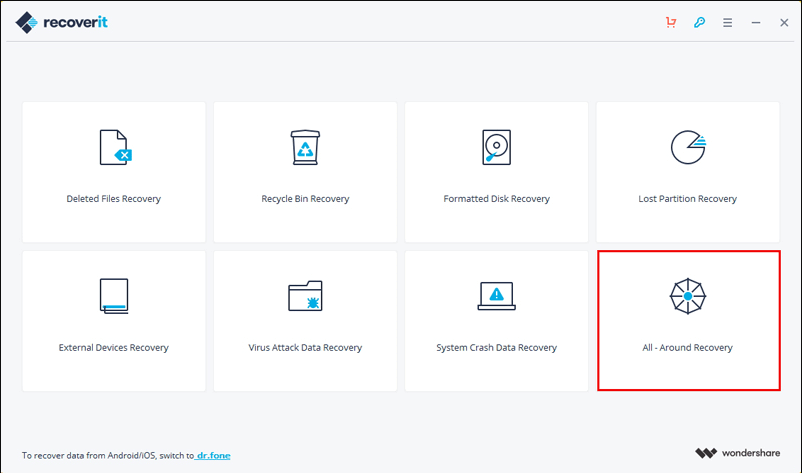 2. Select the location where you missing files and click Start. The All-Around Recovery option will scan deeply for lost data, which may take a longer time. 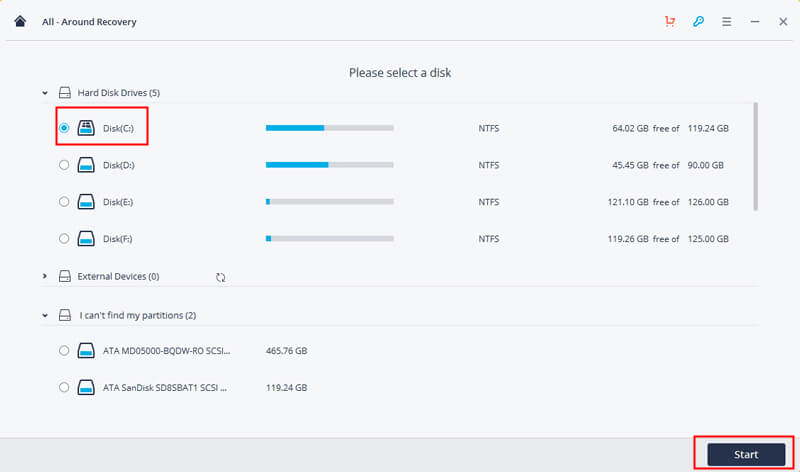 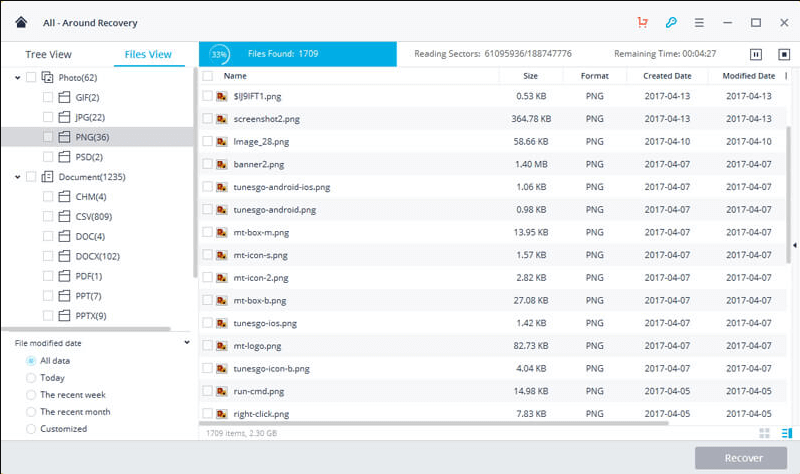 Tips: it is suggested to save the lost files to a new place instead of the disk you’ve lost files.

Losing important data can be really painful and you don't know what can go wrong during the update process. For example, the Windows Update 0x80080005 error that occurs when updating to Windows 21H2. You don't know if you will encounter these problems again in Windows 22H2 update. So to avoid such disasters and unnecessary monetary costs in the future, it is highly recommended to get into the habit of backing up critical data. Especially working files, projects, uncreateable memories. Always create a backup before taking any data-related action. More importantly, restoring files sometimes does not retrieve all of them due to the reasons mentioned above (overwriting).

The way to restore backup image is also easy-to-follow with its graphical user interface. Selectively files restore is also available.

AOMEI Backupper also offers Professional edition for advanced users. With that edition, one can restore NTFS permissions during image restore, restore system image to dissimilar hardware, and set to auto delete old backup with Backup Scheme. You can also create recovery environment in advance. Please note the recovery environment will become invalid if your C drive is wiped or damaged.Upgrade to explore more. 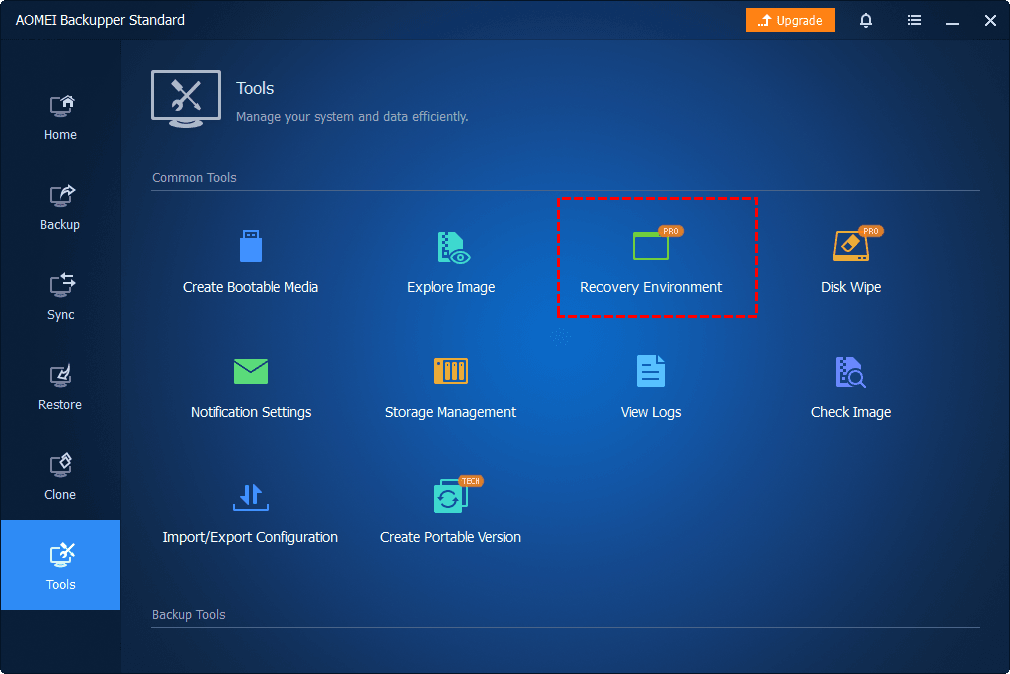 Four possible solutions are provided for files missing after Windows 10 Update in 2018 and one suggestion is given to avoid potential data loss also the next maybe-appear Windows 10 update problems. Give your data an extra layer of protection and you won’t be mad when similar issues happen.