You can learn how to easily backup Windows 10 operating system. Both the built-in tool and the best free backup and restore software can help you. Please read on to learn the detailed information.

We all understand the importance of backing up operating system (OS) since there are so many reasons that can cause system failure, such as virus attacks, hard drive errors, deletion of system files, etc. Microsoft still leaves many things to perfect the Windows 10, so it becomes more important to backup Windows 10 operating system.

If you keep backing up your system volume and other essential files, then you easily restore the backup to get your system and files back without worrying about data loss and spending time reinstalling Windows 10 OS and programs in the event that anything happens to your computer. You can read on to learn how to backup Windows 10 operating system. 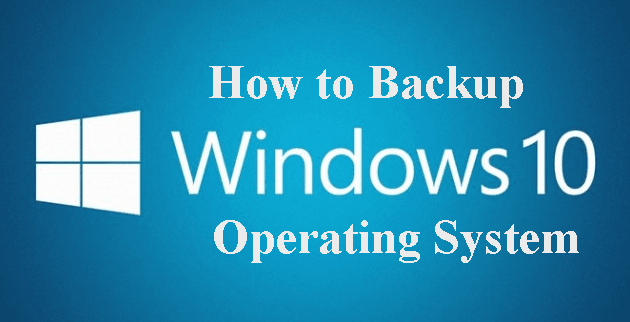 Windows 10 has its built-in system image backup tool called Backup and Restore. To create a system backup in Windows 10, you can try the built-in tool of Windows to help you. You can follow the specific steps below. 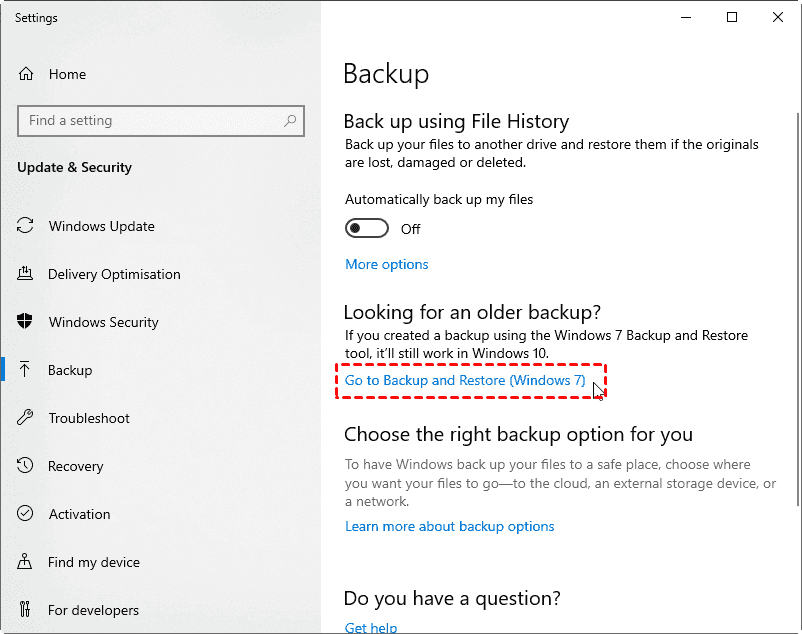 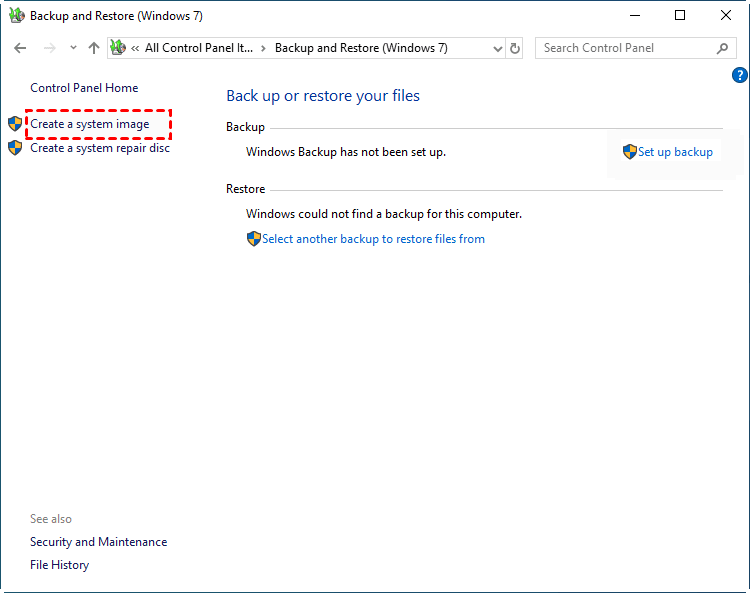 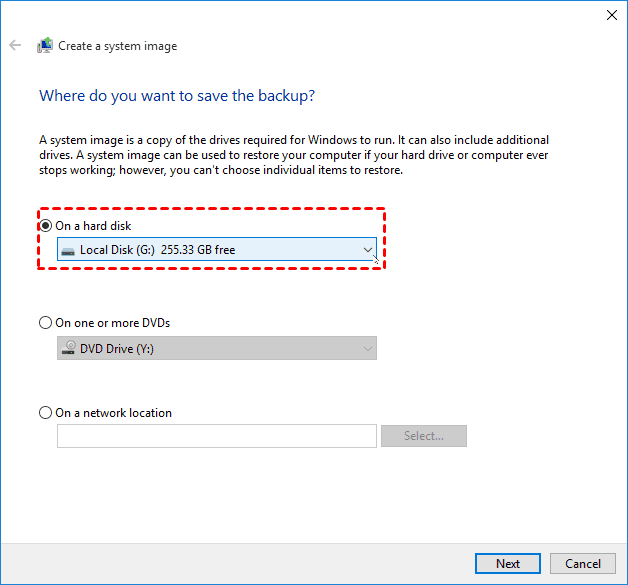 After that, you’ll be prompted to make a system repair disc. It needs a CD/DVD as storage device.

If you don’t have a CD/DVD, you can make a bootable USB using built-in Recovery Drive tool or a third-party media creator. Since it can help you start your computer if your Windows OS encountered any boot problem. 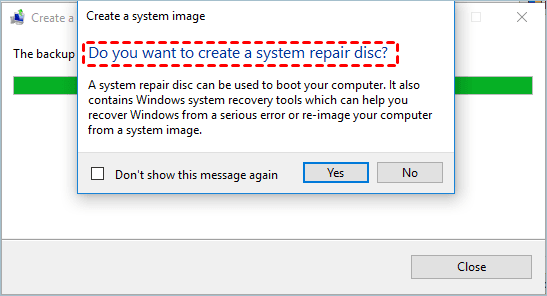 Although Windows 10 has its built-in System Image Backup tool, it comes with many restrictions and it is not easy for everyone to find and operate. Luckily, here comes the best free backup software - AOMEI Backupper Standard. It provides 4 backup solutions to meet all your backup needs, including System Backup, Disk Backup, Partition Backup and File Backup. It helps you easily create OS backup in Windows 10. It also has the advantages below.

Therefore, you will no longer need to worry about system crash or hardware failure if you take backups with AOMEI Backupper. Apart from system backup, it also enables you to do disk backup. By the way, its Universal Restore feature can restore your system backup to another computer with dissimilar hardware.

AOMEI Backupper can perform system/disk/partition/file backup to any folder on your hard disk as well as shared folder over network. In case of hard disk failure, it is recommended to backup Windows 10 to external hard drive or other non-system disks.

To perform system backup on windows 10 with AOMEI Backupper:

Step 2. Here you just need to select the backup destination as the program will choose the system partition(s) that need to be backed up automatically.

This article introduces how to easily backup Windows 10 operating system, you can use Windows built-in tool or the best free software AOMEI Backupper Standard to help you. This freeware can simply achieve the goal and it also supports scheduled backup as well as the incremental/differential backupmethods.

While the system backup is in process, you can still do other things with your Windows 10 computer. As one of the best software to backup Windows 10 operating system, AOMEI Backupper also allows you to restore system backup with only a few clicks. You can aslo create a system repair disk (using CD/DVD or USB drive) so can restore OS when computer fails to boot.

Besides backup and restore, AOMEI Backupper also provides clone function, which can be used to migrate OS or upgrade hard drive, and other useful utilities, such as "Explore Image" to mount an image as a virtual drive, AOMEI PXE Boot tool to load micro-system over network, etc. You can download this software to explore more features!