There are many ways could realize automatic laptop backup, among them third-party backup software is the most practical one. In this article, we will introduce you a powerful backup software to do schedule backup for your laptop.

Automatic backup means setting schedule for backup tasks, thus the backup program will create backup image at the appointed time automatically and without the needs of human intervention. In a general way, people set their backup schedule in three ways: Daily Backup, Weekly Backup, Monthly Backup and Event triggers Backup. These three backup modes allow you to create backup arrangements according to your own will, in other words, you are all completely autonomous and individual to yourself to run the backup at any time or at any interval as your wish. 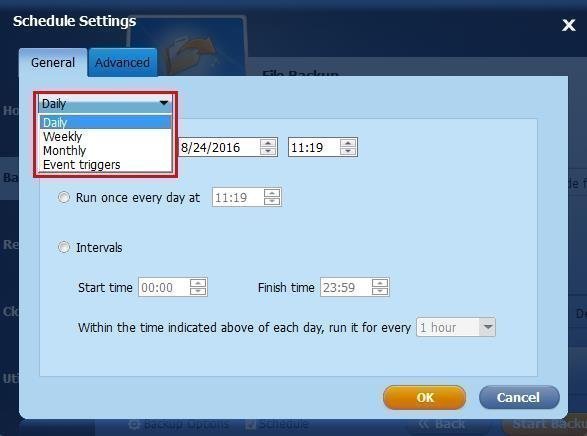 To realize automatic laptop backup easily and efficiently, we couldn’t make it without the assistant of third-party software. We all know that there is more than one way for backup operation; however, hiring professional free software for backup task is the most advisable. Take AOMEI Backupper as an example, it’s a freeware for backup, restore and clone tasks. Backup is its major function which includes three sub-features: System Backup, Partition Backup and Disk Backup.

Let’s start with System Backup, System Backup is the feature which designed for system state. With the assistant of this feature, you can realize one-key full backup your laptop system, no matter you are using Windows 8/7 or Server 2012/2008 (both 32bit and 64bit). Well, we can’t stop talking about the “automatic backup”; the newest version of AOMEI Backupper has developed a countermeasure which is named Schedule Backup for requirements such as automatic backup. Thus we could make appointments for backup tasks at any time we want. 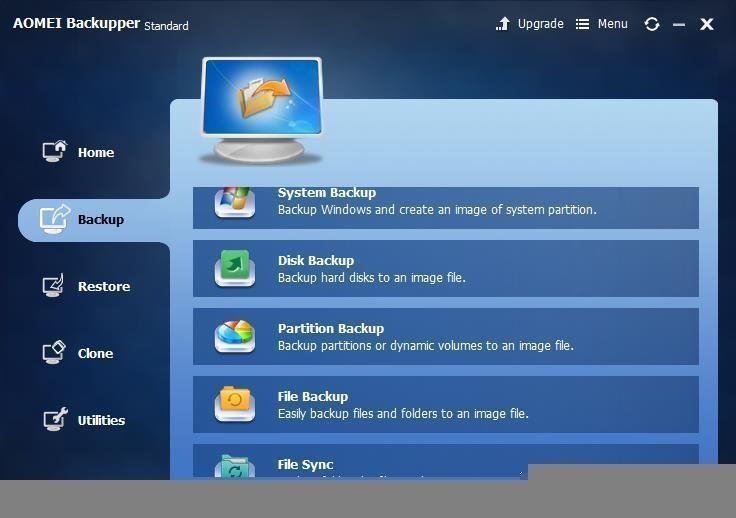 Apart from System Backup, AOMEI Backupper also provides a powerful hard drive backup solution, which is Disk Backup. Different from System Backup which only back the files and applications that is related to the system state, Disk backup will backup the entire disk of your laptop. Which means Disk Backup will not only backup all the settings, files, programs and applications, but also your operating system. Once the backup has been created, you can use it to restore your laptop to the appointed normal state if any unwanted thing such as system crash or virus attack happened to your laptop. AOMEI Backupper also offers a sophisticated Partition Backup function，you guys could consult this web site to read more if there is a need.