Frequently Asked Questions about purchase or the use of AOMEI MBackupper. 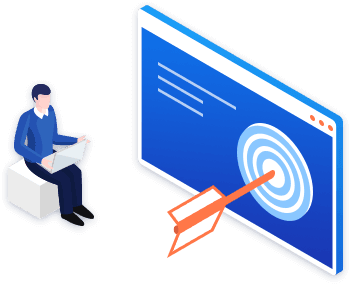 Is AOMEI MBackupper completely FREE?
Absolutely yes! It is a freeware for you to use AOMEI MBackupper to back up or transfer photos, music, videos, contacts, and messages from iPhone to PC.
Can I evaluate before purchasing, or is there a trial version available?
You can use the free edition to experience.
What’s the product delivery policy and is there an invoice?
Real-time delivery. Usually, once your order is processed successfully, the download link, license code and an electronic invoice of the software will be immediately sent to your email.
Do you provide technical support for trial users?
Of course! We provide technical support for every user of our products, including paid products, trial versions and freeware.
What is the upgrade policy?
Minor updates are free. For the major upgrades, you only need to pay a small amount of upgrade fee to enjoy the full set of advantages of later new versions. If you have already purchased "Lifetime Upgrades" before, you can upgrade to the latest version without extra pay in the future.
Can I cancel my order after placing it?
If you haven’t pay yet, you can go to your cart and remove our product. If you already paid, you need to contact us and you can get a refund. For more information, please refer to the Refund Policy.
What’s the refund policy?
We offer 90-Day Unconditional Money Back Guarantee. If you are not completely satisfied with the product you purchased from us, you should notify us within 90 days from the date of the purchase and we will provide you with a full refund. When you request a refund, our customer service representatives may inquire the reason for your refund so we can improve our products and our customer experience.

Does AOMEI MBackupper transfer without Internet?
AOMEI MBackupper transfers data from iPhone to PC with the following three steps: Firstly, connect your iPhone to PC. Secondly, choose the files you want to transfer and select the destination. Finally, one-click to finish the process. All three steps can be completed without Internet.
Is AOMEI MBackupper safe to use?
AOMEI MBackupper uses Apple’s official device support components. Official production guarantees the stability and compatibility of new equipment. As for data security, transferred data is stored on the computer locally. Thus, there is no need to worry about data loss.
Why music and videos cannot be played after restore?

If you backed up music or videos from iTunes Store and find it cannot play anymore, please check the following items:

Why Movies and TV shows cannot be played after restore?

If you backed up movies or TV shows from iTunes Store and find it cannot play anymore, please check the following items:

Why photos/videos restored on devices below iOS 11 cannot be displayed normally?
Apple has brought us two new media formats "HEVC and HEIF" in iOS 11. In video aspect, HEVC (H.265) is used to replace HEVC (H.264), while HEIF is used to replace JPEG for pictures. Therefore, photos and videos in media format "HEVC and HEIF" are not supported for devices under iOS 11.
Why do I get "AMdeviceSecureStartService failed" error?
During the backup/restore/browse operation of the device, if the current operation is interrupted abnormally for many times and AOMEI MBackupper has not yet closed the connection with the device, you may encounter the "AMdeviceSecureStartService failed" error when a new operation is performed. To solve the problem, please try restarting AOMEI MBackupper or the device, and then operate again.
Why can’t I delete some photos directly from iPhone?

Does AOMEI MBackupper support backing up attachments in SMS?

The current version does not support backup or restore of photos, videos, animoji and other attachments in SMS.

If you connect iPhone, iPad, or iPod Touch to computer through USB cable, please try the following methods to solve the problem:

Why can’t I restore some videos to other devices?

With the upgrade of hardware, the resolution of video has reached 4K. If you restore a high-resolution video to an earlier phone model, such as restoring a 4K video taken by iPhone 11 to iPhone 6, the video cannot be restored successfully or the restored video cannot be played.

Does the old version of AOMEI MBackupper compatible with backups of the new?