You will learn how to clone PS3 pr PS4 hard drive to larger drive or SSD with Backup and Restore method, thereby easily enlarging your Sony console's storage.

The PlayStation 3 (PS3) or its successor - PS4, aside from being a video game console, is also a pretty powerful media center which is developed by Sony Computer Entertainment. It has been several years since PS3 was released at the end of 2006. On the one hand, most models of Sony’s console come with small hard drive.

Why need to clone hard drive? There are two main reasons. On the other hand, with along huge game like Mass Effect 2 installs and HD movie downloads, you're probably already running out of space on your PS4 or PS3 hard drive. And if not, you will be soon.

Why not buy a new larger yet faster hard drive to upgrade hard drive on PS3? Nowadays hard drives have come down in price significantly, so a huge drive is pretty affordable. Besides, if you have more budgets, you can replace PS3 hard drive with an SSD which gives you significant improvements in loading times and running speed.

No matter HDD or SSD to buy, you need to know what hard drive you can use in PS3. The PlayStation 3 is designed to run with 2.5-inch SATA drive of 9.5mm height. 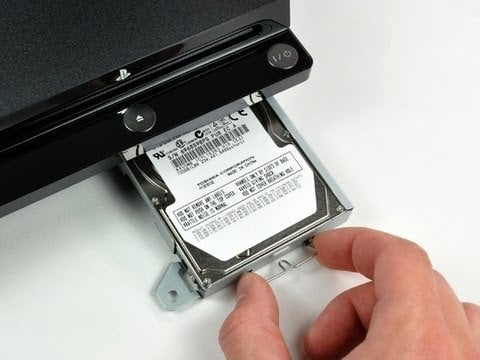 Using a third-party tool to clone PS3 HDD are far easier than you might imagine. I will guide you go through the process step-by-step. 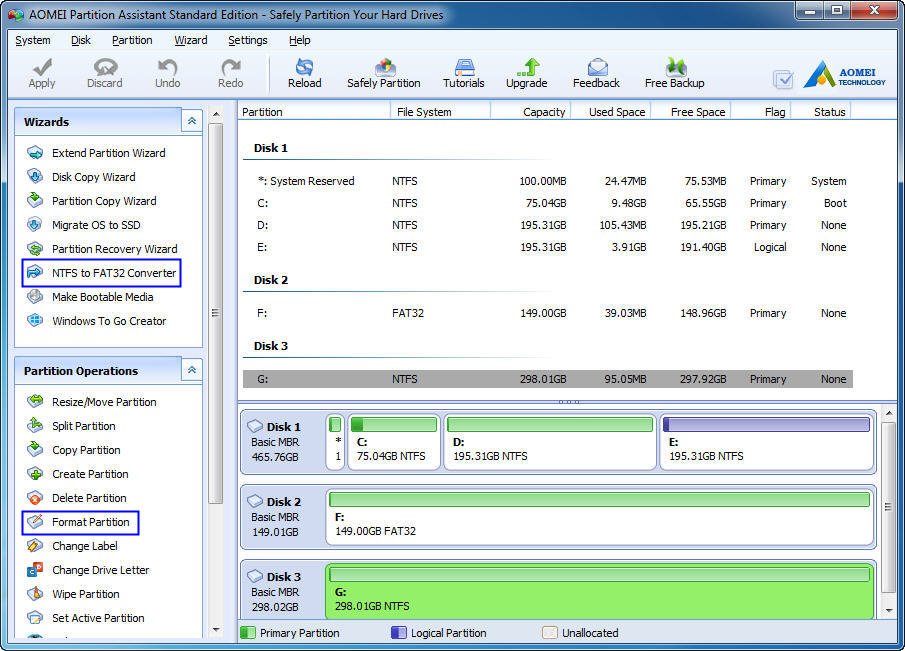 When all have been prepared, you can begin to clone PS3 hard drive to new hard drive or SSD with the Backup and Restore method.

Step 3. After that, click Schedule and enable the default schedule settings, daily incremental backup. Also, you can change the backup interval to weekly or monthly. Then, click Start Backup.

Wait for a long while, your backup will be complete. And it will clone PS3 hard drive CFW automatically at the time point you set.

Then, let's assume that you have problem with your computer, you need to restore disk image to larger drive or SSD. Just follow the steps below.

Step 1. Connect the hard drive you want to restore image and another one to receive the image. Then, be sure they are recognized.

>> If you click the Select Task option, you will be asked to select backup image in the next window. Just select the one you created and click Next.

>> If you click the Select Image File, you need to open the hard drive containing image and select it manually.

Step 3. In the Image Information window, tick Restore the entire disk and click Next. 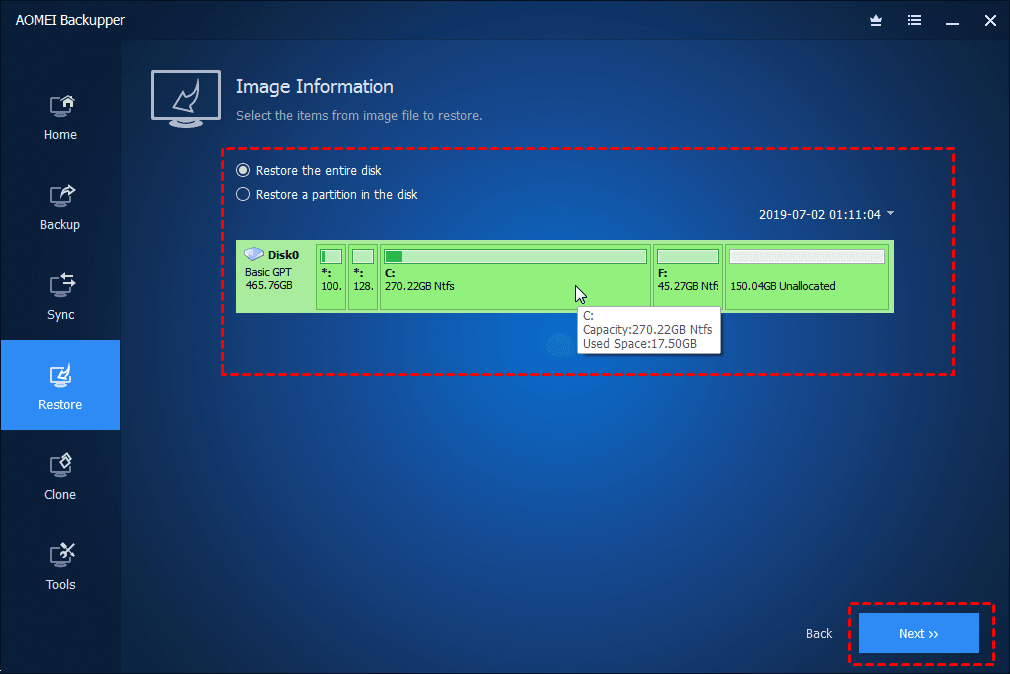 Step 4. Select the large hard drive to receive your backup image and click Next. 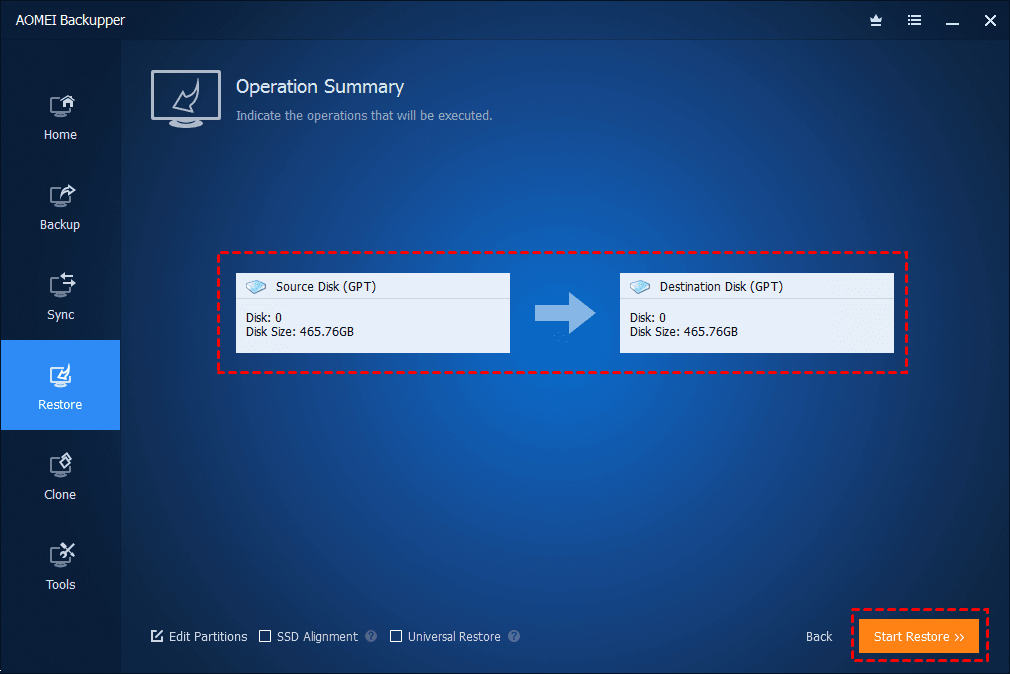 Note:  If you want to backup and restore to different computer, please remember tick the "Universal Restore" (supported by AOMEI Backupper Professional) feature. This feature can install all drivers required to boot Windows.

You can also clone PS4 hard drive with the same steps above. If you only want to backup system, you could consider using System Backup to complete this process.

Besides cloning, you still can try “Backup” and “Restore” feature in PS3. It can reach the same effect. Go on and see details in the following.

Step 1. Backup the saved data on the PS3.

1. Connect USB drive or other storage device to PS 3 and format as FAT32.

2. go to Settings > System settings and press “X” button to enter the next page.

3. Then, click Backup and press “X” button to enter in.

5. Follow the instructions to backup the saved data to USB drive or other device.

Step 2. Replace the old hard drive with a new one.

1. Wait for at least 10 minutes in order to let your console cool down and then open the HDD door from its lower case.

2. Take out the hard drive from the steel cage and then insert the new drive into it, then using the screw to hold the drive. 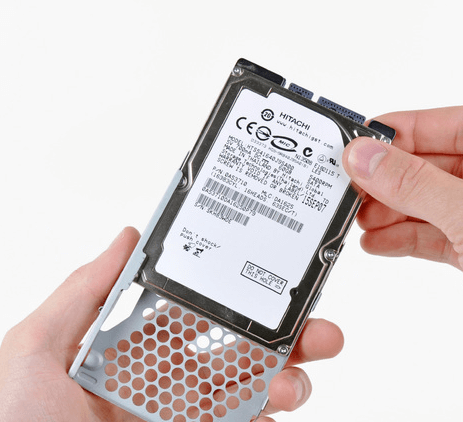 Step 3. Restore the saved data to the new drive.

1. Start the PS3 and go to Restore option with the same steps like Step 1.

Cloning PS3/4 hard drive to a larger drive or SSD is very easy with the help of backup and restore method. Also, you can choose to use the built-in feature, which can achieve the same effect.

However, honestly, the third-party tool AOMEI Backupper has more features. It not only allows you backup disk, but also backup only system, partition, or speciifc files or folders. And it allows you to schedule backup them in daily/weekly/monthly, and backup only changes with incremental or differetial backup(supported by the professional version).

And it still provides an easy and quick way to upgrade hard drive to larger one, disk clone, for example. With the help of it, you can easily clone NVMe to larger NVMe SSD and directly use it to boot computer without restoring image first.

AOMEI Backupper Standard will be smart choice. You can download and try it for yourself.