What is VSS Backup and How to Create One?

If you want to learn more about VSS backup, continue to read below and learn what it means, how it works, and the top 2 ways to create VSS copy backup.

What is VSS backup?

So the VSS backup is also called Volume Shadow Copy Service-based backup, or shadow copies, which is a Windows service that captures and creates snapshots at a time point.

How does Microsoft VSS Backup work?

You may know the Microsoft VSS backup requires the Volume Shadow Copy Service, but it's not clear exactly how it works. It consists of the following 4 basic parts:

For more details, please refers to the Microsoft document.

Process a VSS copy backup with Backup and Restore (Windows 7)

Click on Start, type services, and press enter to open the Services window. Roll down the mouse, locate the service "Volume Shadow Copy", if its startup type shows Manual, right-click it, and select "Start" from the drop-down menu. 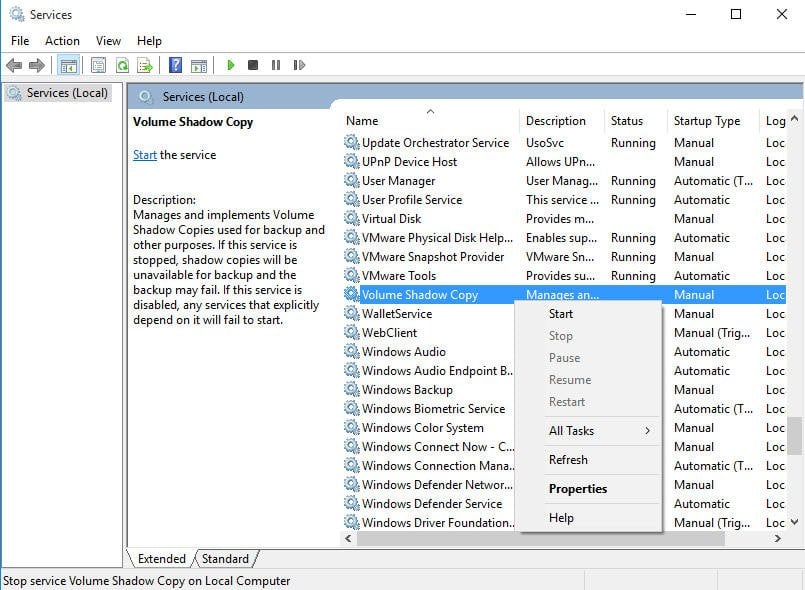 After ensuring the Volume Shadow Copy Service is running, you can then follow the steps below and create create a backup under VSS with Backup and Restore (Windows 7).

3. Select where you want to save your backup and click “Next”.

4. Select Let Windows choose or Let me choose and click “Next”. By default, it will include a system image if you don't uncheck the checkbox below. 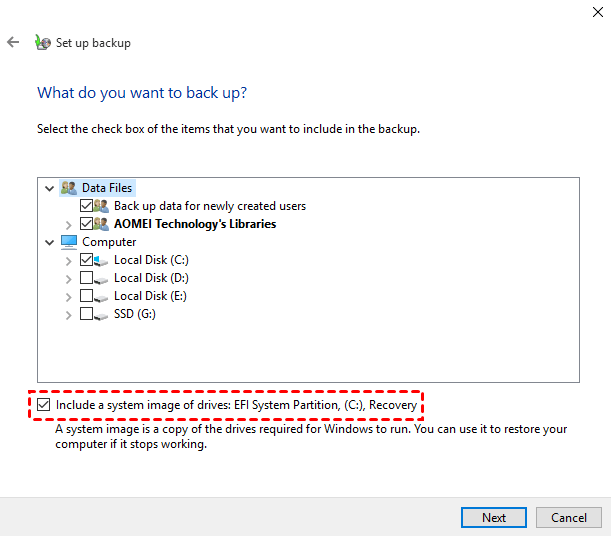 5. Here you can review your backup settings, confirm it and click Save settings and run backup.

Note: The Shadow Copy technology requires the file system to be NTFS in order to create and store shadow copies. You need to convert FAT/FAT32 to NTFS if it is not.

Sometimes, when you backup with Windows built-in tool but failed, you may receive a Windows backup failed to read from the shadow copy or VSS insufficient storage error. If you are in such situations, you can choose to create a VSS full backup with professional third-party shadow copy backup software.

AOMEI Backupper Standard is such software. It is not only embedded with Microsoft VSS technology but also provides a self-developed VSS backup service. If the Microsoft VSS is not working, it will use AOMEI Backup Service instead, so you don't need to worry about the backup failed due to VSS errors. And it is totally free and more flexible for backup task.

It allows you to create system backup, disk backup, partition backup, file backup or cloud backup. The last one allows you to backup files to AOMEI Cloud and offers you 1TB of free cloud storage in 15 days after you register an AOMEI account.
It helps you schedule a backup task daily, weekly, or monthly. By default, this software will enable incremental backup to backup only changed files since last backup and it can be a full backup or incremental backup.
It supports multiple backup destinations, such as, external hard drive, USB drive, network drive, NAS, cloud drive, etc.

2. Click Add Disk to select the disk you need to back up and then select a location to save the disk backup. You can backup disk to any recognized devices, such as, external disk, USB network drive, NAS, etc. 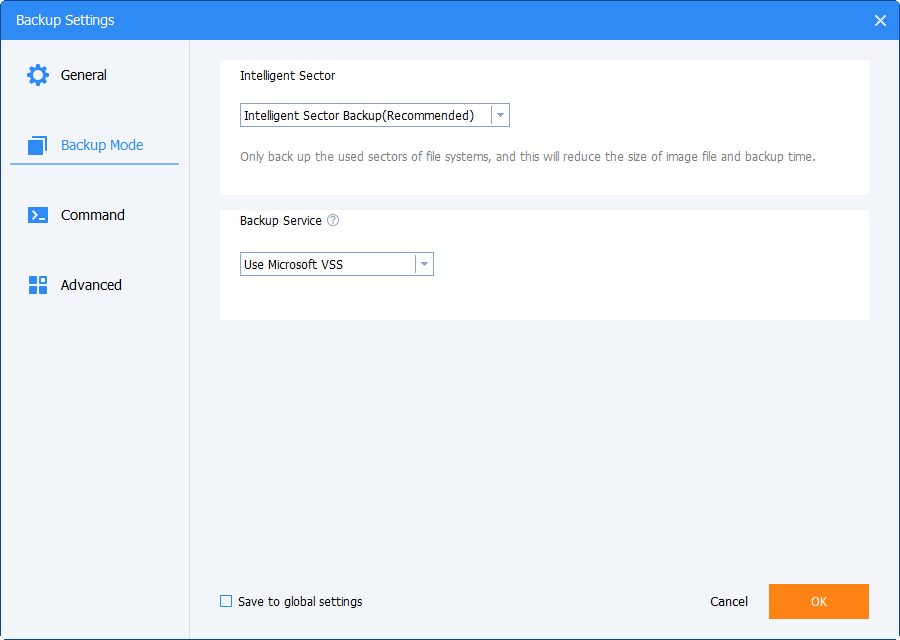 You can also set other backup settings:

4. After all this is done, click Start Backup to create shadow copy backup in Windows systems.

Besides, AOMEI Backupper is also an amazing image restore or deployment software. With images created by this software, you can easily restore system, disk, partition, files to new hard drive or partition.

If it is a system disk, you can even use it to perform dissimilar hardware restore or deploy image to multiple computers over network. These features are available on the advanced edition. Please learn more in the edition comparison page and select a proper edition.

Now, you have a basic knowledge of VSS backup and know how to create a backup under VSS easily to ensure data consistency. The built-in software is worth trying if the Volume Shadow Copy Service is running well, and you can also use third-party VSS backup software - AOMEI Backupper Standard.

It adds an extra layer of backup task security, you don't need to worry about the backup failed due VSS error. Because it will automatically use AOMEI Backup Service to ensure the backup task running without interrupting when Microsoft VSS does not work. If you just want to create an exact copy of hard drive, try the Disk Clone feature and migrate system from HDD to SSD.