AOMEI Backupper Standard is more than a Toshiba NTI Backupper Now EZ free alternative, it is an independent and powerful backup software.

Toshiba NTI Backup Now EZ is a paid backup software but it is so simple without advanced features. File & Folder Backup and Complete System Backup can be the summary of it. Its File & Folder Backup method will protect your important files and folders and give you a quick access to your backup image if the need arises.

Its Complete System Backup method will help you backup entire computer including the operating system, all programs, all data files and computer settings. This sounds familiar, right? Both features mentioned can be achieved with any backup software, even a free one. So why not having a Toshiba NTI Backup Now EZ free alternative?

AOMEI Backupper Standard can be used as a Toshiba NTI Backup Now EZ free alternative. It is a great option and you can refer to following reasons:

Manage backup files.Your backup files will be listed under the Home tab, and they are accessible for you to manage. 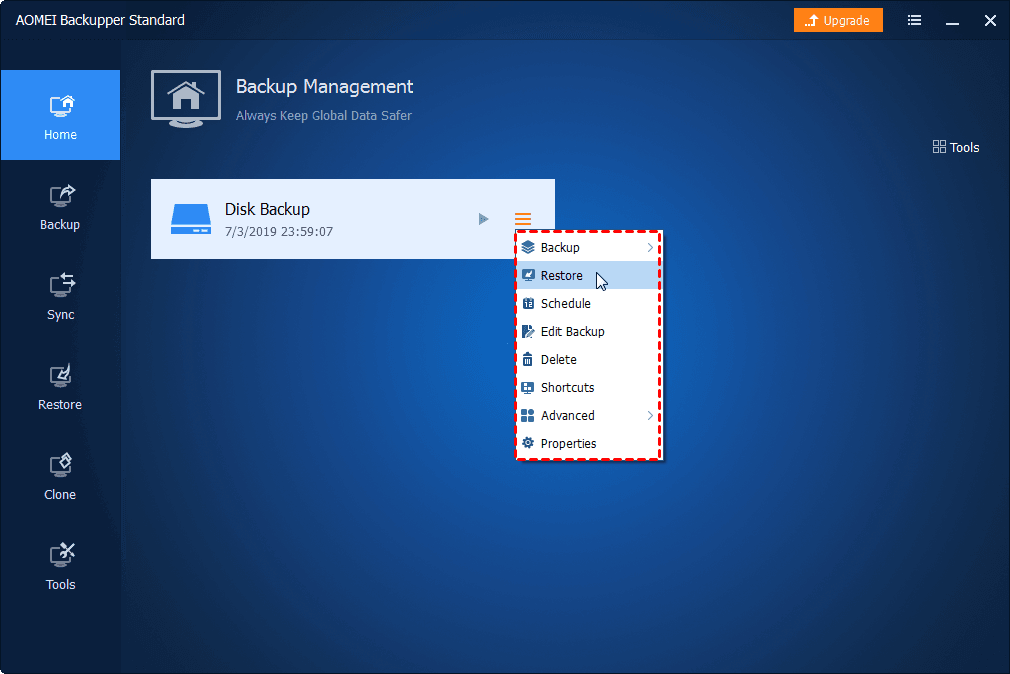 Restore data. If your data are lost, damaged, destroyed, or changed unexpectedly, AOMEI Backupper Standard can help to restore data backup to an earlier date. 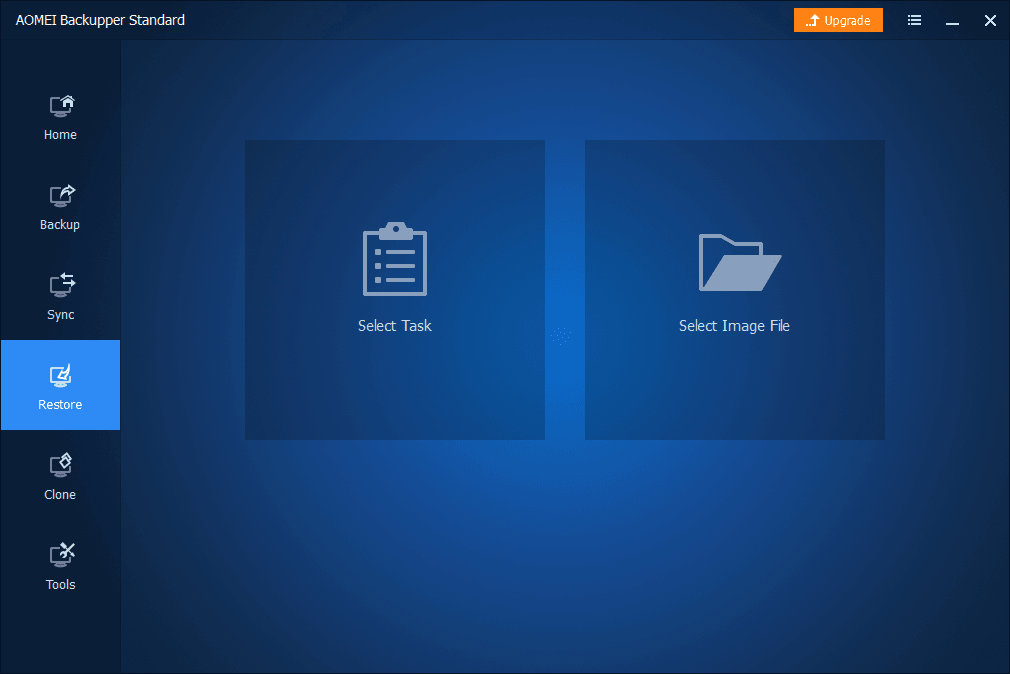 Clone. Disk Clone allows you to easily upgrade disk, System Clone helps to transfer OS from one drive to another, and Partition Clone makes you keep an exact copy of the partition for data safe. 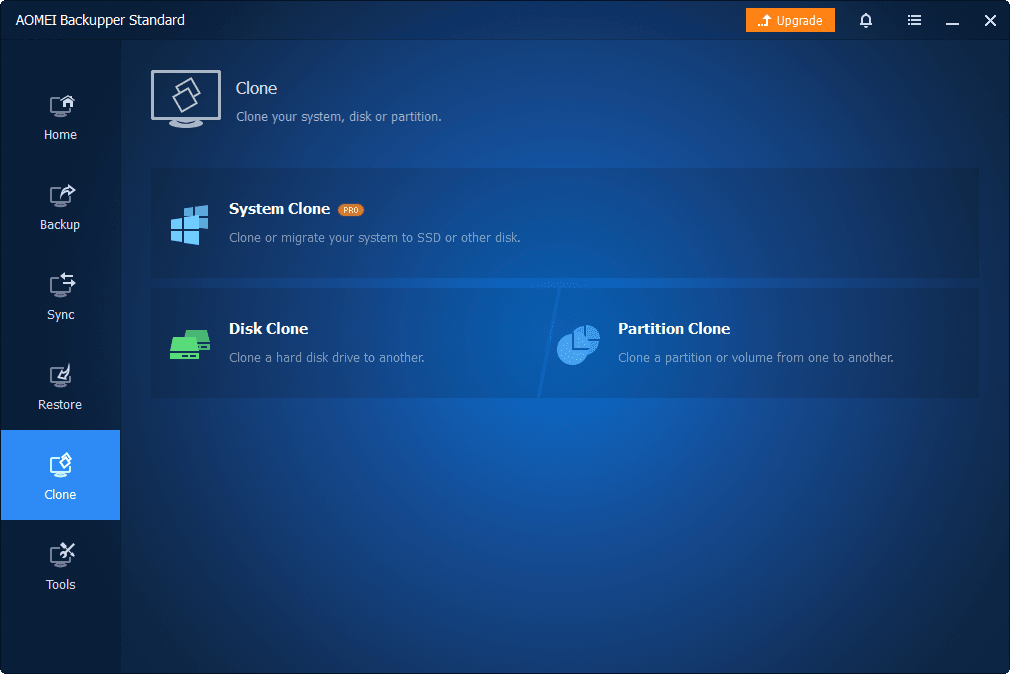 Other Tools. It also supports to Check Image, Create Bootable CD or USB flash drive, Explore Image and so on. 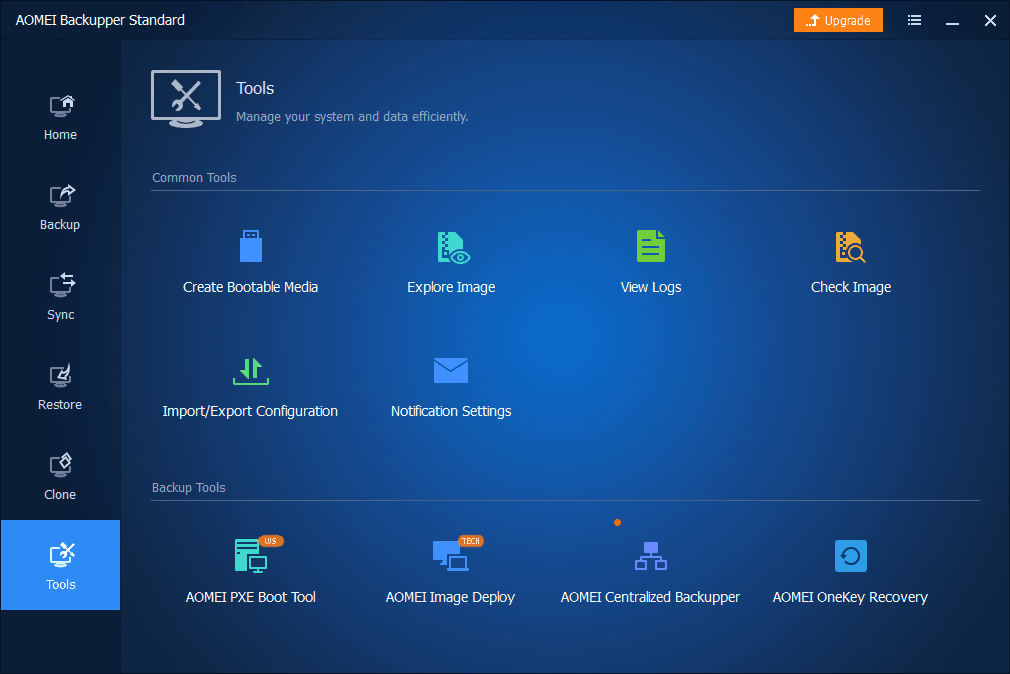 Auto backup. You make a schedule backup to run your backup task automatically and regularly, at the same time, you can use it to do full backup, incremental backup or differential backup.

Now, you find that the Toshiba NTI Backup Now EZ free alternative - AOMEI Backupper Standard is more than an alternative, actually, it’s an independent and powerful software and it is the best choice for you to do backup job, restore job, and clone job etc.