How to Install OS on Multiple Computers Simultaneously

Can you install Windows 10 on multiple computers at the same time?

“We use industrial PCs running windows with our software to control machines we sell. The PCs are identical hardware. How would we go about creating an image to use on each so we don't have to go through the windows install, drivers, and our software install each time. How do we handle the unique windows product id/key?”

Like the above case, there may be many small, medium, large enterprises that want to deploy image to multiple computers and have similar questions. Here, I’ll explain in details.

For the first question, you could use a trust and reliable backup software and image deployment software that can help you install OS on multiple computers without reinstalling one by one. And the computer must be in a same LAN.

For the for the second question, if you are using a Retail product key, you could use it on multiple computers. However, it’s not legal and you are not able to activate more than one computer with installed Windows. Thus, you’d better to buy extra product keys if you have many computers.

AOMEI Backupper Standard is a trusted and reliable backup software used worldwide. It can help you backup system or disk in a very short time.  And it also provides extra features, such as daily/weekly/monthly backup, full or incremental backup, etc.

AOMEI Image Deploy is a FREE image deployment and network cloning software that supports deploying or restoring an image to multiple computers over network. And here are the advantages of it.

Preparations for installing Windows 10, 8, 7 on multiple computers at once:

To install Windows on multiple computers with identical hardware, use the following steps. Here, I will take Windows 10 as an example.

1. Download AOMEI Backupper Standard on the server computer and create bootable media with it. You need a bootable disk to create a system image without SID.

Tip: To deploy image over network, there must be a DHCP server on your LAN. If no, please tick the checkbox before "Enable DHCP".

6. Use WinPE ISO file to boot your client computers. Once AOMEI Image Deploy shows "The service has started, waiting for connect...", start all the client computers from network boot and wait for them to boot up successfully. 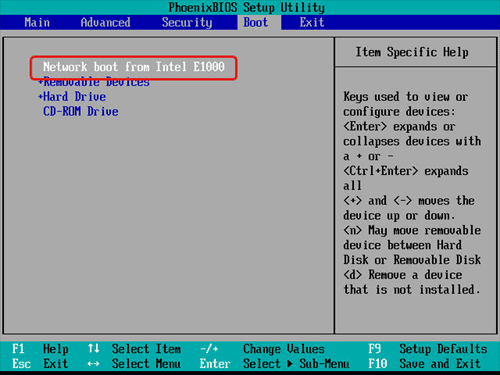 9. View the image deployment progress on server computer and wait. You can choose whether to shut down or restart the client computers after the deployment is completed.

Now you know how to install OS in multiple computers at a time - you need to create a system image backup with trusted and reliable backup software like AOMEI Backupper, and then use image deployment software to clone Windows 10, 8, 7 to multiple computers at once. If you need to run dissimilar hardware restore, AOMEI Image Deploy Technician is recommended as it offers the "Universal Restore" feature to avoid boot failure after deploying.