Windows Server Backup Schedule Less Than Once a Day

Learn the simple trick to use Windows Server Backup to schedule less than once a day backup job. Besides, an easier way to create multiple daily/weekly/monthly backup schedules is also included in this article.

Is it possible to schedule a backup less frequently?

However, you cannot use Windows Server Backup to schedule less than once a day backup job with the WBS interface. You can only schedule daily backup jobs or more frequently. If you want to have a less frequent scheduled backup, like weekly scheduled backups, you can create a scheduled task with Task Scheduler to run WBadmin backup command as a workaround. 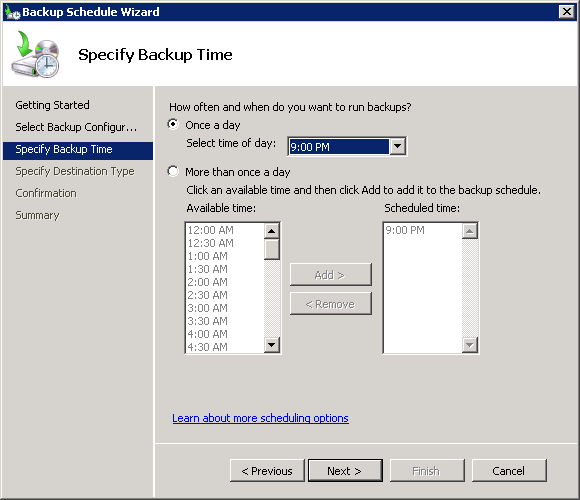 1. Type “task scheduler” in the search box, and in the listed results, choose Task Scheduler. 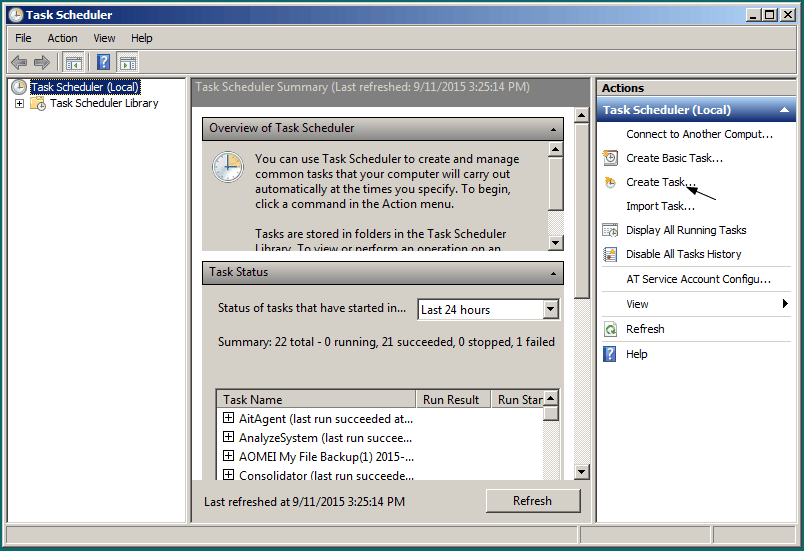 4. Switch to Triggers tab, click “New” to add a new trigger. In the new pop-out window, you can specify any day(s) in a week or month to run the task rather than daily.

5. Then go to Actions tab, and click New to add a new action. Input “wbadmin” in the Program/script box, and a WBadmin command in the Add argument (optional) box. For example to create a WBadmin bare metal backup to H: drive, just type the following command:

6. You can adjust other settings depending on your needs and click “OK” to finish creating this less frequent scheduled backup.

The backup disk will eventually get full though it claims to delete old backups automatically. When it does, you can delete backup files using WBadmin command. If you think this method is too complicated for you and you need something more simpler to create scheduled backups, you can try third party server backup software AOMEI Backupper Server.

AOMEI Backupper Server allows you to directly create daily/weekly/monthly/event triggers scheduled backup. Besides full backup, it also provides incremental and differential backup, and incremental backup to network share is not a problem.

With the user-friendly interface, you can set the backup schedule in minutes. Next, we will take system backup as an example to create scheduled backup with AOMEI Backupper.

1. Download, and run this backup utility for Windows Server.

3. In the next screen, you can see the needed partitions for a system restore have been added in the backup. You need to just click the drop-down menu to specify a target location path to save the backup image files.

4. Click the “Schedule” button to specify when exactly you want the backup to run. As in Task Scheduler, you can set a specific time in a day, any day in a week or month or when a special event triggers to start the backup. 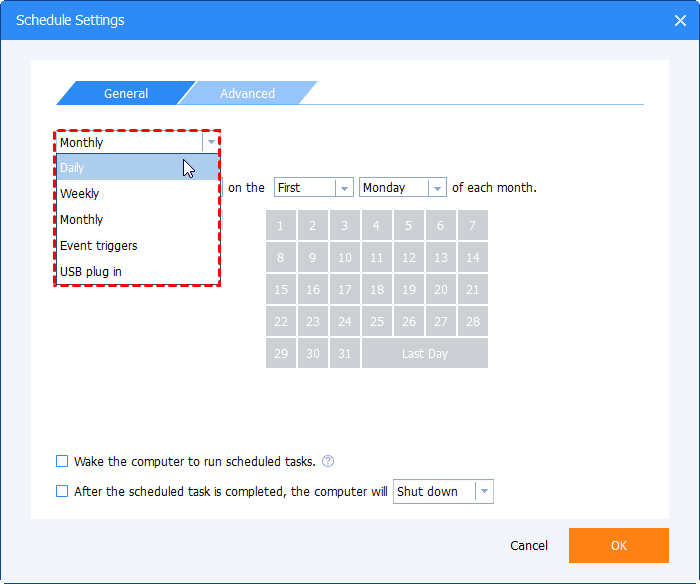