Restore System Image from USB with the Best Freeware

Knowing how to restore system image from USB can help you a lot in system image recovery. AOMEI Backupper is the most suitable software to solve this problem.

What is a USB?

USB, short for Universal Serial Bus. USB was designed to standardize the connection of computer peripherals to personal computers, both to communicate and to supply electric power. It has become commonplace on other devices, such as smartphones, PDAs and video game consoles. USB has effectively replaced a variety of earlier interfaces, such as parallel ports, as well as separate power chargers for portable devices.

How to restore system image from USB

After talking the function of system image recovery, we need to find out the way to restore system image from USB. The first question may be how to choose a tool for restoring. All customers may strongly attach importance to the efficiency of restore function. Besides, the difficulty level of operation should be taken into account. And what means much to users is the cost of completing the process, including the cost in time, energy and money. 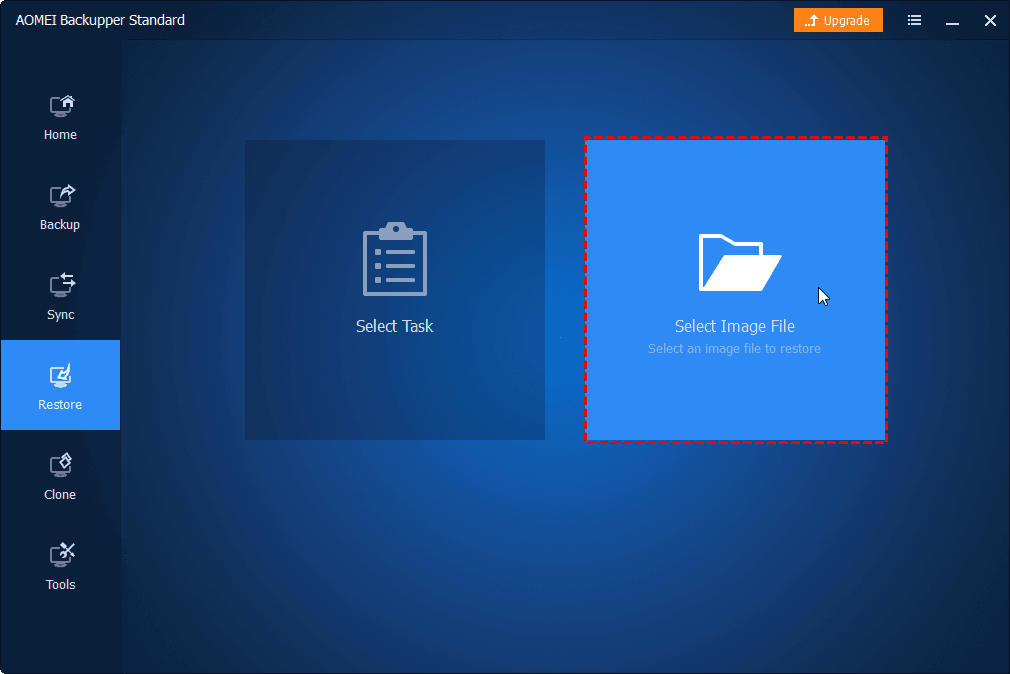 This article tells you how to restore system image from USB. The software provided in this article is free to use and is free of bundled software and advertisements. In addition to restore functionality, it also embeds backup, clone and sync functionality. You can use it to set auto backup folders to USB drive with just a few clicks. Don't hesitate to try it!