If you encounter error “VSS waiting for completion” in Windows Server 2008/2012/2016, you can refer to this article and find solutions here.

“If anyone has any experience with this issue I would greatly appreciate it. Microsoft Exchange VSS writer remains in state 5: waiting for completion and completion never occurs. The only way I have been able to reset the status is by rebooting exchange.

The only time I have this issue is when I use BE to backup exchange. When I use windows server backup I don't have this issue. I can't keep rebooting the server all the time.

My environment is simple: Single Exchange Server 2007 SP3 (no rollups), using local storage. My OS is Windows Server 2008 SP2. My Backup software is BackupExec 2010R2. I have the same issue regardless of backup device.“

The Shadow Copy Service(VSS) System Writer is used by the cryptographic services provided by the operating system. It is used to enumerate and replace system files when the signature of a system file is different from the signature stored in the security catalog database.

Sometimes, when you perform a backup on Windows Server using the VSS system writer, the backup fails. If you check VSS writer on exchange Server, the Microsoft exchange writer shows waiting for completion.

While investigating the VSS backup failure issue we observed that VSS backup fails when the VSS is in waiting for completion state. VSS backups are successful on those systems where system writer is in stable state.

As mentioned above, “VSS system writer missing” error is caused by the cryptographic services. Thus, you need to restart the service and make sure its status is stable. The specific steps are below.

Step 1. Type services.msc in the Search Box and press Enter 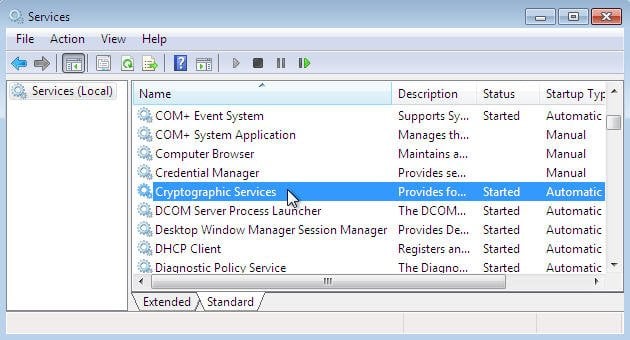 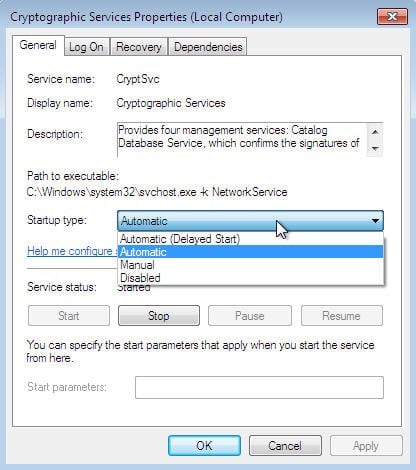 Press “Win+R” and type “cmd” in the Run window, then type "vssadmin list writers" to check the status of system writer. If the system writer status is marked as “Stable”, try to backup again. If it’s still not working, you can try to restart server.

Directly use an alternative backup software to create VSS backup

Fortunately, here is a professional backup and restore tool embedded with built-in VSS technology which allows you to create system backup, disk backup, file backup or partition backup without interrupting and restarting the computer, even when there is something wrong with the Volume Shadow Copy Service - it is AOMEI Backupper Server. This software is very easy to use even for beginners and supports server 2003, 2008, 2012, 2016, 2019 and its R2 version.

You do not need to choose the source, it will choose automatically. Because there are some hidden system partition you may ignore and finally your computer will fail to boot. 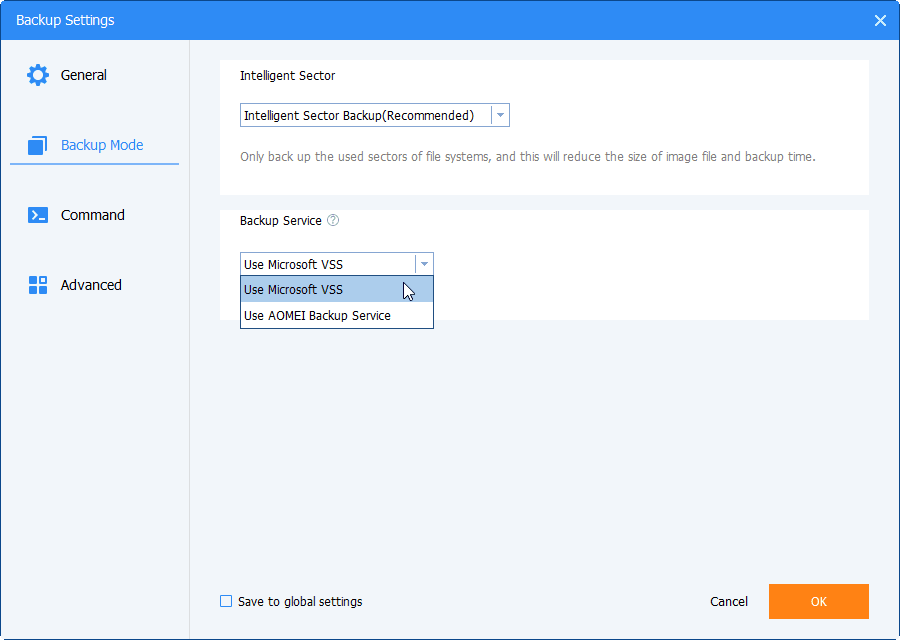 Note: Beside VSS services, this software still offer you other backup options or useful features. Here, I’ll explain in detail.
• Enable encryption for backup: This feature is designed to protect your private files or sensitive data. If you want to see your data with encryption, you need to type the password first.
• Daily, weekly, monthly backup: This is the most basic schedule backup settings, which allows you to backup system continuously and keep the installed software and data up-to-date.
• Event-trigger backup: In order not to affect your work efficiency, you can backup system on shutdown with “System Shutdown” in event triggers.
• Incremental or differential backup: Both backup types only backup changed files or folders after the first full backup. The most obvious advantage is to save backup disk space and backup time.

With AOMEI Backupper, you will not worry about the error VSS writer waiting for completion for server 2008, 2012, 2016. It allows you to create an image backup even if the VSS system writer is missing. And all steps of the backup operation are very easy and you can understand in a very short time. In addition, it still provides you other backup options or useful features, such as, backup compression, splitting, backup scheme, and more.

If you want to protect unlimited PCs and servers within your company, you may choose AOMEI Backupper Technician Plus. It offers unlimited billable technical services to clients. It also enables you to copy installation directory for portable version creation.