HDClone, an application for backups and copies of hard disk, belongs to one of products of Miray Software, and its latest version is HDClone 6. HDClone works independent of partitioning scheme, file system, and operating system since it has its own bootable system which could be counted as its most outstanding feature. HDClone creates physical or logical copies and file images of hard disks.

HDClone has Free, Basic, Standard, Advanced, Professional, Professional Portable, and Enterprise 7 editions aiming at different groups of users. Free edition is the non-commercial plan that is more popular than its commercial editions in PC users.

The workflow of HDClone is pretty easy. Take HDClone 9 Professional Edition for example. If you want to clone disk, start this software, choose the function you will use, select the source disk, select the target disk, and click Start. 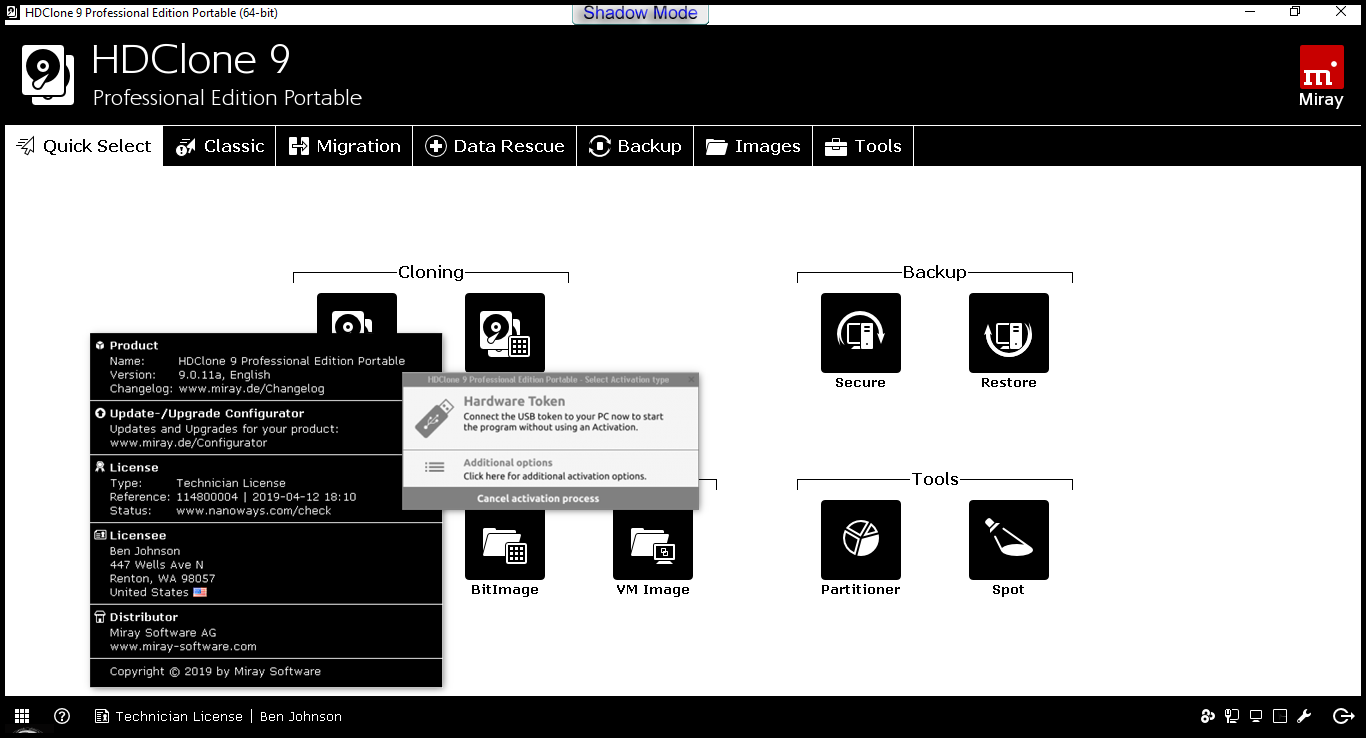 From what have discussed, HDClone is great clone software. However, there still exists necessity to use alternative to HDClone. There are some important features missing in HDClone Free edition.

Those missing features may exist in HDClone commercial editions, but you need to pay for them. Find one HDClone free alternative could save you a sum of budget, so why not?

There are many HDClone alternatives out there, and AOMEI Backupper belongs to one of them. Like HDClone, AOMEI Backupper has different editions for different community users, Standard, Professional, Server, and Technician. The Standard edition is a free version that would help you clone a hard drive. Here are some features you may prefer:

For common backup purpose and data migration on Windows, the Standard edition is more than adequate. Download this freeware to start your data protection or migration jounery. If you'd like to use more advanced features, you're welcome to upgrade to higher editions.

The following are some helpful features that might be useful in backup or clone operations. Here will take the Standard edition of AOMEI Backupper for example.

It will backup only used sectors of file systems if you choose this option, which could reduce the size of image files and backup time. 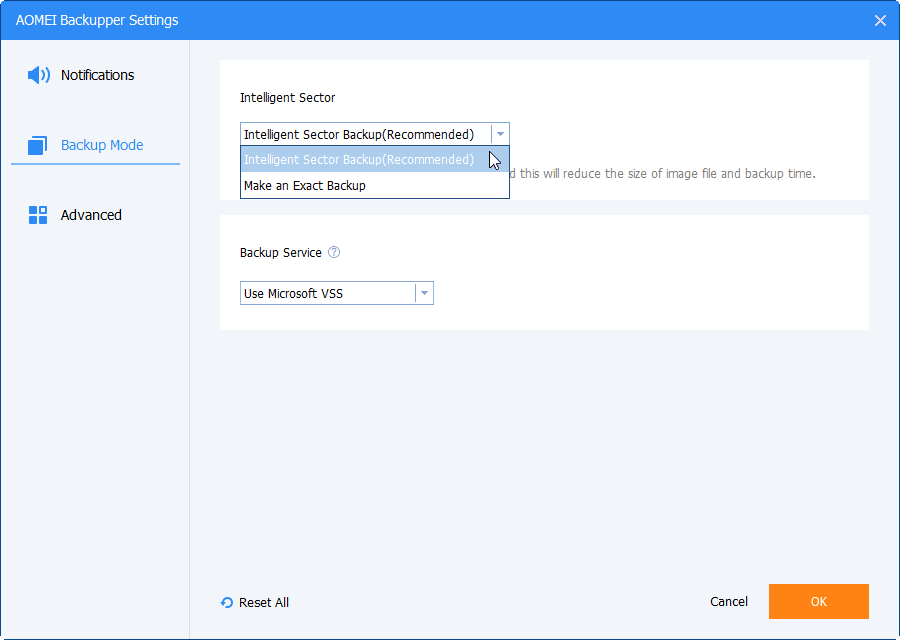 This feature is quite helpful when you want to keep an intact duplication of hard drive while cloning. Note that the sector by sector clone mode will cost more time than default intelligent clone mode because all sectors will be copied, and the destination disk must larger than the source. 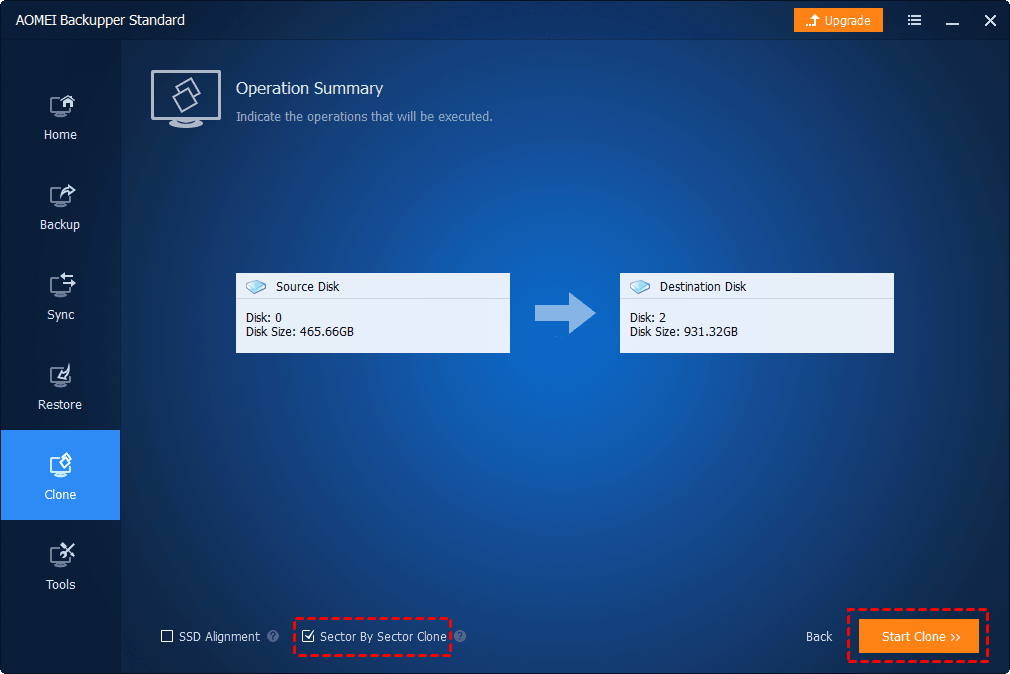 You have three levels to compress you backup images. The higher level you choose, the longer time you will spend. 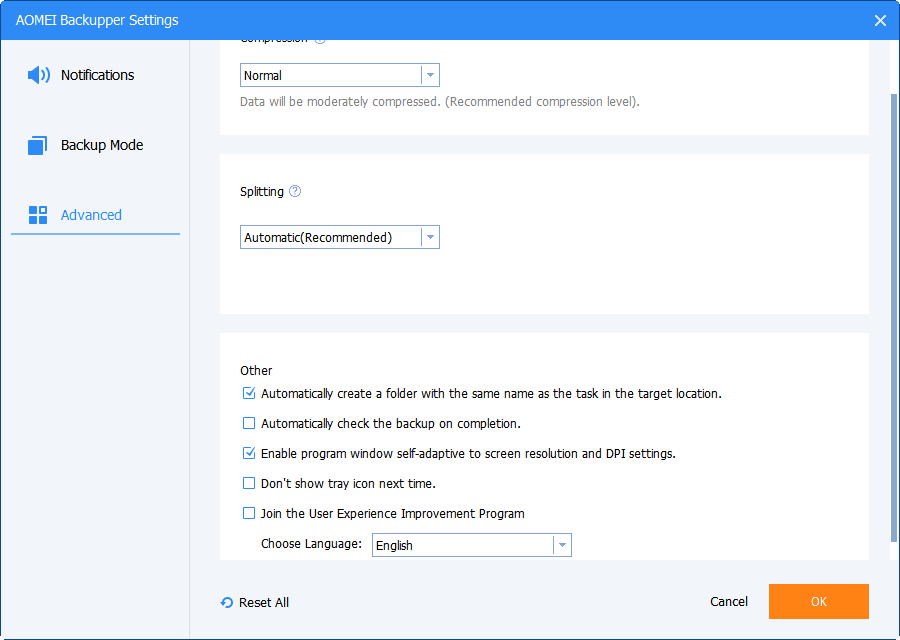 This HDClone professional alternative AOMEI Backupper Standard is handy and reliable software. It has smaller installer package with no ad-ware binding. You are able to create bootable media with the help of AOMEI Backupper Standard as well. Some helpful features in this software like backup data from corrupted hard drive, clone hard drive with bad sectors, boot from PXE tool, and backup hard drives without booting Windows will solve lots of practical issues for you.

You May Also Like
Best Free Cobian Backup Alternative
How Do You Clone Hard Drives to SSDs in Windows 10?
Sync Files between Computer and Flash Drive via Easiest Freeware