Freeware to Backup Files to OneDrive (for Business) Automatically

Why backup files to OneDrive?

For single file, you can drag and drop it to the OneDrive folder. But for large amounts of files and long-range-planning, it’s better to use professional backup utility. Besides, new files could be created every single day, so it is better to schedule backup them to OneDrive cloud. However, how do you backup local files and desktop files to OneDrive in Windows 7/8/8.1/10/11? Actually, it is quite easy.

What should you use to sync PC files to OneDrive?

To backup files as well as large files to OneDrive, you will need reliable and powerful backup and sync software. This software should be able to automatically sync files to OneDrive as a backup and with no user interaction after the first configuration. It is better for free. AOMEI Backupper Standard is professional backup utility that is free for popular Windows personal operating systems like Windows 7, Windows 8, and Windows 10/11.

It will perform daily, weekly, monthly mode to protect your PC files with ease. One can also sync network files to OneDrive if the need ever arises. With its user-friendly interface, you can easily manage the process even if you’re novice to computer. Download this software and have a try.

How to sync files to OneDrive in Windows 7

2. Click Add Folder and add files you want to sync to OneDrive.

3. Click here to choose OneDrive folder as the destination path. 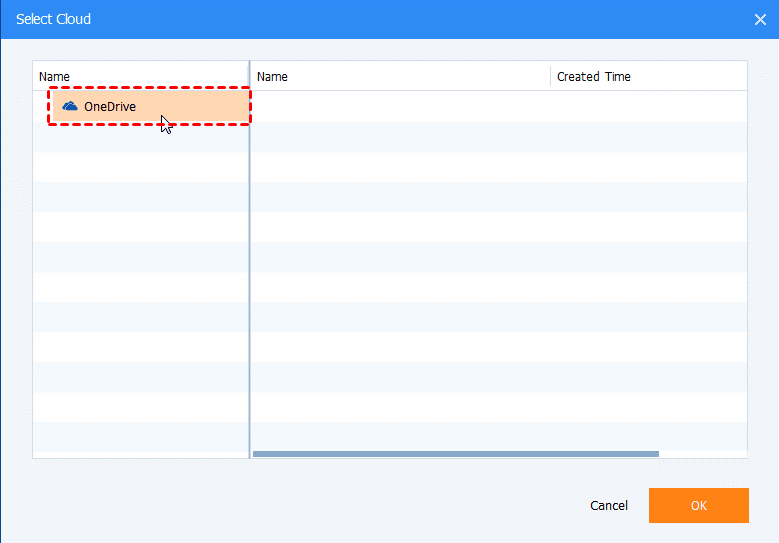 See, it is pretty easy to sync files to OneDrive as backup using AOMEI Backupper Standard. In fact, you can do more than that with the backup software. For instance, you can backup PC to NAS or backup NAS to PC for extra layer protection.

You could also create bootable disc or USB drive to backup hard drive when the Windows OS refuses to boot. If you want to backup files and settings to OneDrive in Windows 10, you can perform a system backup first and then sync the backup image to OneDrive. Once needed, you can access the image and do the restoring.

Apart from the cloud drives offered by third-party providers, AOMEI offers users its own cloud - AOMEI Cloud. You can backup files to AOMEI Cloud if you have an AOMEI account.

Command line operations, such as script command, take up less CPU resource and support unattended operations, which are very useful for advanced users. If you would like to give command line backup a shot, try AOMEI Backupper Professional.