As the best free alternative to FBackup, AOMEI Backupper is easier to use and provides more features than FBackup.

FBackup is free backup software to backup files or folders using "mirror backup". It allows you to create one time backup or scheduled/automatic backup job to any USB removable storage device, local hard drive or network shared location. With the support for many plugins, you can easily backup the software files saved deep within.

However, it supports neither system backup nor disk imaging. Therefore, you need to find an FBackup alternative to create a system image or disk image. Furthermore, it only keeps 1 version of backup, so incremental backup and differential backup are out of the question.

With backup images around, you can restore your data whenever you need. Apart from restoring a backup within Windows, you can create a bootable media in order to restore image backup in case of boot failure.

As a kind of software similar to FBackup, AOMEI Backupper has made it extremely easy to create a system image backup in Windows 10/8/7. You do not need to select the items to be included in the system backup as the program will do it automatically.

1. Download AOMEI Backupper. Install and launch the program on your computer.

3. The program will give the task a name and you can change it. Then click on the second bar to choose a local folder or a network shared folder as the destination path to keep the backup image.

4. For extra backup settings, you can configure them from “Options”. You can also set an automatic backup from “Schedule Backup”. After that, click “Start Backup” to start the backup.

While the backup is running, you can click the Settings icon to configure the following things:

- Tell computer what to do on completion: shut down, restart, hibernate, or sleep. 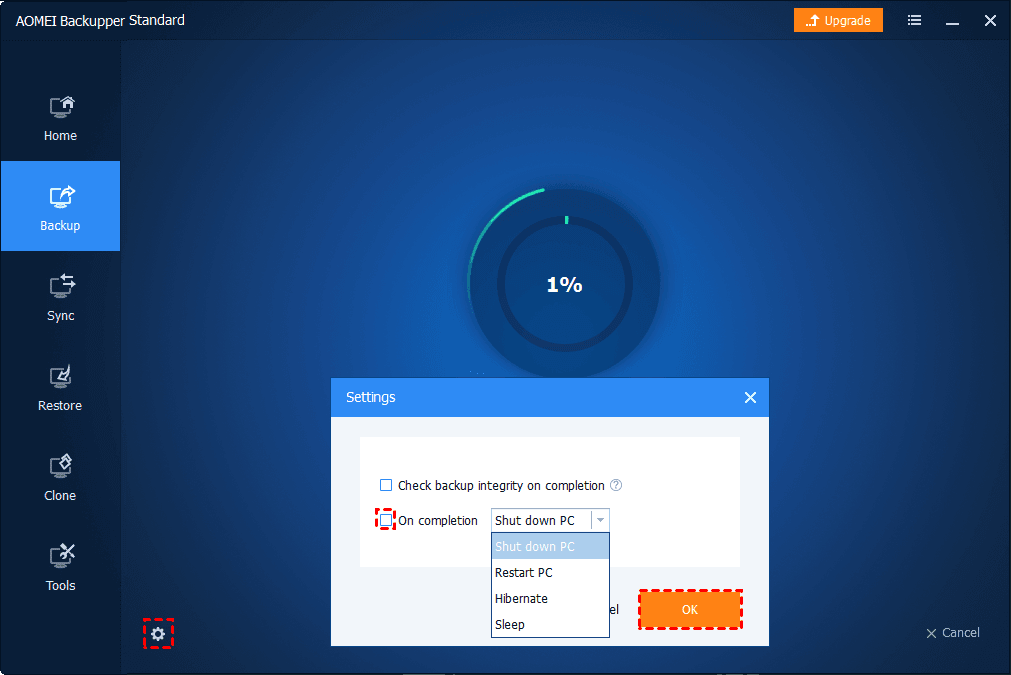 If you are looking for an FBackup alternative, AOMEI Backupper is the one. It can do what FBackup can do and it is more versatile. It enables you to perform system backup and disk backup besides files/folders backup.

In case you want to move Windows installation to another/a new computer without reinstalling OS, you can upgrade to AOMEI Backupper Professional to restore system to dissimilar hardware.