Comparison of VMware VMFS and NFS

VMware VMFS and NFS are the types of datastore used in vSphere. They are different from each other in storage. This article will provide you with detailed instructions about VMFS and NFS and offer efficient solutions for VM protection.

The Virtual Machine File System can be created on SCSI-based disks and on block storage accessed via Fibre Channel (FC), iSCSI and Fibre Channel over Ethernet (FCoE). It offers many virtalizatoin-based features such as simultaneous access to shared storage. When combined with shared storage, advanced vSphere features such as vMotion, DRS, HA, and FT are supported. Meanwhile, it can simultaneously write and read data to and from a single storage location.

NFS is short for Network File System. It is a network protocol which allows you to share files stored on a disk or disk array of server with other computers in the network. It is first produced in 1984 and developed by SUN Microsystems.

The NFS client is embedded in an ESXi host over TCP/IP to access a designed NFS volume that is located on a NAS server. The ESXi host mounts the volume as an NFS datastore, and uses it for storage needs. ESXi 6.0 or later version can support versions 3 and 4.1 of the NFS protocol. 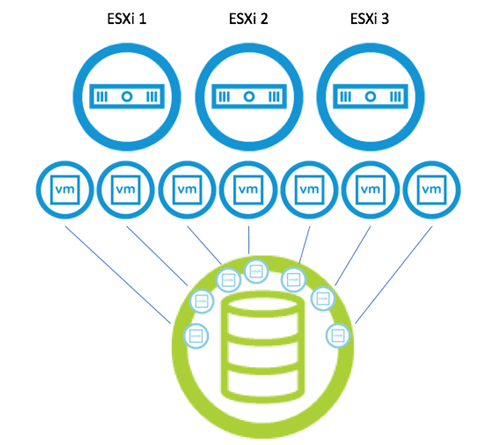 Here are the main changes of VMFS and NFS version. With continuous upgrades and improvements, there are more and more features.

VMFS 1: It is used for ESX Server 1.x, and it doesn’t support cluster. VMware VMFS does not support concurrent access to multiple servers. Clustering is not available and can only be used on one server at a time.

VMFS 2: It is used for ESX Server 2.x or 3.x and doesn’t support the structure of directory.

VMFS 3: It is for vSphere 3.x or 4.x, and it supports the structure of directory. 50TB is the maximum size. In addition, VMFS 3 is not suitable for ESXi 7.0.

VMFS 6: It is released in vSphere 6.5 and vSphere 6.7 is available to use it. It supports 4Kn and 512n storage devices and local devices.

1. TCP over IPv4 is now used as a standard

2. Was ratified as an Internet standard, described in RFC -3530

4. Exported pseudo-file system on the server is mountable as a single common root on the client.

1. One of the most significant changes in v4.1 was adding multipath, by introducing better performance and availability through load balancing and multipathing

4. Directory Delegation and other file types

9. Support for parallelism and data striping

How to choose VMware VMFS vs NFS

VMFS and NFS differ in the level of utilization. For the difference between VMFS and NFS, VMFS is a block level file system and NFS is based on file level. Besides, VMFS is created by vSphere, however, NFS datastore is created on the storage side and mounted with the shared folder on vSphere. Both VMFS and NFS have their own differences and advantages.

•Simplify disaster recovery and provisioning and administration of virtual machines

• Use of ILM and HSM, or QoS (can also be used with VMFS)

Is it still necessary to use backup for datastore protection

VMFS and NFS are both reliable and mature to be used in VMware environment. However, if hardware failure and power-outage happen, it cannot avoid data loss in datastore.  With the built-in features, you can backup VM in datastore such as download VM files, copy VM or migrate VM to another datastore manually. To provide automatic and more secure backups for multiple virtual machines, a professional software is important for you. In this part, I will introduce how to protect your VM comprehensively in the event of disaster using a free VMware backup software - AOMEI Cyber Backup. It is a professional backup software that automates backup tasks with a reliable backup strategy and always secure your VMware environment for free.

Please hit the button below to download and use AOMEI Cyber Backup for free:

How to safeguard VM efficiently with free backup software

1. Access to AOMEI Cyber Backup, and add vCenter or Standalone ESXi host as the source device. 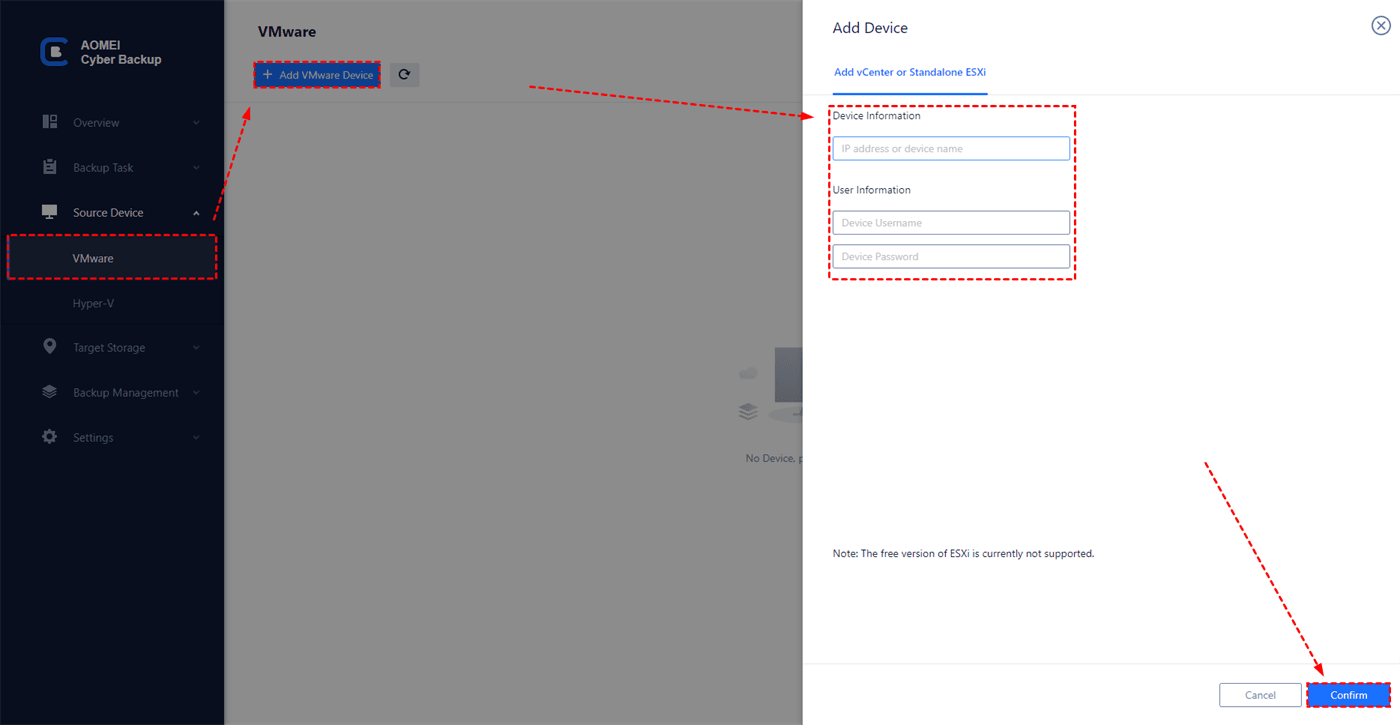 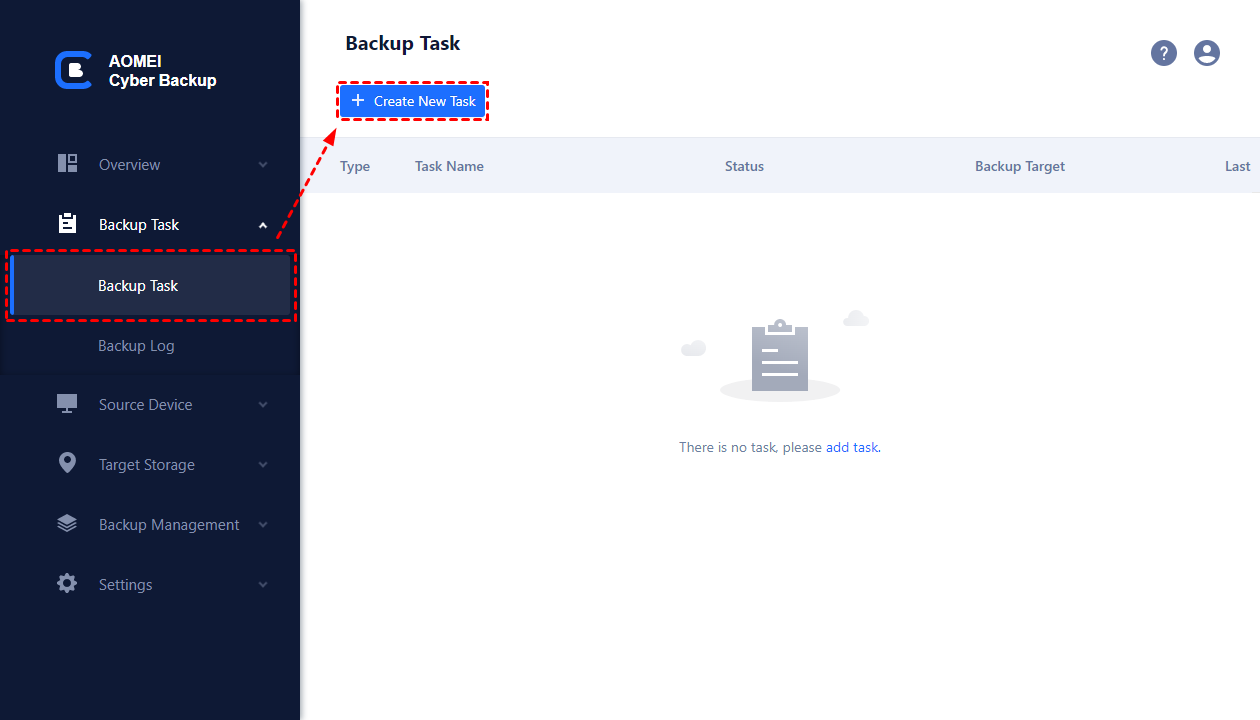 3. In the open window, name the backup task and choose VMware ESXi and select multiple virtual machines with important workloads for backup (up to 10 VMs in one task on Free Edition). 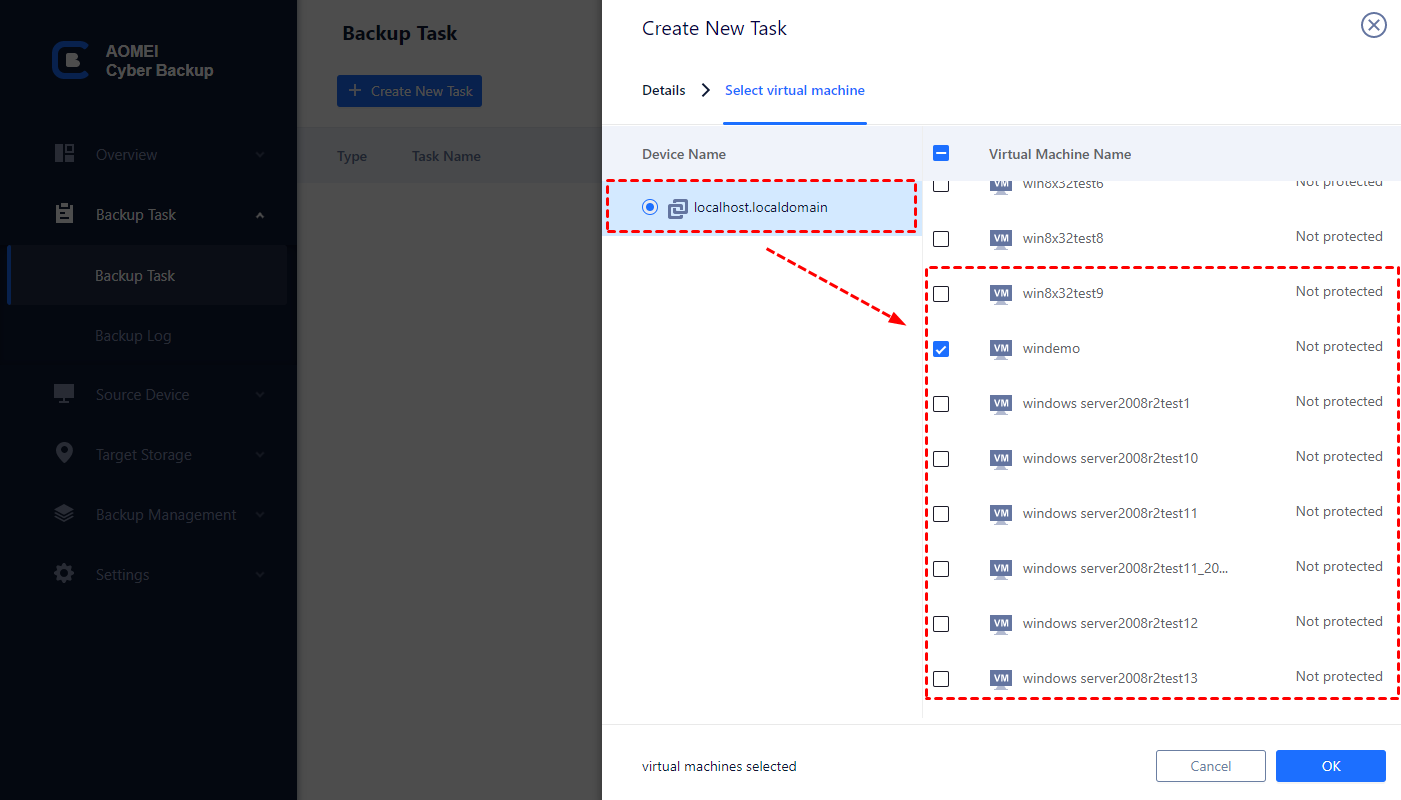 4. Target: Specify a destination to store VM files such as local or network. 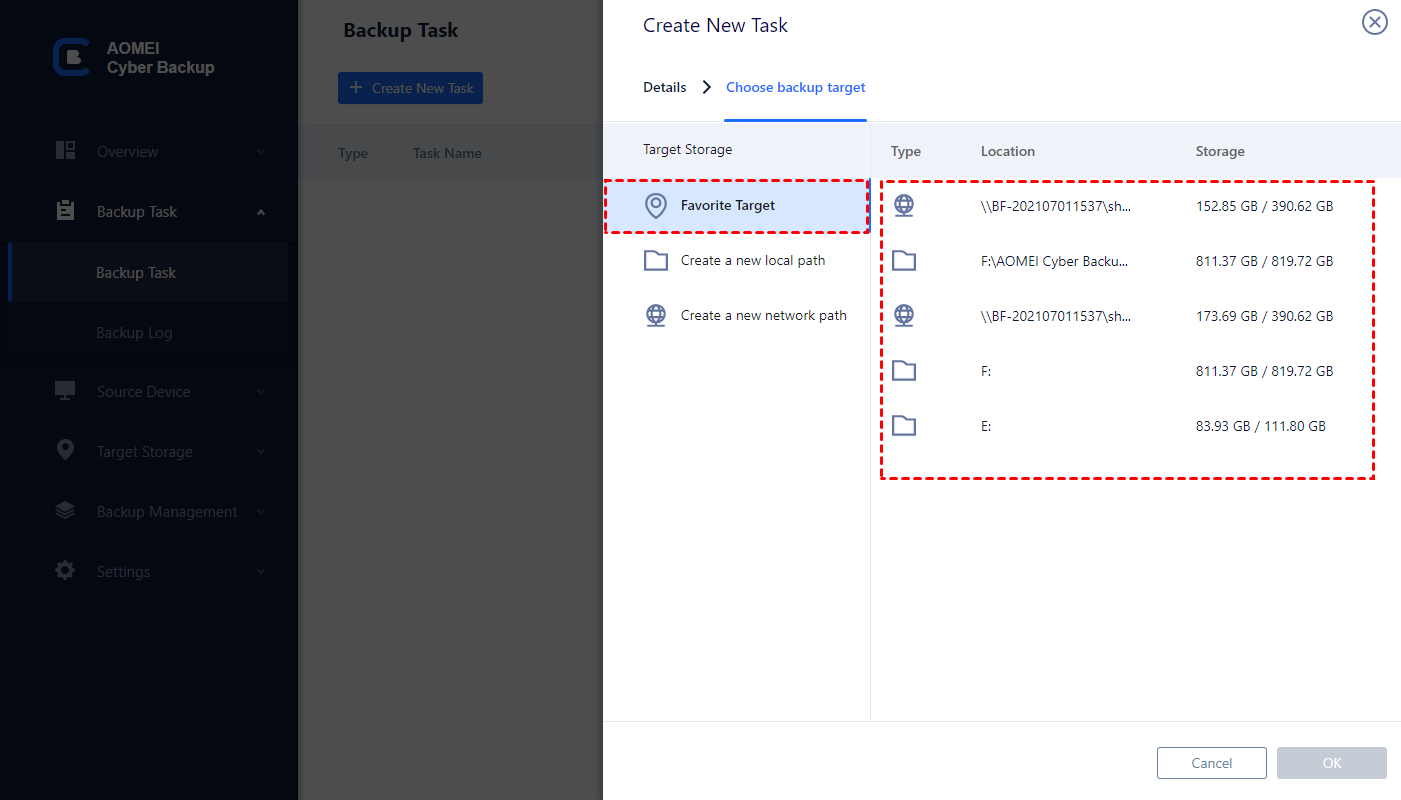 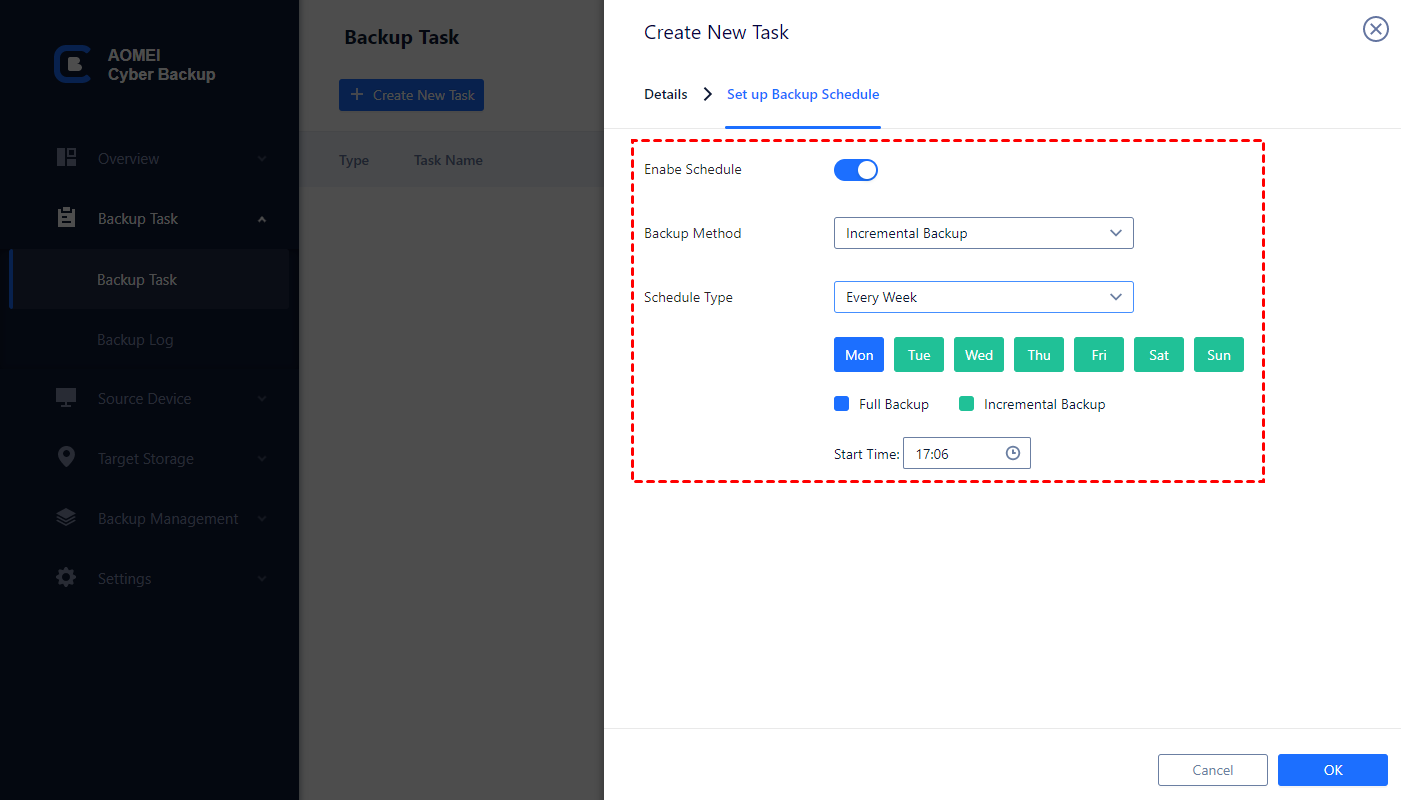 6. Then go to Start backup now or later. With a professional software, it makes data protection easier and safer.

✍ While the Free Edition covers most of the VM backup needs, you can also upgrade to Premium Edition to enjoy:
✦ Batch VM Backup: batch backup large numbers of VMs managed by vCenter Server or standalone ESXi hosts.
✦ Backup Cleanup: Specify retention policy to delete unwanted VM backups automatically, thus saving storage space and cost.
✦ Restore to new location: Easily make a clone of a virtual machine in the same or another datastore/host, without reinstalling or configuring a new VM. 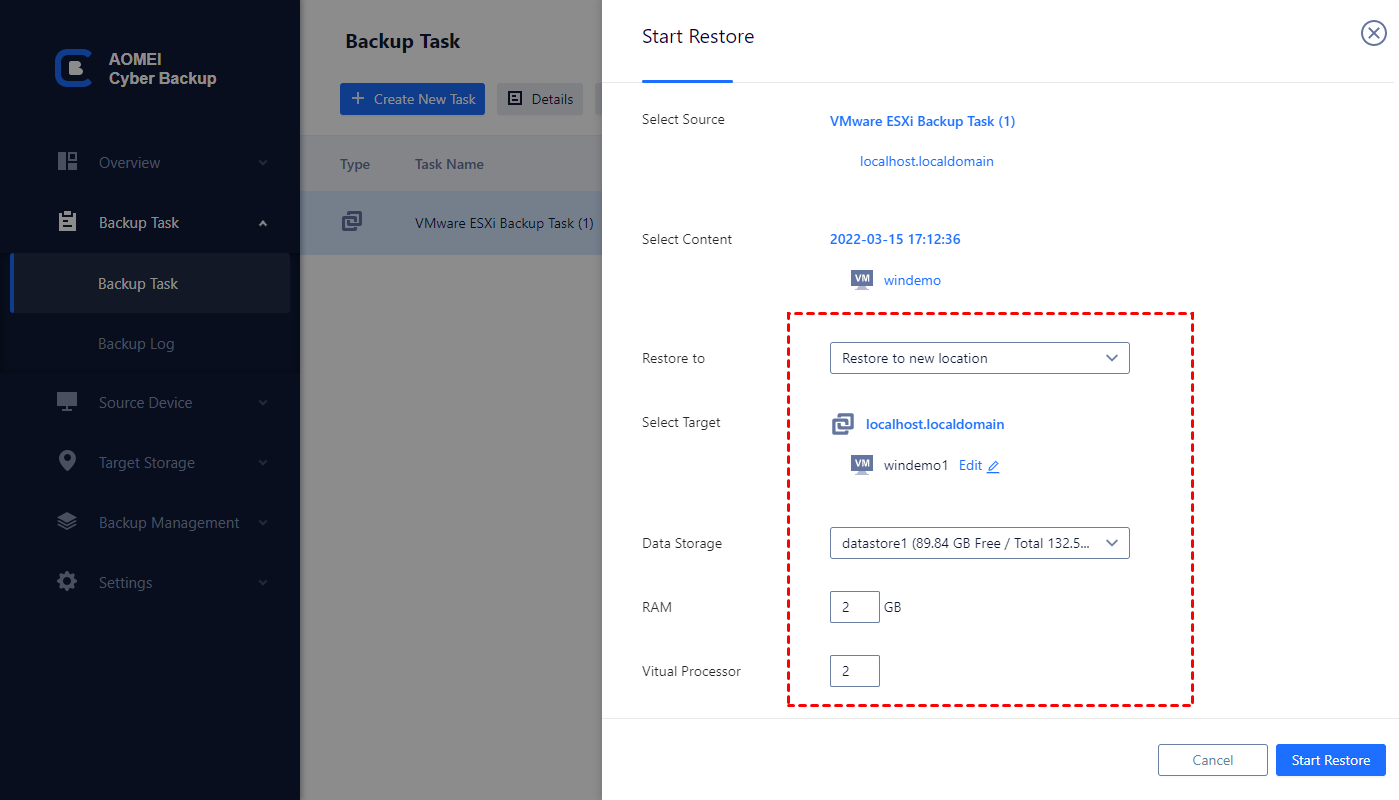 Additional information about types of datastore

In addition to VMFS and NFS, there are still 2 types used for storage in VMware environment such as vSAN and vVol.

vSAN: It aggregates all local capacity devices available on the hosts into a single datastore shared by all hosts in the vSAN cluster. See the Administering VMware vSAN documentation.

Did you know the difference between VMFS and NFS after reading this article? VMFS and NFS are efficient to be used in VMware environment. You can choose the suitable one according to your requirements of storage.

If you want to know how to create a datastore in VMware, you could continue to read our articles.