You may find the Move to iOS not working when you were using it to transfer data from an Android phone to an iPhone. This post will demonstrate 6 tips helping you out of this problem easily.

Moving from Android to iOS not working

I got my new iPhone 13. So I was trying to transfer data from my old oneplus 5t to the iPhone, but the move to iOS not working, and it says no iOS detected. Can you help me?

Why is Move to iOS not working?

Move to iOS is a helping tool to transfer data from an Android phone to an iPhone for new iPhone users. This app allows users to migrate all contents like contacts, videos, pictures, documents to an iOS device by entering the send code.

However, move to iOS app is not always working. For example, some users reported that they got an error saying “could not communicate with the device”, or “Unable to migrate”. Or it just interrupted. Even though you try again, it still not working.

Usually, there are lots of causes making this issue. Here we list 3 common reasons:

● The Wi-Fi is not stable. This tool only works in a Wi-Fi environment, so you need to ensure a strong and stable Wi-Fi connection.
● The battery level is low. If your Phones don't have enough power, the Move to iOS can be interrupted by a low battery.
●Not enough space for transferring: To successfully migrate all data from a phone to iPhone, you need to make sure the iPhone has enough free space to contain all data.
● Out-date firmware: Move to iOS app requires an iPhone running with iOS 9.0 or later versions. The Android phone need should be using Android 4.0 or later.

Don’t worry, in this case, we will provide several methods to help you solve the “move to iOS not working” issue.

6 Fixes to Move to iOS not working

Restarting devices usually works for the “Could not communicate with the device”. If you got the error message when you were using Move to iOS tool, just press the side button to turn off your iPhone and your old Android phone and restart them. Wait a second. Once they are restarted, run Move to iOS tool again to see if it works.

If the iPhone is not brand new and the battery can get years of wear, you may find your iPhone battery is draining Move to iOS can’t work if the battery level is low to guarantee continuity of data transfer. If the transferring process can’t start check the battery level and plug in your phone and iPhone to a power source. 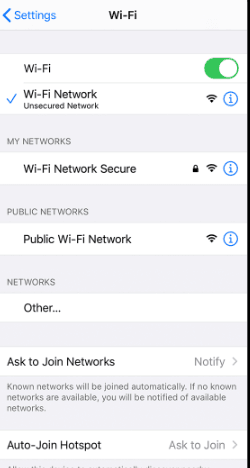 ✍Note: If your iPhone has a Wi-Fi connection error, you can go to this page to find an answer: Top 10 Fixes to WiFi Not Working After iOS 14/14.5 Update

On the one hand, the transfer time depends on the volume of the data, so if you have a large amount of data on the old phone, it seems that it takes forever to complete.

On the other hand, your iPhone should have enough storage space to contains all files that will be transferred. Generally, you can go to the “File” app, and see the storage internal storage or SD card storage on the Android phone.

To check iPhone storage, you can open “Settings” > “General”, and open “iPhone Storage” to see how much remaining space on your phone.

If your iPhone is low in space, you can go iCloud Photos to optimize iPhone storage, or factory reset your iPhone to delete data.

It seems that the phone’s network can affect the connection between the original Android phone and the iPhone. Airplane mode is designed to disable network and cellular data with the phone. So other network connections can’t hinder the functionality of the Move to iOS device.

✍Note: In some cases, you need to restart your phone initially before turn on the Airplane mode.

★ For Android device: Pulldown, and tap “Airplane mode” on the tray.

★ For iPhone: Swipe up to open “Control Center”, tap the airplane icon. 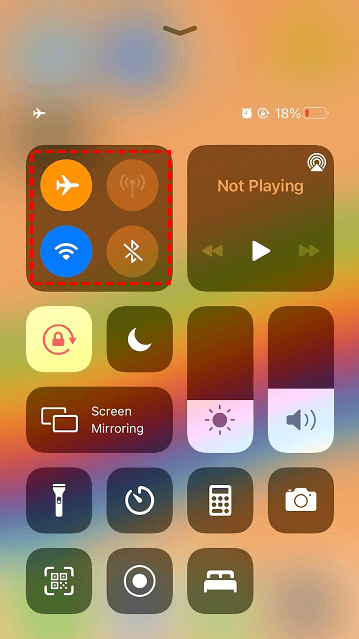 With the Airplane mode enabled, tap the Wi-Fi icons on the Android phone and the iPhone. Then run “Move to iOS” app again.

As mentioned above, Move to iOS app requires iOS 9.0 or later version and Android 4.0 or later. Besides, In some old iOS or Android phone system may have some bugs that cause transferring failure. So developers keep updating the system to fix bugs. The issue you’re just having may have solved by an update.

★ On an Android phone, you can go “Settings”, and tap “About phone”, then check and update the system. 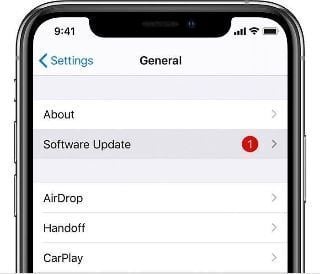 The steps can be different on various Android phone models.

After setting up your iPhone, you need to backup your iPhone. If you happen to lose your data, it is simple to restore the device from a backup to get back on track. Although Apple provides 5GB of free storage space for each user to store their data, apparently, that is not enough in today’s world.

Besides, with the iCloud turned on, your data will be synced with different devices. It is probably not the ideal way to backup the whole iPhone.

Here we recommend FoneTool, which is an easy-to-use iPhone backup manager for Windows computers. With this app, you can easily transfer iPhone photos, videos, messages, contacts, and other data to a PC or external drive, and quickly restore.

This software performs well in the following aspects making it to be one of the best iOS backup software.

● Select and preview backup. It allows you to select data you want to back up so you can have a partial or full backup.
● Fast backup and restore speed. It has been tested that backup hundreds of GB photos can be complete within a couple of minutes.
● Incremental backup. FoneTool supports incremental backup allowing you to only backup newly added data. So it won’t have a conflict with the previous backup files and save your time.
● Fully compatible with iOS devices. This tool works well with all mainstream iOS devices, including iPhone 4, 5, 6, 7, 8, X, XR, 11, 12, 13, 14, SE, and iPad, iPad Air, iPad Pro 2021, and iPod Touch. 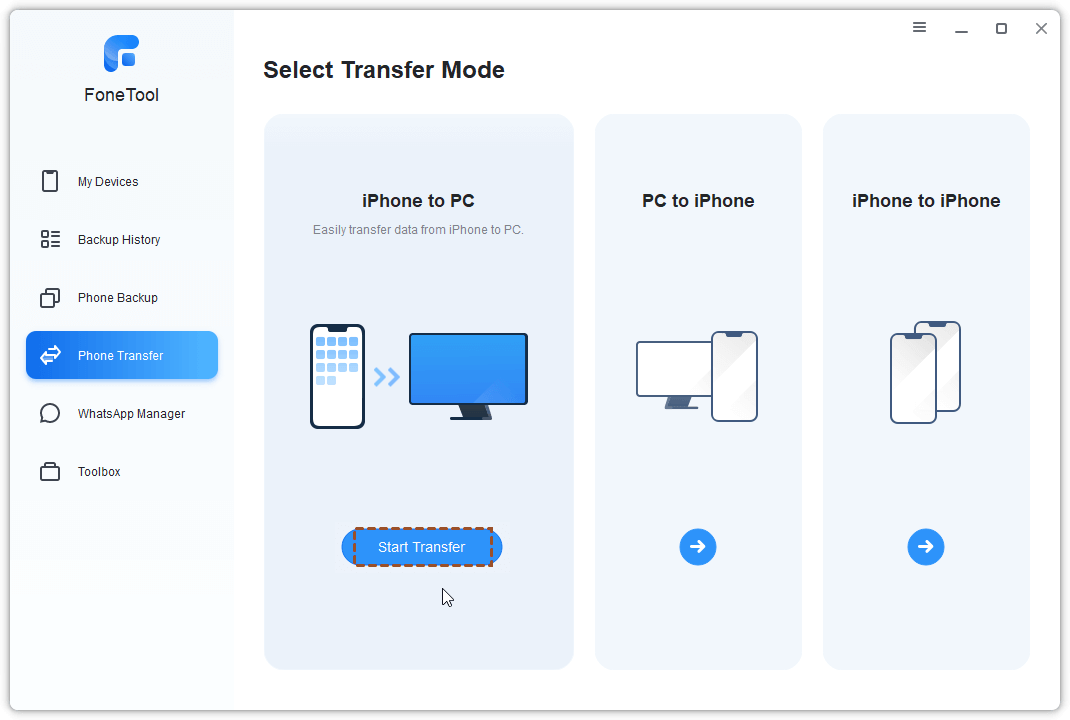 That is all about how to fix “Move to iOS not working”. Hope these methods can really help you solve the error of “Could not communicate with the device” or “Unable to migrate” or other related issues when using the Move to iOS to transfer data from OnePlus, Samsung, Xiaomi, and other Android phones to iOS device after setup.