Photos would be in danger if you update iPhone without backup. If you have iOS photos missing issue, follow this passage to retrieve your lost photos.

I updated my iPhone X to iOS 15, but photos disappeared from iPhone after update. It is so disappointing. I really want my lost photos back. Any suggestions would be appreciated.

iPhone is known for its premium firmware, stable iOS, and creative features and camera is one of the selling points. You could simply take high-quality pictures with an iPhone. During its life span, it is inevitably to update iOS while every time of iOS updating would bring trouble to users usually for compatibility. 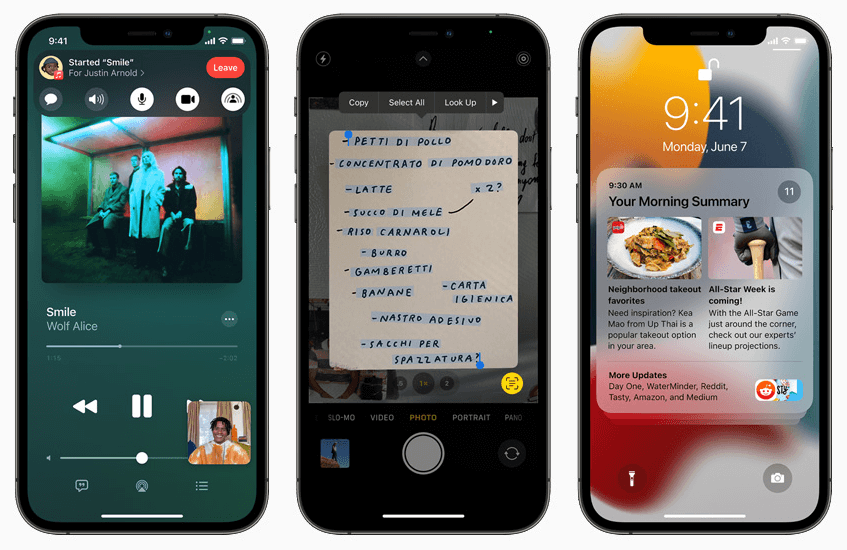 After updating iPhone to iOS 15, 14, many users find that some photos in Album or iMessage were missing. It would really be a disaster to suddenly lose so many photos that record the precious memory about you and your family.

If you find your photos missing after updating to iOS 15, they might be hidden or waiting to be downloaded.

●After updating your iPhone to iOS 15, you would find that you need to download all the apps again and so does the photos. Some of your photos were stored in iCloud, so if your network connection is poor, your photos could be downloaded very slowly, too. Just wait patiently or try better Wi-Fi. If it is caused by a system glitch, rebooting iPhone might be the simplest way to solve the issue.

●For compatibility, photos from some folders might be disposed of in the wrong way. They might be deleted or hidden by iOS 15, you need to go to Album to check or use third-party software to scan your iPhone.

●If your photos were completely removed from the iPhone, you could restore iPhone photos from iCloud backup or extract photos from iPhone backup. You might have used iTunes or iCloud to back up your iPhone, while do you know the difference between iCloud backup vs iTunes backup?

4 ways to recover lost photos on iPhone after update

The issue of iOS 15 photos missing doesn’t mean the photos completely disappear. If you have waited for a long time and rebooting doesn’t solve the problem. The following 4 ways might help you.

Usually, your photos would be automatically uploaded to iCloud. After you update iPhone to iOS 15, this feature might not be successfully switched on. You should go to iPhone Settings > [your name] > iCloud > iCloud photos to manually switch on the button.

Sometimes you would find that not only the photos in Album were missing, the photos in iMessage missing after updating iPhone to iOS 15, too. You could tap the name of the sender or receiver in any iMessage > tap Info and scroll down to the bottom, it would say that you have multiple photos in iCloud and you could download them now. 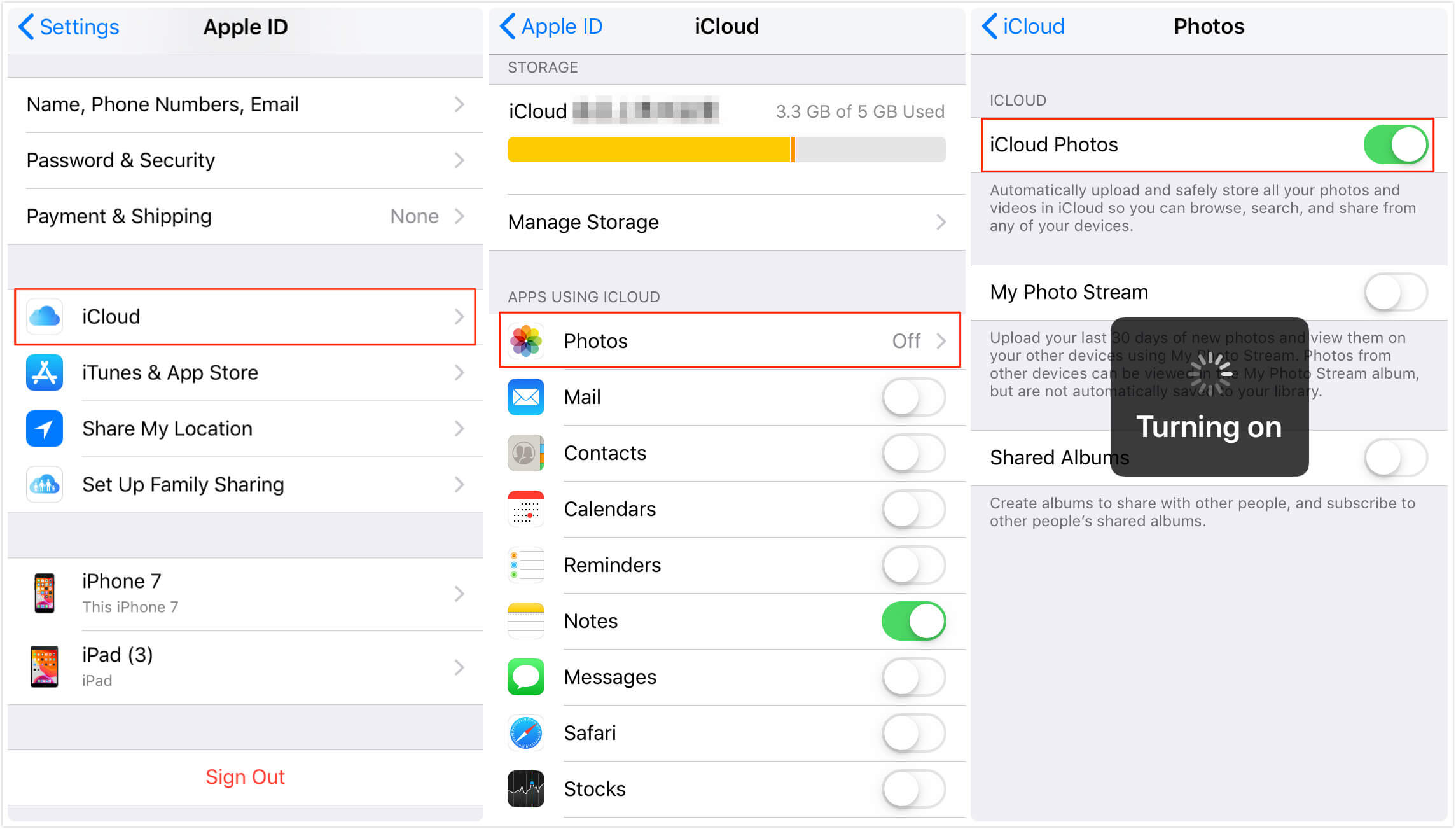 Because the compatibility of iOS, your photos might be placed in the wrong folders. You could go to Photos app > select Albums in the bottom > scroll down to the bottom and you could find the options Hidden and Recently Deleted. See whether your photos are there. 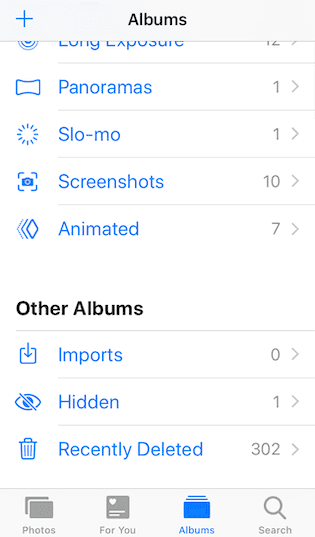 If you still could not find the photos on any folder. You could use FoneTool to scan all the folders.

Step 1. Download FoneTool to computer and connect iPhone to computer with USB cable and tap "Trust" on it.

Step 2. Click Phone Backup > Select Selective Backup. Click the icon of photos to view all the photos on your iPhone. 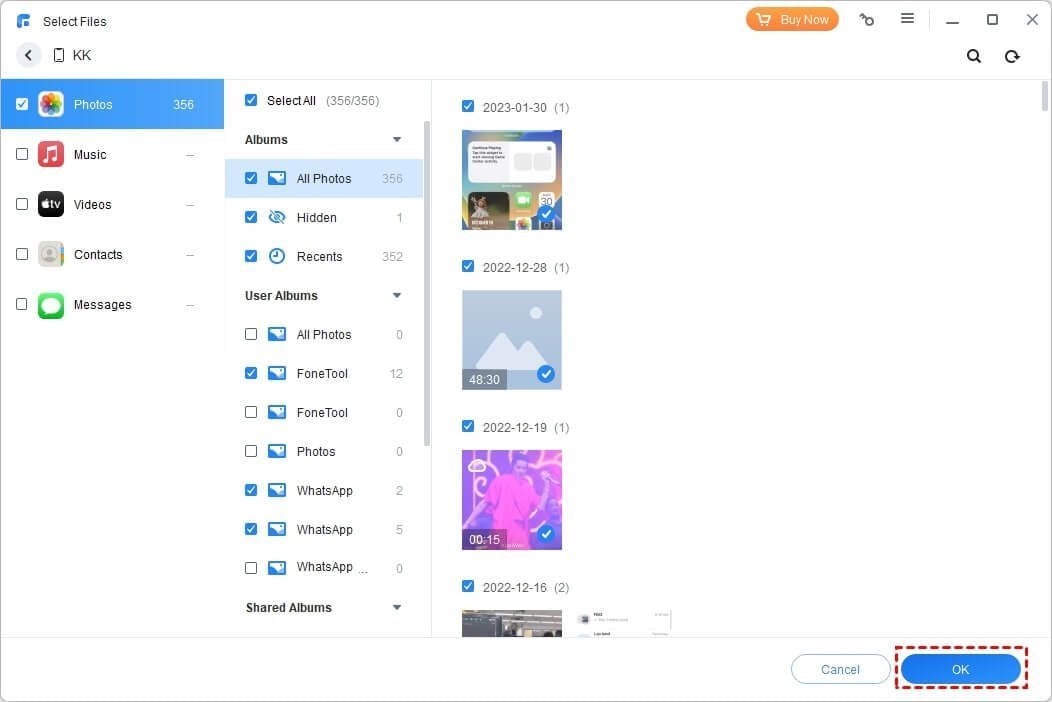 Tips: It is suggested tosave iPhone photos to computer by clicking Start Backup to avoid any other disaster happening to your photos. You should backup your other important files like contacts, and messages, too. In the digital world, data is very important. You lose data, and you lost fortune. 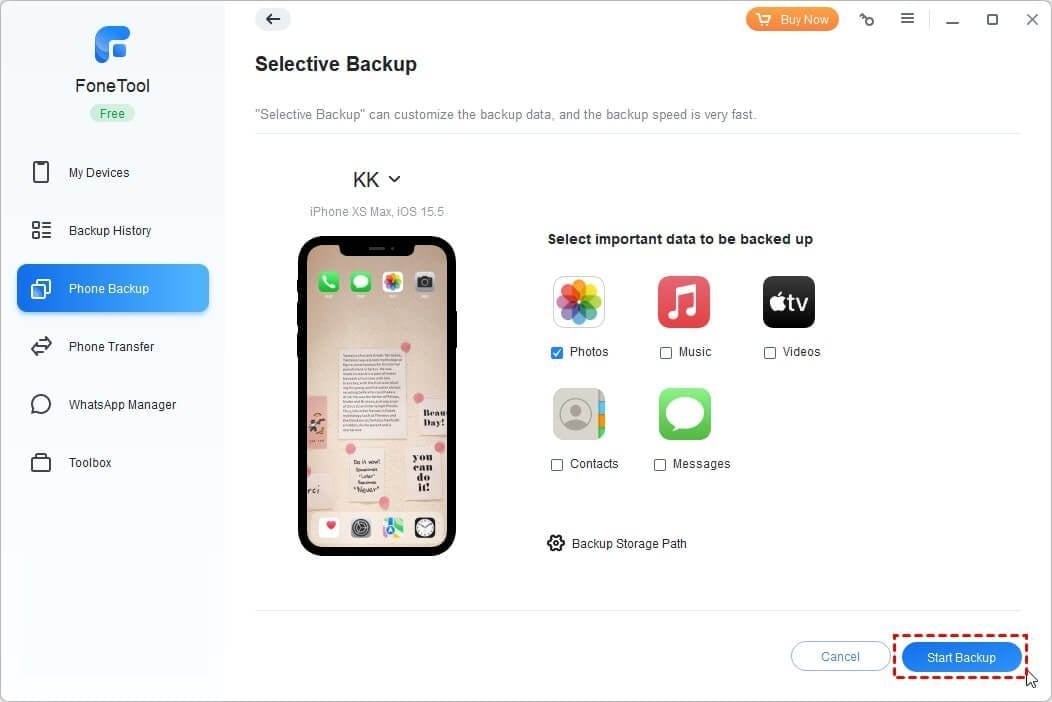 If you have saved photos in iTunes backup, just get your photos by iPhone backup extractor. If you are sure you have enabled iCloud Photos before or backed up iPhone to iCloud, you could download iCloud backup to PC and get all your photos.

Slow Internet connection or iOS bugs might cause iOS 15, 14 photos to miss but the solutions in this article will help you retrieve most of the missing photos.

It is suggested that you should not update the newest iOS when it’s just released for there might be some bugs. You could go to the forum or consult others to confirm whether it’s safe to update the new iOS.

You May Also Like
How to Fix iOS 15, 14 Won’t Install in 6 Way and Protect Data
How to Fix iPhone Does Not Receive Calls after iOS 14 Update
How to Fix Issues Can’t Activate iPhone after iOS 15/14 Update