Users of Windows Server 2008 may occasionally find themselves stuck in a situation where there is no more spare space in their disk. Consequently, your system partition is getting fully-stuffed and the whole system is running gradually slow. In this case, you may tend to purchase new hardware, most likely a bigger disk or an SSD for better and smoother system performance, and that’s when another problem gets in your way.

That is, without the willingness to bother to store all the data on a USB device or CD and reinstall the system in the new drive, you may want to directly clone the system to the new hard drive. However, be aware that system migration is not like the migration of other data such as videos and photos, which is just about copy and paste. So you need one professional cloning tool to help you make it.

With the intuitive user-friendly interface, the migration process has been made very simple. For advanced users, the software supports command line operations like clone hard drive in Command Prompt to execute unattended tasks.

AOMEI Backupper is embedded with a technology that enables you to clone system or disk without interrupting or shutting down the Windows and other running applications. Download the tool and connect another disk to your computer. Next, I will show you the steps to clone Windows Server 2008 to SSD with AOMEI Backupper Server.

Step 1. Run the tool and choose Clone and here we choose System Clone. If you want to clone an entire hard drive to SSD, choose “Disk Clone” instead.

Step 2. You don’t need to bother to find out which partitions are needed to clone in order to migrate your system since the program will automatically detect and select them for you > Decide a partition as the destination. Note that you’d better choose the first partition or available area on the target disk. Otherwise, the system could not boot. 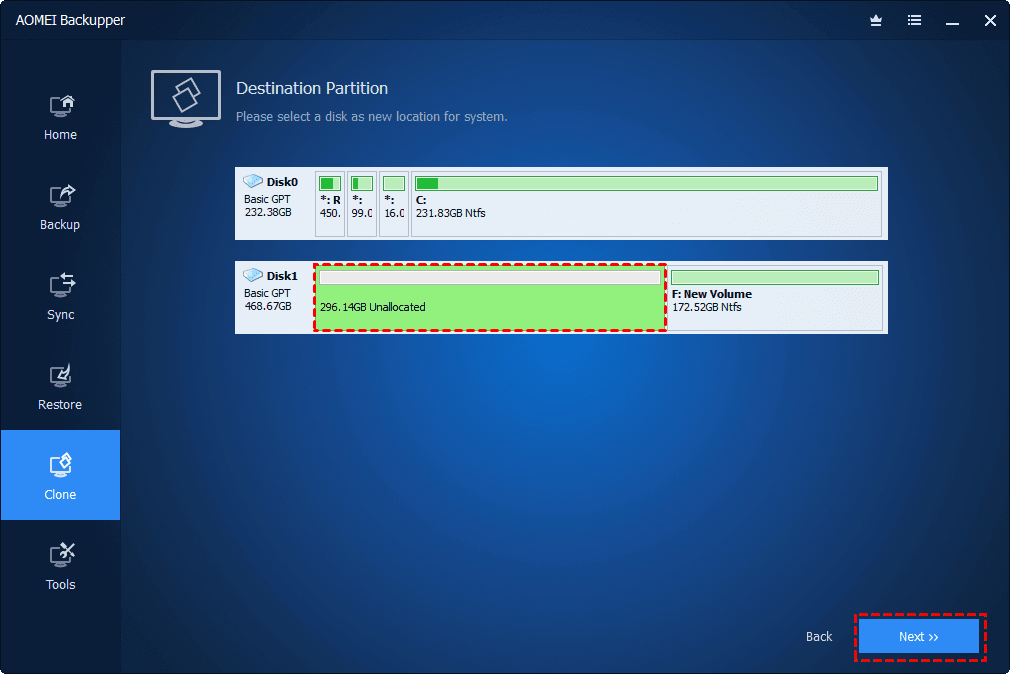 Note: Just know that all the data on the selected location will be removed when the cloning starts.

Step 3. Confirm the operation and click Start Clone. Wait for a while until the progress reaches 100%. 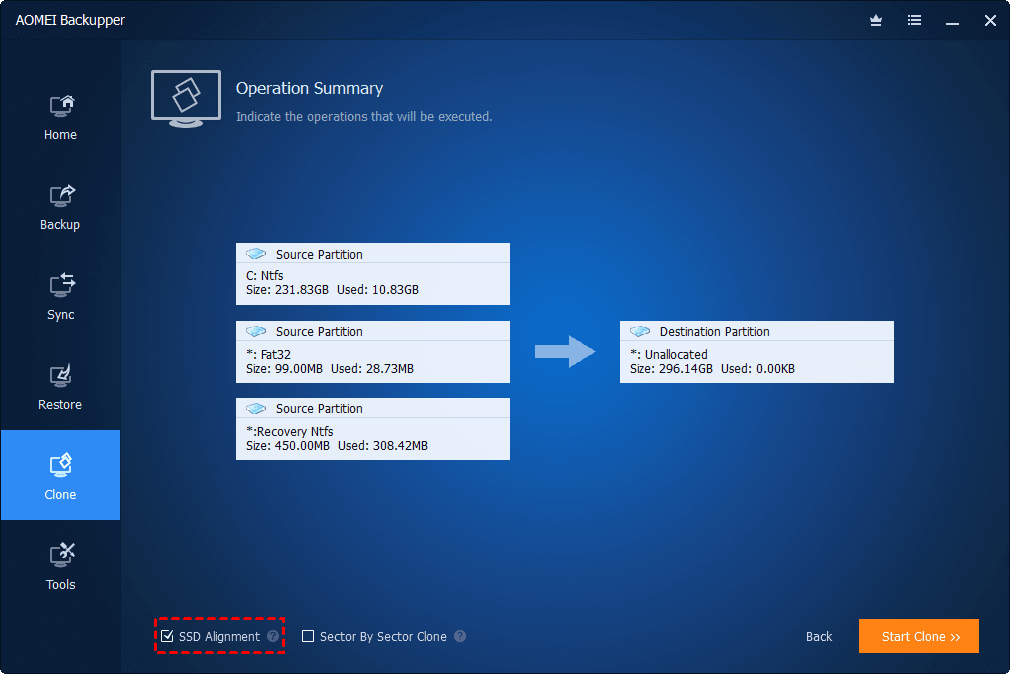 1. “SSD Alignment” could improve the speed of reading and writing as well as prolong the service life of SSD.

2. “Sector by sector clone” will clone the literally whole partition to the destination disk, no matter space is fully used or not. In this case, you need to be sure that the destination disk is not as smaller as the original one. Besides, this sort of cloning will consequently cost more time.

In order to make system bootable from the new hard drive, please shut down your computer after system cloning is completed. Then disconnect the source disk and connect the destination disk.

As you can see, with the help of AOMEI Backupper Server, you can easily clone Windows Server 2008 to SSD/HDD. It only requires a few steps and less time. What’s more, its cloning does not influence the data on your system drive, which means you don’t have to take time to download and install those necessary softwares one by one.