This article will introduce you how to clone Windows Server 2003/2008/2012/2016/2019 partition to another HDD or SSD with reliable cloning software AOMEI Backupper Server step by step.

Clone partition on a hard drive could be useful to prevent data loss from system fails and it should be essential to those who use a computer frequently or use the computer for storing important personal data or business dealings. Partition clone could also be helpful to distribute identical environment for multiple computers especially when it is the master server. Therefore, you might want to clone Windows Server 2003 partition in situations below.

To enterprises, time is more than money. Either to minimize the down time of the Server when accidents occur or to save time deploying identical settings to client computers, cloning a Windows Server 2003 drive plays a significant role in such conditions.

How to clone partition in Windows Server 2003?

There is one thing that you have to make it clear is the difference between clone and backup. Normally an image file would be generated in the process of backup, and the size of the source data will be compressed. It is not uncommon to backup Windows 2003 C drive. However, you got the extremely same sectors of source data with the same size. And you can use it directly instead of restoring first, like restore a backup.

Unluckily, you cannot use Windows Server 2003 internal backup tool (ntbackup.exe) to clone partition, because Microsoft has no function like that. Whichever partition you’d like to clone, the most important thing is to keep the security of information and data. Fortunately, an all-around software--AOMEI Backupper Server, which designed for Windows Server OS, in particular, could help you clone both system partition (C: drive) and data partitions (D:, E: F: drive) safely and solidly.

As mentioned before, if there is running program on a partition, you don’t have to worry about it anymore, because this program provides “Hot Clone” that enables to clone system/disk without interrupting or shutting down Windows and other running applications.

How to clone Windows Server 2003 with AOMEI Backupper?

Cloning partition is a category of software that would copy the contents of one partition on the hard disk to another one. 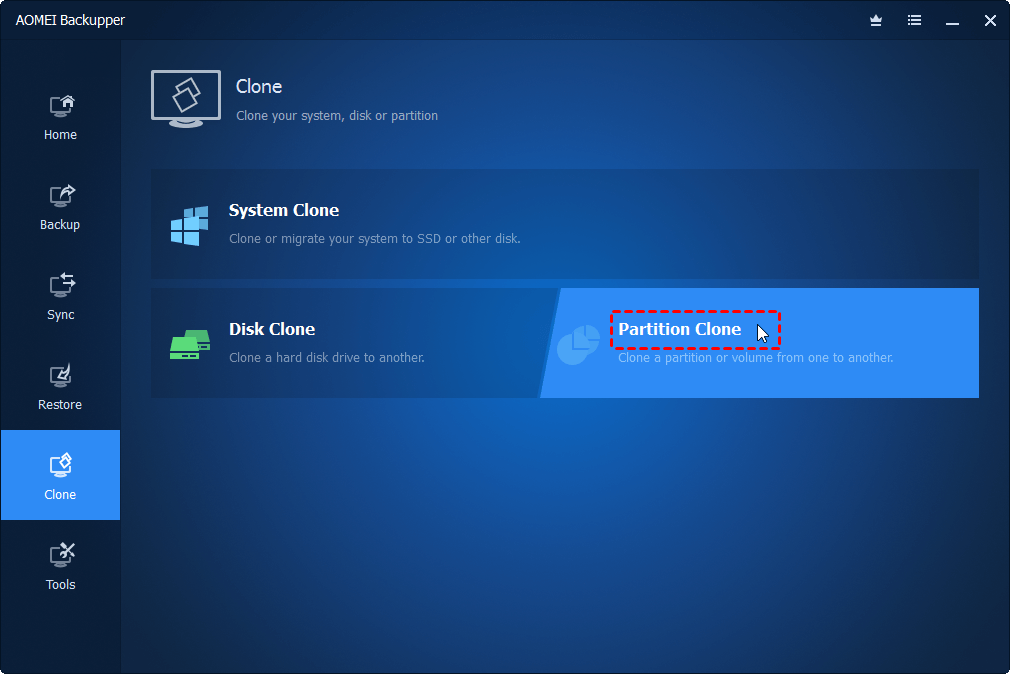 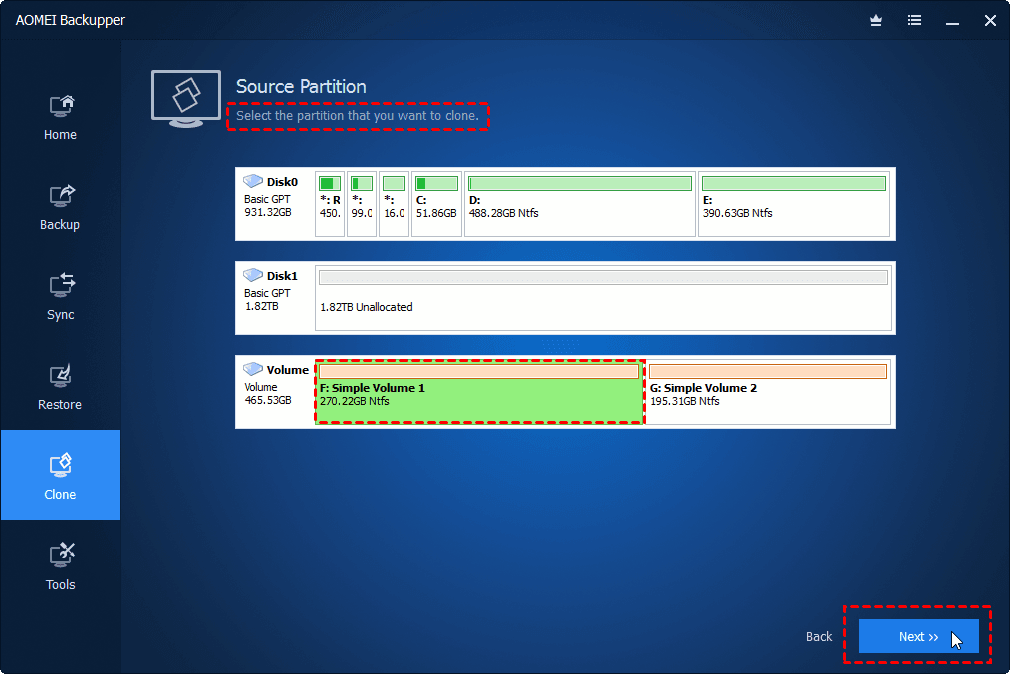 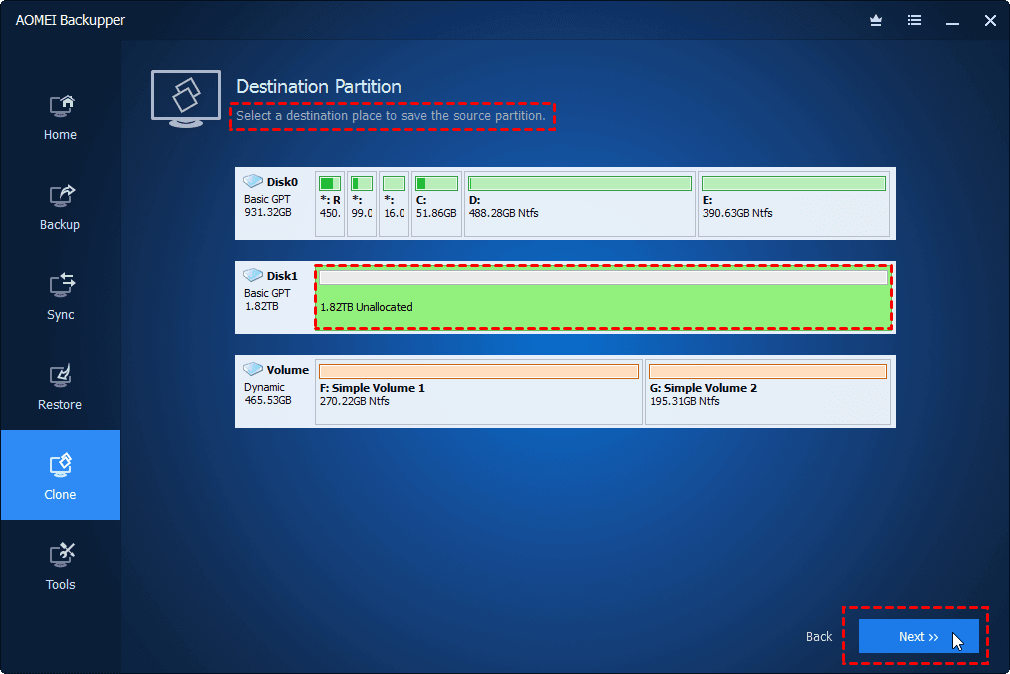 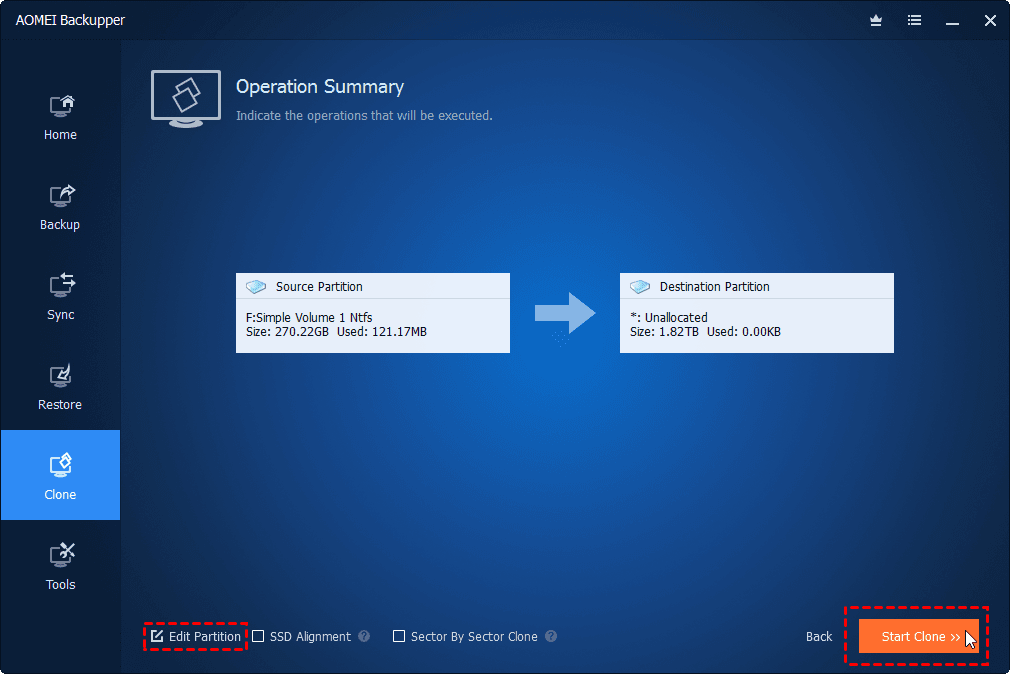 Apart from backup, restore, and clone, you could split images, explore images, merge images etc. with AOMEI Backupper as well.