How to Create a System Restore Point in Windows 8/8.1?

What is System Restore Point?

Why Need to Create a System Restore Point?

Microsoft upgrades Windows OS constantly. The latest OS Windows 10 is acclaimed today. However, Windows 8 and Windows 8.1 are still popular in the world. Creating a system restore point for them is necessary too. System restore point is very important to restore system as it before.

No one can promise that his computer won’t get in trouble or his computer can go with him in his life time. Well then, you have to face that the computer crashes or change a new machine. But what’s going on with the previous system and the old important data? The answer is that you can create a system restore point so that you can restore system to save time.

Create a System Restore Point for Windows 8/8.1 with Built-in Tool

Windows Restore Point is an important built-in tool in Windows 8/8.1. If you had create a system restore point before it gets wrong, you can restore the Windows system in the past.

Here is a simple way to create a system restore point with Windows 8 built-in tool. 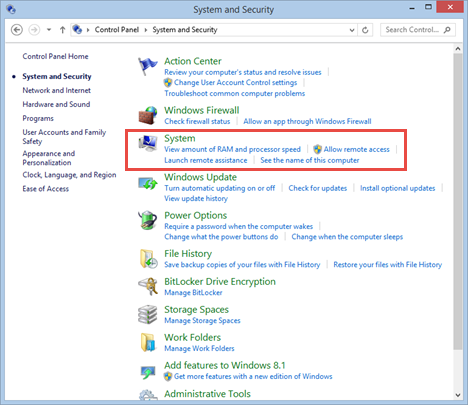 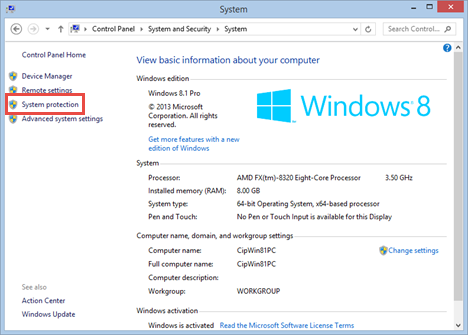 After the step, it opens a window named System Properties. You can do system restore and configure settings at here. If you are creating a system restore point, click Create to do it. You can type a description to help you identify the restore point in the pop out window, and the current data and time will add automatically. 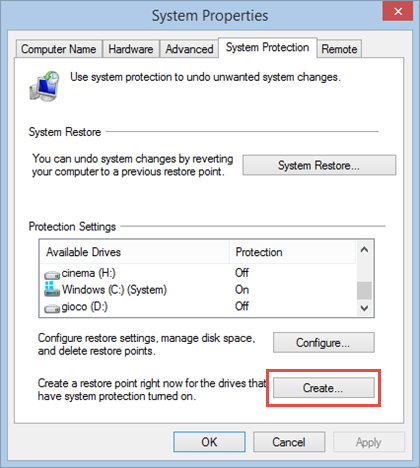 It will spend a few minutes. After the progress finished, click Close to confirm the permission and shut down the window.

However, using this tool create system restore point will take a large storage space, and the point may be lose without warning, thus, we can use AOMEI Backupper to help us.

As we mentioned above, a system restore point just like system backup. In order to save the storage space and keep the data safe, we can backup system with AOMEI Backupper instead of creating a system restore point with Windows8/8.1 built-in tool. The intuitional interface and the simple operating are acclaimed in users, and it has a good reputation. 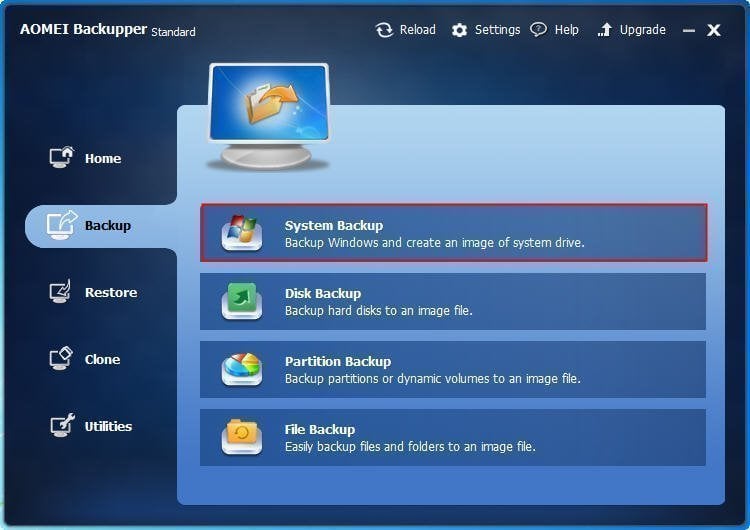 Second, choose a destination path to put the system backup. You can back it up to another partition on the same disk or an external hard drive. 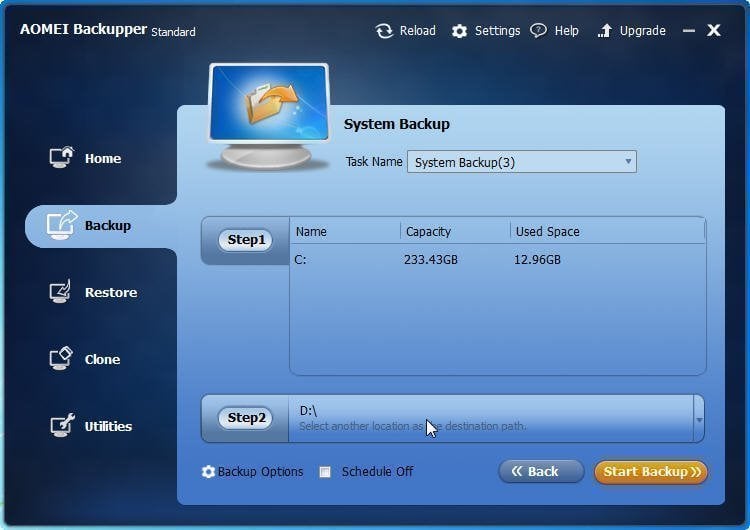 There are two options that you can use, or you can set the details under the Home tab by clicking the Backup and Advanced.

You can set more specific backup such as Compression by clicking the Backup Options. 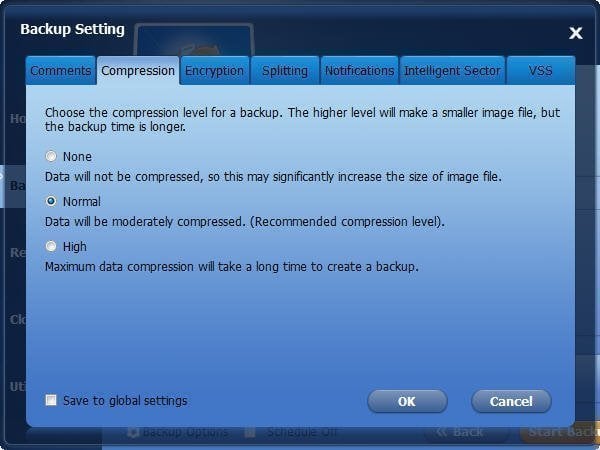 You can set up an automatically backup by click the Schedule. You can set the daily, weekly, monthly backup. You can even set up full backup or incremental/differential backup by opening the Advanced settings. 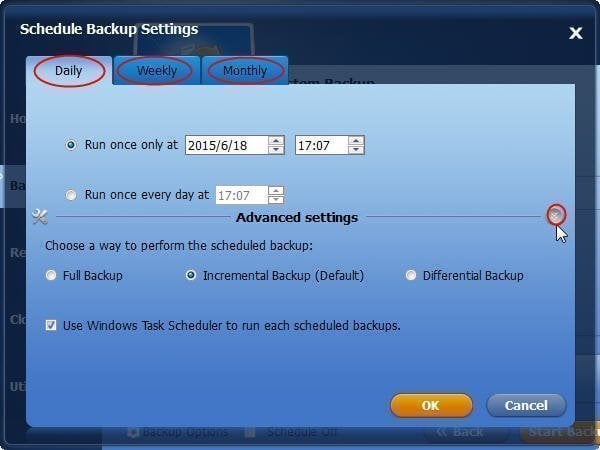 After the settings, click Start Backup to prompt the process. It will take a few minute to backup. After the process reached 100%, click Finish. Thus, you have created a system restore point Windows 8/8.1 to help you restore system when you need. Hope this could be helpful.