How to Backup Disk Under Windows 7 Operating System?

Disk backup is not strange for Windows 7 users. More and more people backup disk for protecting Windows 7 OS and data. The freeware AOMEI Backupper can backup disk with a few clicks.

Disk backup plays a very important role for protecting information of all the Windows OS including Windows XP/Vista/7/8/8.1/10. For example, when you backup disk for Windows 7, all the data including operating system and programs will be stored as an image file. You can use the image file to do a lot of things.

Backing up disk, you need to know the three types of disk backup:

MBR/GPT disk backup: you have to notice that your disk is MBR or GPT, because the MBR supports volume up to 2 TB, while the GPT supports more than 2 TB.

RAID backup: the hardware RAID (Redundant Array of Independent Disk) should be backed up because it has a large amount of data.

Why should You Backup Disk for Windows 7?

Disk backup for Windows 7 has a great meaning. Firstly, you can backup disk after you installing the operating system. So, if there is any problem with the system or other partitions, you can use the image file to restore the data to the previous state. Secondly, backup disk can help you a lot of things, for example, upgrading the disk. You may find that the disk isn’t enough for you to store all the data, or the disk is too old for you that you want to change a new one, or the disk damaged that you need to change a new one, upgrading disk can optimize the hard disk so that it can keep a good working state. Thirdly, you can use the disk backup image file to restore all the files once the files lost. There are many factors that lead the system crush. Such as virus attack, hacker attack, human’s wrong operating, natural disaster, etc. The data will be lost or damaged. Then, you can restore the lost files from the backup file.

How to Backup Disk Under Windows 7? 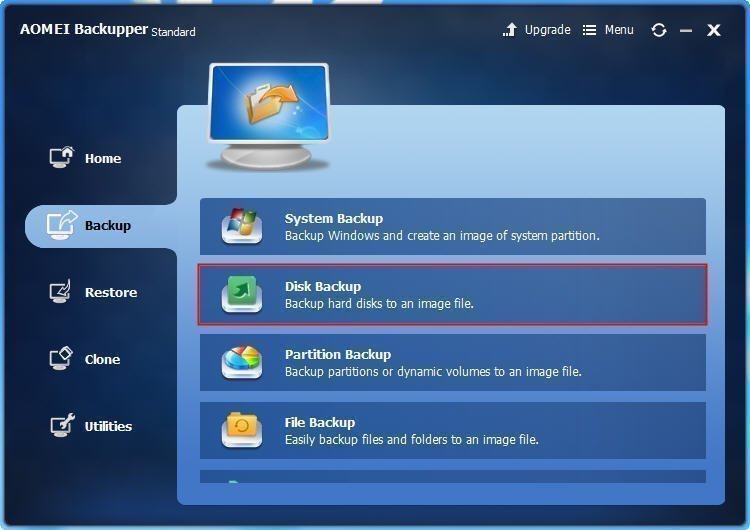 Step2. Select the disk you want to backup at the step1; select the destination space where you want to store the backup image. After all the settings, click “Start Backup” to launch the progress. 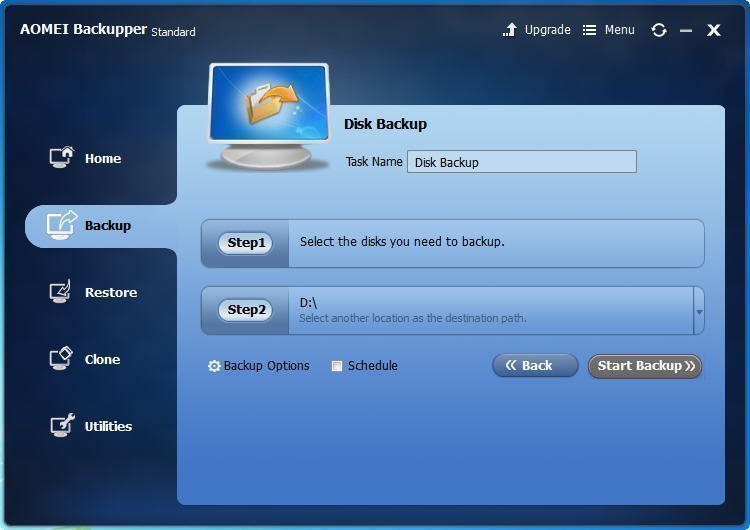 You can setup more at the “Backup Options”, such as adding comment, encryption, compression, etc. 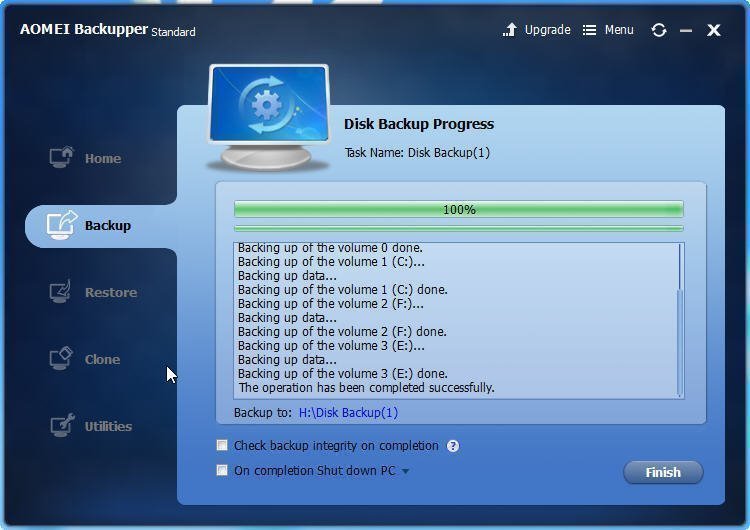 In addition, backup disk for Windows 7 with AOMEI Backupper could save a lot of time. The friendly interface can make you finish it in a few steps, and you can totally operate alone. What’s more, it has many other wonderful features such as File Sync, Restore System, Disk Clone, Create Bootable Media, etc. It is a very powerful freeware. Besides, it has many advanced features like System Clone, you can upgrade to AOMEI Backupper Professional to get them.