Recently, many users complain much about Windows 10 April 2018 update problems. You are likely to encounter all kinds of problems when updating Windows 10. In this article, we’ve collected fixes to the most common April Update problems.

To do this, click the Start menu, then click Settings on the left. Then you will be brought to Settings window. Click ‘Update & Security’ then ‘Troubleshoot’. Click on ‘Windows Update’ then ‘Run the troubleshooter’ and follow the instructions to solve this issue.

If this method will not solve your issue, you can try the following methods.

If you have antivirus software installed, you can try to disable it before installing Windows 10 April 2018 Update. After the installation has finished, you can enable it. Or you may need to temporarily uninstall it.

When you have Windows 10 installation problems, you can reset the update via CMD. Run CMD as administrator. Then type in the following, pressing Enter after each line:

Once finished, restart your PC and try installing the April 2018 Update again.

You can try to clean up system files to free up some disk space. Type Disk Cleanup in the Search box on the taskbar and select the system disk (usually the C: drive). Then click Clean up system files. Or you can extend C drive with unallocated space or free space of other drives. 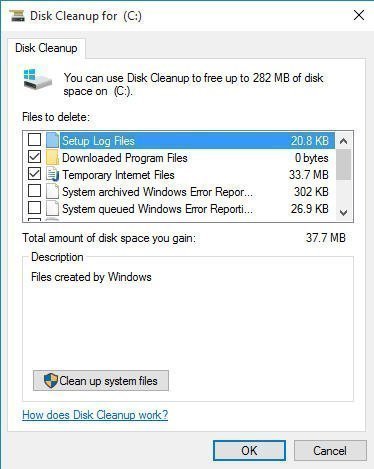 If you have an Alienware laptop, and you’re trying to update, you may get an error message saying you have to uninstall your laptop. This is because Windows 10 April 2018 Update has been blocked on certain Alienware laptops.

To fix this issue, you can roll back to the Fall Creators Update. Microsoft has also blocked affected Alienware laptops from receiving the update while they work on a fix.

Recently, some users give feedback that PC will no longer boot after installing KB4103721 Version 1803 patch. To fix this issue, you can follow the steps below:

2. Make a bootable USB drive on another PC.

3. Insert the USB drive into the unbootable PC and boot from USB.

4. Once the USB stick loads the Windows 10 setup wizard, click ‘Next’, and then select ‘Repair your computer’. Then go to Troubleshoot> Advanced options > Command Prompt.

6. You can check system files in Safe Mode you open up the command prompt and type the following command:

Once you restart your PC, it should load Windows 10 correctly.

After updating Windows 10 April 2018 Update, you may find that the on-screen keyboard no longer works. To solve this issue, open up the Settings app, then go to Devices and click on Typing in the left-hand menu.

Under Touch keyboard make sure that “Automatically show the touch keyboard in windowed apps when there’s no keyboard attached to your device” is enabled.

If it is, try disabling it, then re-enabling it.

You may also need to turn it on by going to Settings > Ease of Access, then selecting Keyboard and making sure On-Screen Keyboard is set to On.

The update isn't applicable to your computer

If you get the error message that says: “The update isn't applicable to your computer” while installing the Windows 10 April 2018 Update, you have to make sure you have installed all the latest Windows updates.

You can navigate to Settings>Update & Security>Windows Update and click on ‘Check for updates’. Install all the updates that are found, and then try installing the Windows 10 April 2018 Update again.

Sometimes, the install is almost completed but receiving an error message: We couldn't complete the updates. Undoing changes. Don't turn off your computer. This error message stops Windows 10 April 2018 Update from finishing the install.

To fix this issue, you can check what went wrong by navigating to Settings>Update & Security>Windows Update and clicking Update history.

It will show you any problems that were encountered and find corresponding solutions.

If you're still encountering problems with the Windows 10 April 2018 Update, or you don't like the changes Microsoft has made, then you can uninstall the April 2018 Update and revert to a previous version of Windows.

First, go to Settings>Update & security>Recovery and click on Get started under where it says Go back to the previous version of Windows 10, then follow the instructions to uninstall the Windows 10 April 2018 Update.

Tips: If you try to uninstall April 2018 Update after 10 days you'll find this option unavailable.

Your computer may run into problems owing to various reasons during computer update. Thus, you need to take prevention measures to protect your computer. And the best way is to make a system image backup. It can restore the computer to an earlier date whenever your computer malfunctions. 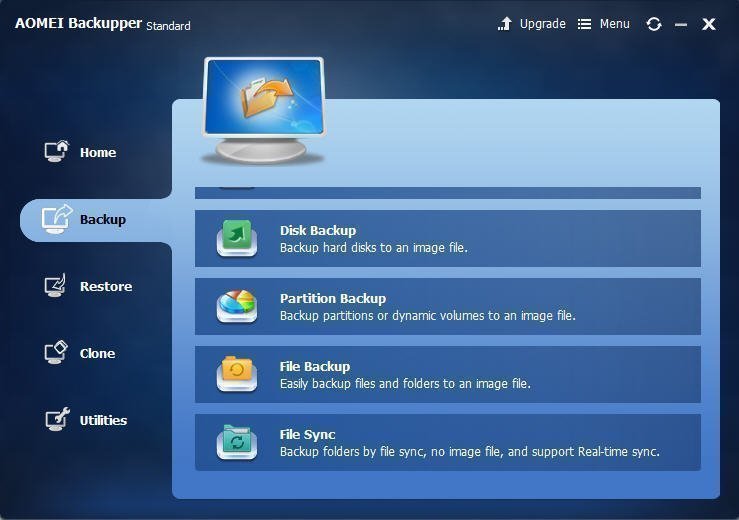 Tips: The advanced version of AOMEI Backupper can even allow you to restore to a dissimilar hardware.

After solving Windows 10 April 2018 Update problems, you can also make a backup to avoid this issue happening again.