Moving operating system (OS), such as Windows 10, 7, 8 from old computer to new one is not easy, especially for the new bare metal machine with dissimilar hardware because of different drivers.

Having a new computer is always happy thing, but the problem follows, that is when you want to move your operating system from old computer to a new one, it is so difficult to deal with such thing. Because simply copying your OS from one computer to another doesn’t work, and plugging your old hard disk into the new computer also led to some problem, however, there is solution for this problem:

Many people may want to rely on clone to realize moving operating system, but soon after, you will find creating a perfect copy does not guarantee your old OS will work normally with your new computer, that because when you install old OS to a new one, it is also install an excess of drivers in your new computer’s hardware, as we know, every computer have drivers for certain hardware, when that hardware is gone, it will automatically install new drivers to compensate. But if it can’t find the right drivers, the new computer will likely to crash.

Of course, You can repair the operating system if you have the install disc, or can load the installer onto another bootable device, but the process is so frustrating, at the same time, if cloning sounds like too much work, or you’ve tried it and found that it failed, you can try to use the feature Universal Restore of AOMEI Backupper to transfer the entire operating system from old PC to a new one.

How to move OS to new computer with AOMEI Universal Restore?

Universal restore is a function in AOMEI Backupper. With this function, you can easily and safely move OS from one computer to another, even with different hardware. But this step will involve two computers, so, you have to install AOMEI Backupper in old computer and use it to create a system image. Due to new computer is bare metal machine, you have to create a WinPE bootable media with AOMEI Backupper, and use AOMEI Universal Restore to restore system image. Due to different computer and configuration, this way can save much time on moving OS to new computer without installing system and applications.

After you prepare system image and bootable media, you can save your system image to USB, or upload it to NAS/network. If all of those are OK, you can follow the steps to move your OS from old PC to another one.

Step 1. Boot your new computer with bootable disc that you created in advance. After AOMEI Backupper pops up automatically, click Restore and select the system images that you want to recover from the backup list that appears or click Path to locate them manually. 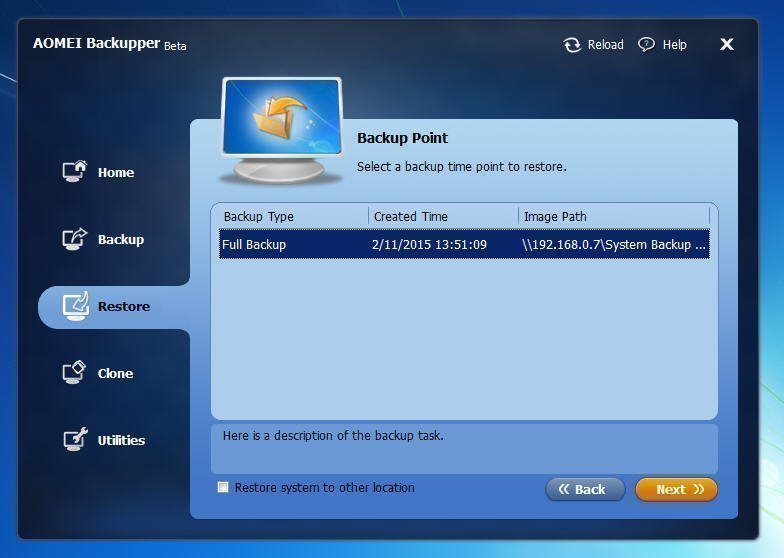 Step 2. AOMEI Backupper will pop out a prompt, saying that "would you like to do a system restore?" Click Yes to continue. 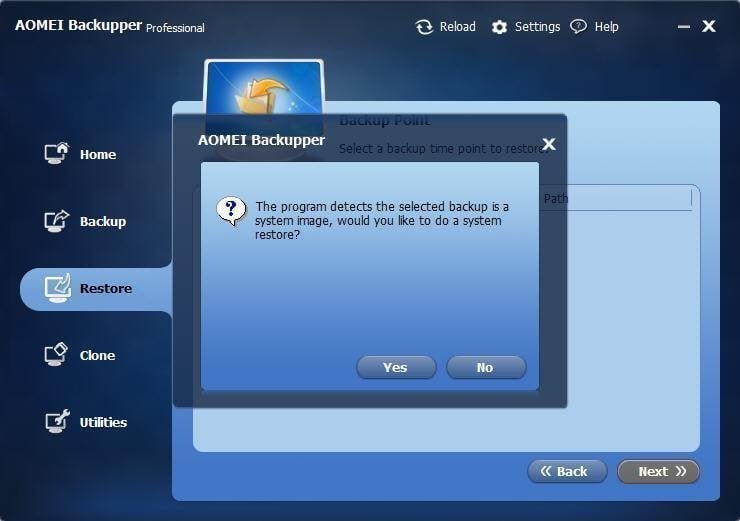 Step 3. Here the system image file was saved on the NAS. Then choose a backup point to restore, and click Next to continue. 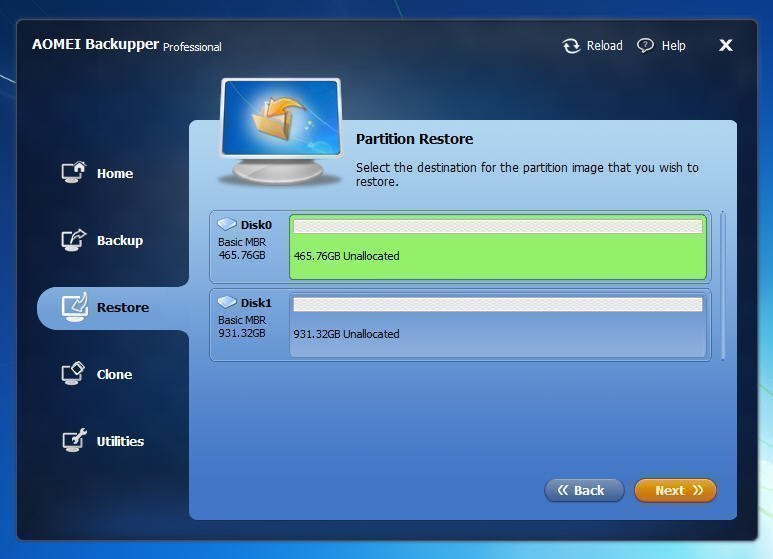 Step 4. Select a destination location to restore system image and click Next.

Step 5. Now you will find the follow window. If hardware of the new computer you want to restore is different from the old one on which you create the system image, the Universal Restore will be ticked automatically. At last, click Start Restore, all steps are over. 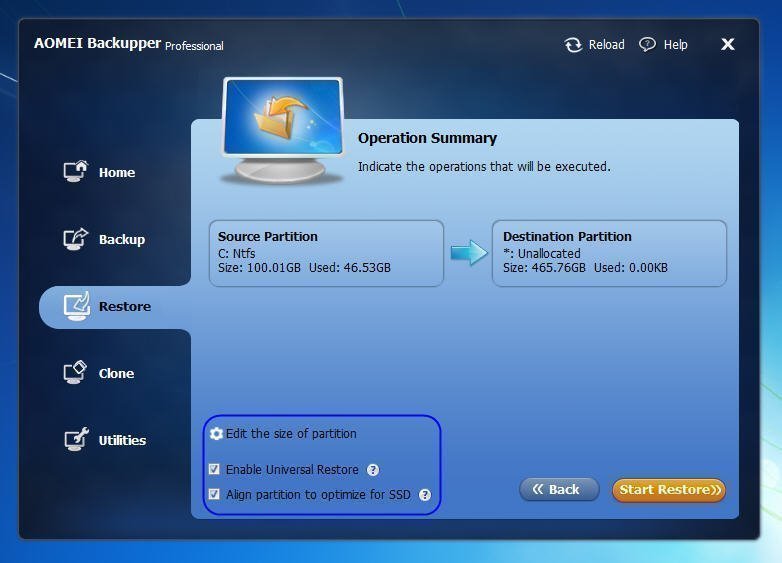 In a word, AOMEI Backupper can solve your problem of moving OS from old PC to new one easily and simply. Apart from this practical function, Backupper is also of great help in various backup and clone needs , so download it and have a try.