How to Migrate OS to A New Server with Different Hardware?

This article tells how to migrate Windows Server OS to a new Server that may have dissimilar hardware with easy-to-use software, AOMEI Backupper.

Situation: "I am running a server which is Windows Server 2012 for 5 years, but recently I find it has something wrong which runs very slowly and often boot for several minutes. I asked for help from community, and they said the best way is to upgrade hardware. As for me, there is much data including applications, software and documents in this server. If changing a new server, it is troublesome for reinstalling system and applications. Is any easier way to solve this problem?”

Why Need to Migrate OS to a New Server

The paragraph above mentions one situation, and under this condition the common way is you need to migrate OS to a new server. Actually, many server users have this question: how to do transfer well-adjusted, stable and smoothly running OS with all applications to new server?

As for old machines running Windows Server operating system, the performance and speed will be very slowly and work not smoothly after using for a long time. Thus, it is necessary to do an upgrade for your old machine. As to this situation, the best effective method is to migrate OS to a new server which does not require to reinstall system and can protect data in old server for saving time and effort.

Besides, it is also useful to move OS to a new server when your server crashes and cannot boot. As long as you transfer system to a new server, you still can use the data in old machine, and reduce machine downtime and improve business work efficiency.

Generally speaking, all are aimed at ensuring computer working and data security, and if you encounter these conditions, please do a system migration to a new server.

The Way to Move OS to a New Server

Operating system migration to a same computer may be not a big problem, nevertheless, for a new server with different hardware, it seems not very easy to migrate OS to a new computer with different hardware, such as different motherboard, CUP, memory, etc. In practice, AOMEI Backupper makes this task possible. And it can be used to backup your system to an image file, and restore the image to a same or different computer, that is to say, you can use the system backup image to move OS to a new server.

Note: Before you do this operation, you need to backup your system, and next then you can restore/migrate/move/transfer OS to a new server no matter Windows Server 2003, 2008 (R2), or 2012 (R2). Backup image storage path can be an external hard drive, a USB, a DVD/CD, or NAS/network. Choose one according to your own needs.

Guidance for OS migration to a new server

Step 1: Download 30-day free trial of AOMEI Backupper Server, install it on your old server and open it. Do a system backup and save the image file to a location, and then create a bootable media to boot new server.

Step 2: Use the bootable media to start up your new server. After AOMEI Backupper open, click "Restore" tab and click "Path" to find the system backup you have created in Step 1. 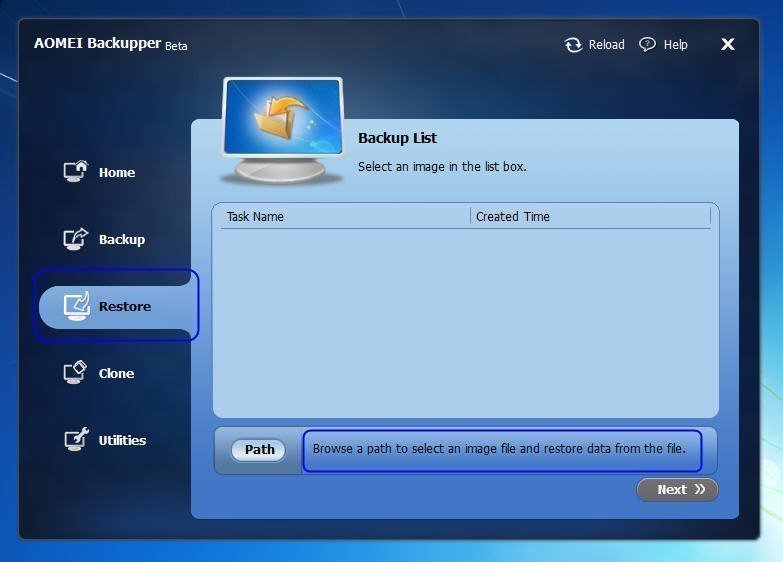 Step 3: Choose a backup time point for new server recovery and click "Next" to continue. 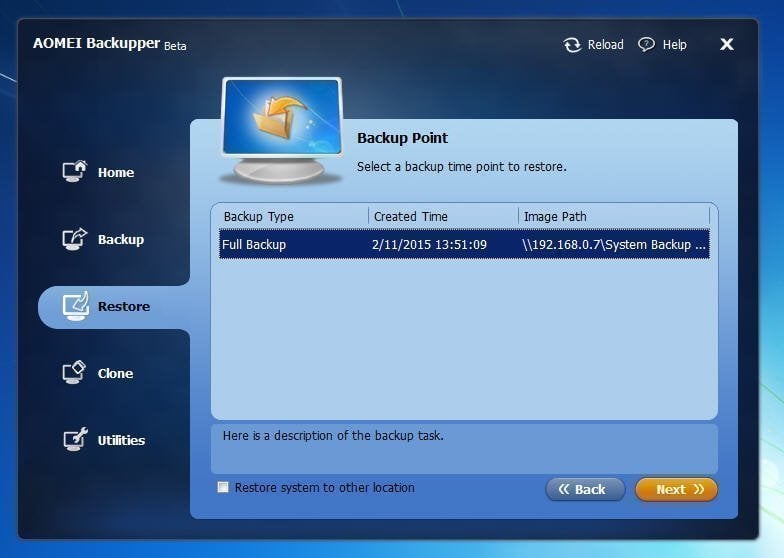 Step 4: Select a disk in new server as destination location. And then click "Next". 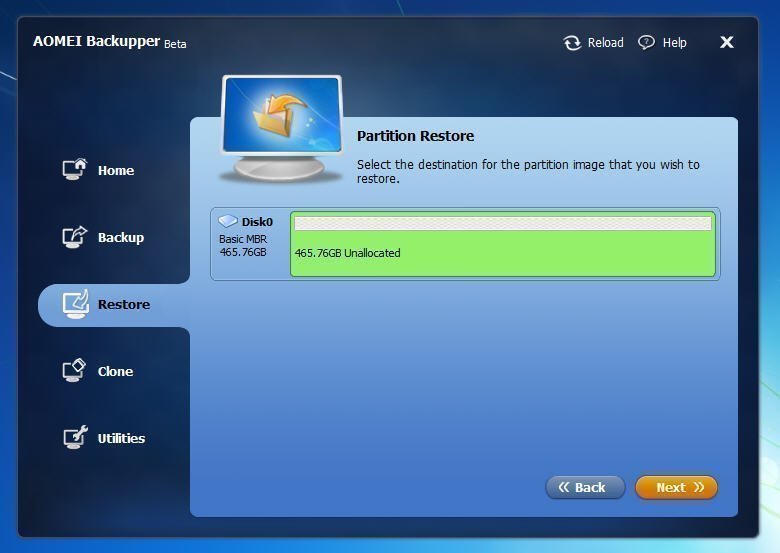 Step 5: Then you can see all the operations listed. AOMEI Backupper automatically tick "Universal Restore" option if the new server owns dissimilar hardware. With several clicks, you can finish migrating OS to a new server. Click "Start Restore" to perform all operations. 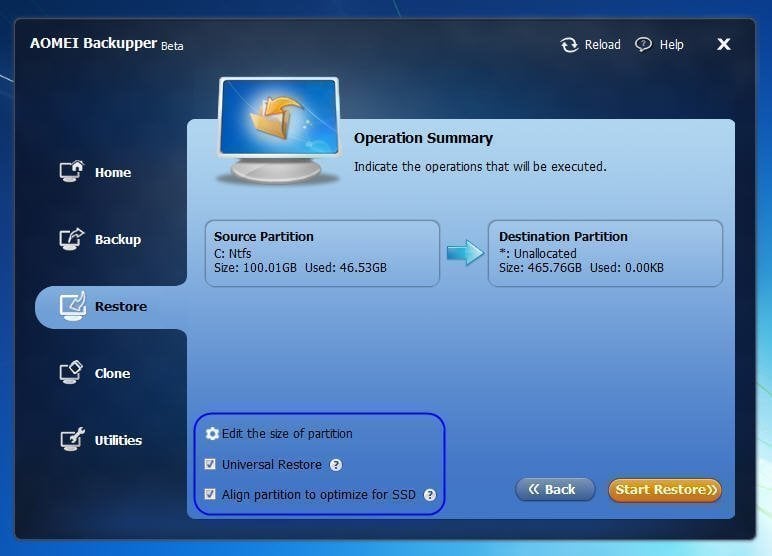 In conclusion, this article introduces you detailed steps on how to move or transfer operating system a new server by AOMEI Backupper. As a matter of fact, you can also migrate Windows Server to new hardware entirely if you chose Disk Backup at the beginning. Do according to the steps above, and you will gain a smooth running server.