I will recommend you a best free operating system (OS) deployment software, which can help you deploy/restore a same system image to new computer, its name is AOMEI Backupper Standard.

Operating system deployment software? What is it? Have you ever heard of it before? If no, I would like to tell you about it step by step.

Generally, operating system deployment software is able to help users to create a system backup image from a computer and then restore the backed up system image to another computer with different hardware, or say, the software has universal restore feature. System backup is the basic function. Besides, the software also supports system restore or other features such as partition backup, disk backup, file backup, etc.

The OS Deployer, which should have deployment capabilities, can help you to standardize the entire organization on a single or a few OS, thus reducing the some maintenance and supports cost. An excellent operating system deployment software enables users to create an exact disk image of the given system partition, including operating system, standard configuration, configuration files and all apps that can be deployed to multiple computers simultaneously, making it ideal for rapid bare-metal provisioning. So the OS Deployer must have a function which can do universal restore.

AOMEI released a free OS image deployment software. With it, you can deploy OS image to multiple computers or clone multiple computers over network. AOMEI Image Deploy saves your time and effort since it is able to deploy a standard image simultaneously. It is easy to start and has many other advantages. Learn how it work, please visit: /features/image-deployment.html

AOMEI main product - AOMEI Backupper, can do operating system deployment as well. So in this part, I would like to explain how with AOMEI Backupper Standard Edition. This is a free backup software developed by AOMEI Technology. It supports Windows 10, Windows 8.1/8, Windows 7, Vista and XP. Now in its current version, some amazing features are added. Recover to dissimilar hardware, or simply "Universal Restore" for short. AOMEI Backupper has a small built-in tool - PXE Boot, which is designed to boot your computers from network at the same time. Please see the following screenshot. 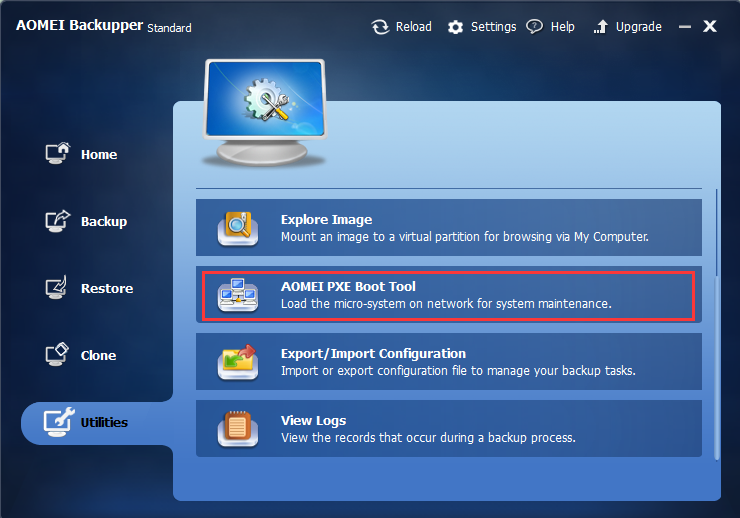 It is with these functions that AOMEI Backupper can be as a free operating system deployment software. What are the merits of it? Please read on.

How to use AOMEI Backupper to deploy OS?

Unlike traditional PXE Boot tool, AOMEI PXE Boot Tool supports DIY bootable micro-system. Therefore, if you have a powerful Linux bootable ISO or Windows PE bootable ISO, you can easily maintain the computers within LAN via network with your own micro-system.

Another practical utility in AOMEI Backupper is Create Bootable Media. When your destination computer’s system failed to boot normally, you can try to restore from other media: CD or USB drive. Details please refer to: 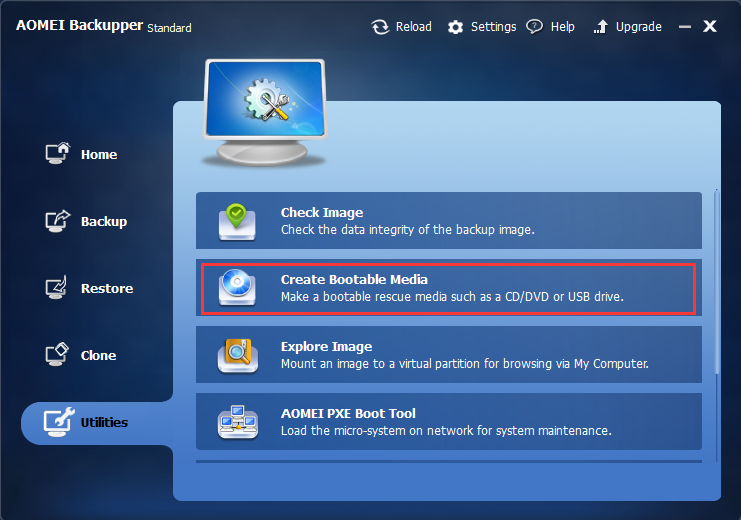 Universal Restore feature is obscure, it is a check box when you restore. You can visit this link to learn more: 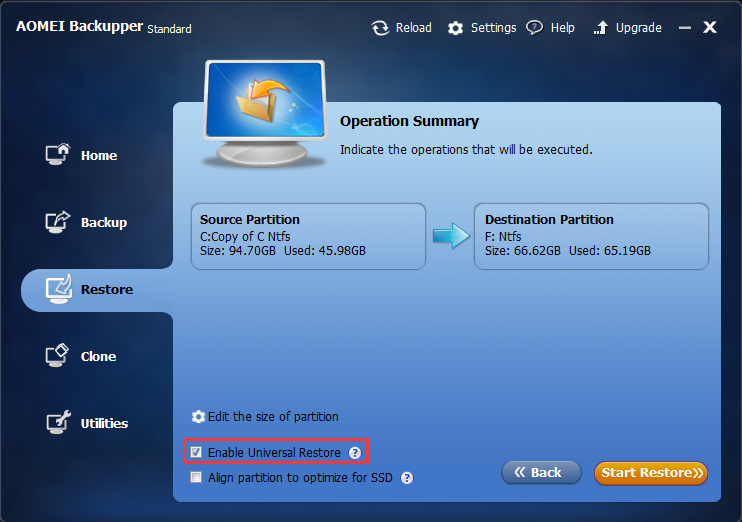 Now you see, if you only need to deploy operating system to multiple computers, AOMEI Image Deploy is the solution. If you want to deploy OS to another computer. AOMEI Backupper Standard is a good choice, which supports other useful features such as backupping to NAS, Command Line Backup, Encrypt Backup, explore/merge/check image files, etc. AOMEI Backupper always keeps pace with the times, which supports Windows 10! If you think this freeware meet your needs, please download and try!