“Here is my question: I’m trying to create a system backup image for my Windows 7, everything is going well. However, it hangs at 97%. Why? How can I do for it?” 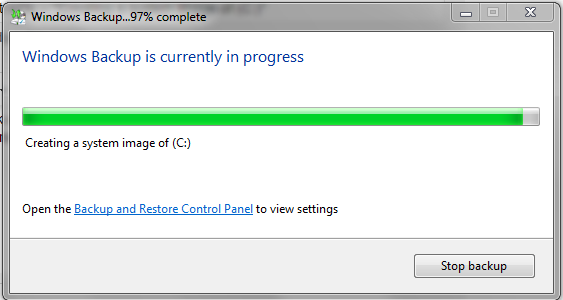 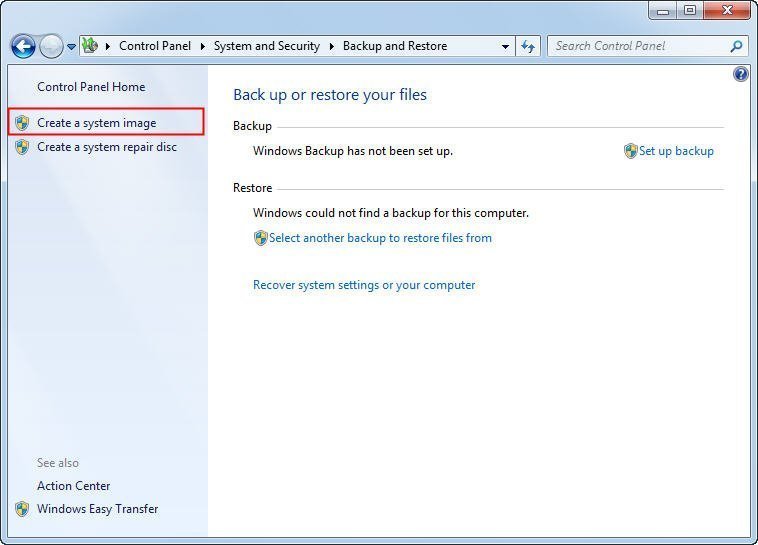 However, you may meet the problem as the scenario mentioned. If there are Windows 7 system files on any particular partition, it will be selected for the system image backup and be excluded as a destination for the backup automatically. It may also be that if a partition with no system files is marked as Active, the system imaging program may mistakenly take it for a system partition and include it in the backup so it can't be used as a destination device. And there are many other reasons that can cause Windows backup hangs creating system image.

Fortunately, there is a powerful software that can help you break out the problem of Windows backup hangs creating system image. That is backup system image with the freeware AOMEI Backupper Standard, which is designed by AOMEI Tech, can help you create system image for Windows XP/Vista/7/8/10 more flexible. You can follow the steps below:

Step1.Download the freeware, install and launch it. Click System Backup under the Backup tab. 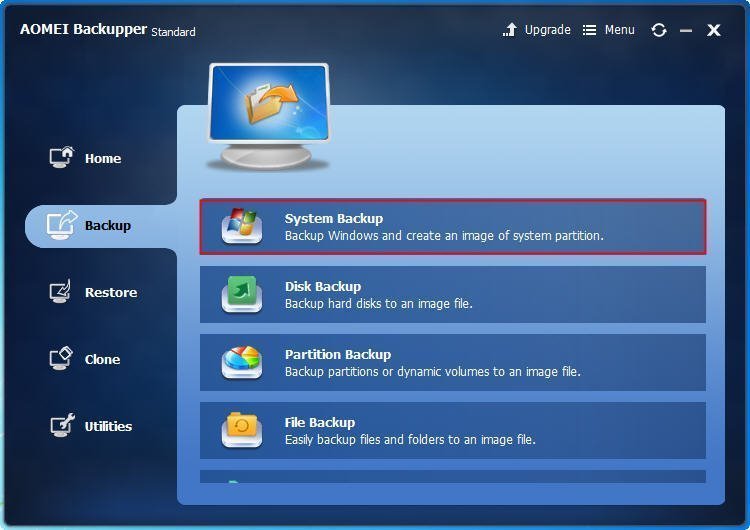 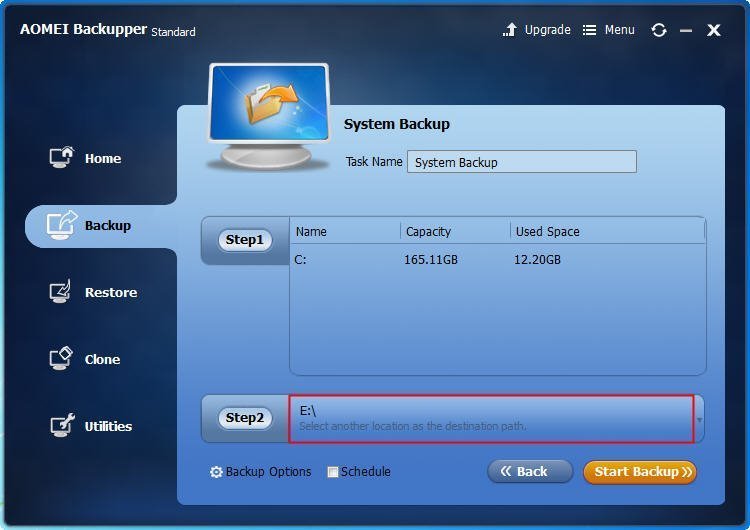 Step3. Here, before starting backup, you can set up more in Backup Options, like add comments, etc. You can also set up a schedule backup for this task, or change it into differential backup (AOMEI Backupper backup with incremental backup in default). After all settings. Click Start Backup to launch the progress. After the progress done, click Finish to exit.