Should you make a disk image?

A hard disk is important to computer user because user stored all data on it, the system data, documents, photos, music, videos and many other files. However, the hard disk faced a threaten that the data may lost because of some reasons, like system crash, hard disk failed, virus attack, unexpected deleting, etc. Once the data loss, it may cause a big damage. To rescue those situations, the best way is to create a disk image so that you can restore from it later. Besides, you can create a disk image before you upgrading your computer hard drive - you can create a disk image of your PC’s hard drive, swap the drive out for a new hard drive and then, restore that image to the new drive, this will migrate OS to a new hard drive.

How to make a disk image and restore from it later?

Before you do, there are something you need prepare:

● An external hard drive such as a USB flash drive, or a CD/DVD, which should be large enough to store the data on your old hard drive.

● Download the freeware and install it on your computer.

Step1. Plug in the external hard drive you prepared before, make sure it can be detected by your computer. Launch AOMEI Backupper. It will show you its main interface. Click Backup and select Disk Backup. 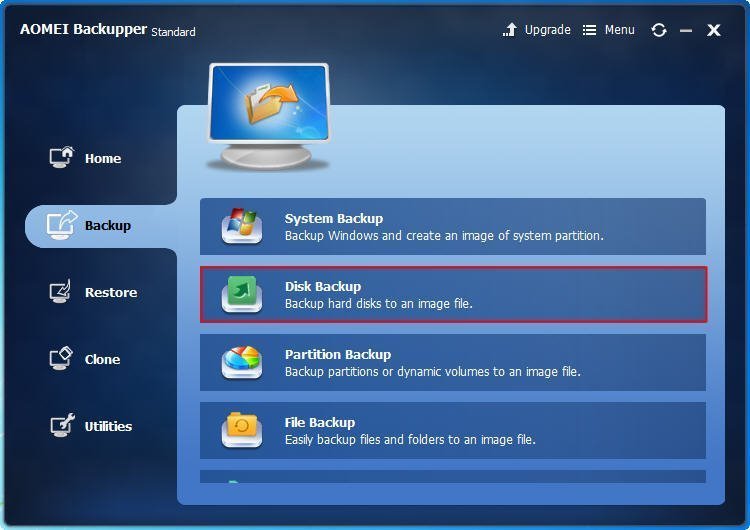 Step2. Then, you will move to the Disk Backup page. 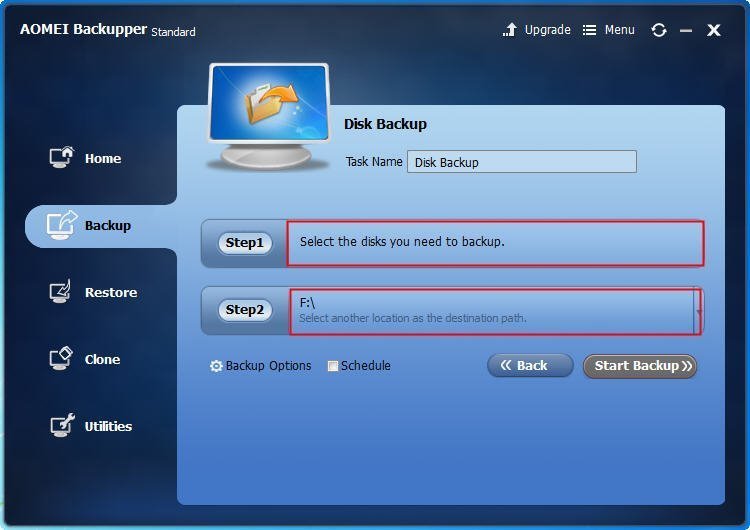 ● Click Step1 to select the hard drive (s) you want to backup.

● Then, click Step2 to select the external hard drive as the destination place to store the backup image on.

Step3.Then, you can set up more for your backups by Backup Options, and do a schedule backup and incremental/differential backup by Schedule. After all settings, click Start Backup to launch the progress.

Here, you have already make a disk image with AOMEI Backupper. As we mentioned above, you can restore from the disk image later. AOMEI Backupper allows you to perform offline restore via AOMEI PXE Boot tool or bootable media when your system is not working.

Step1. Boot your computer, you may need to use the bootable media created by AOMEI Backupper, enter in the Restore utility. It will list all the backup images you create with it before. Select one point to restore or click Path to select an image file and restore data from the file. 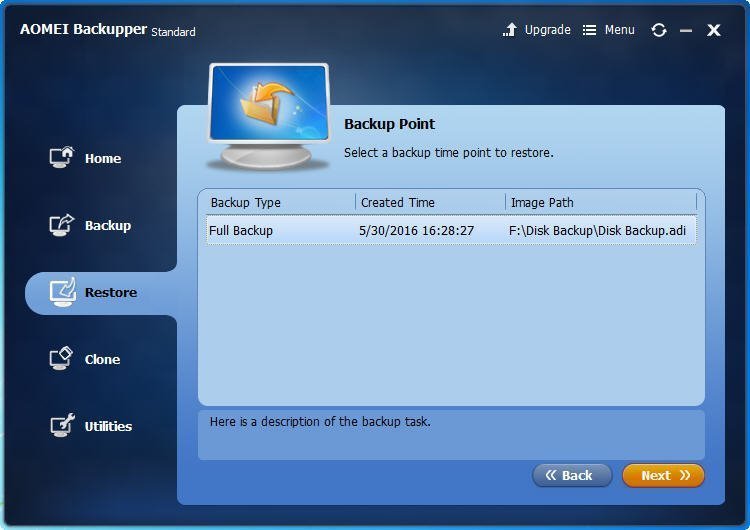 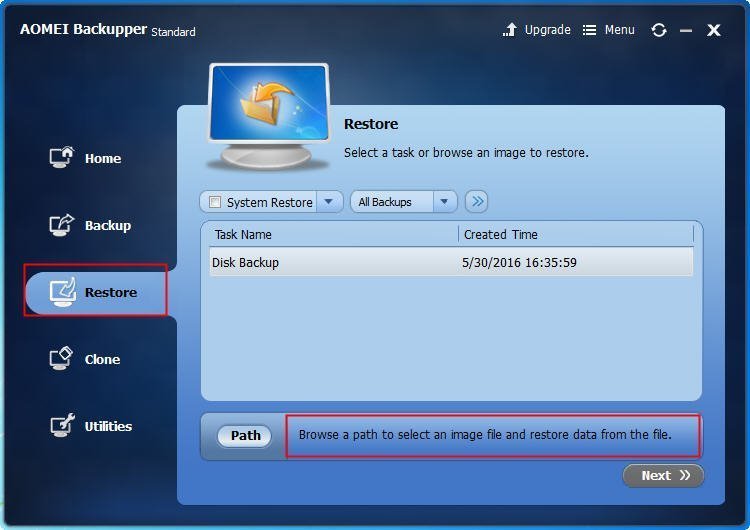 Step3. Select a destination place you want to restore to and click Next. 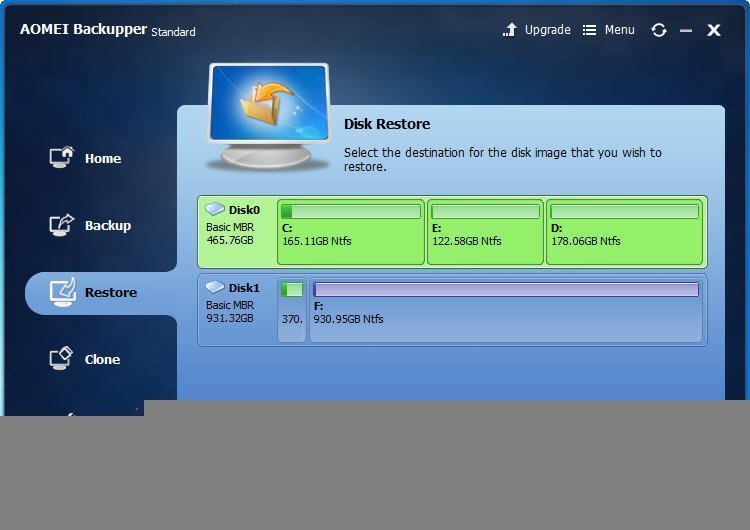 Step4.Confirm the information and click Start Restore to start the task. 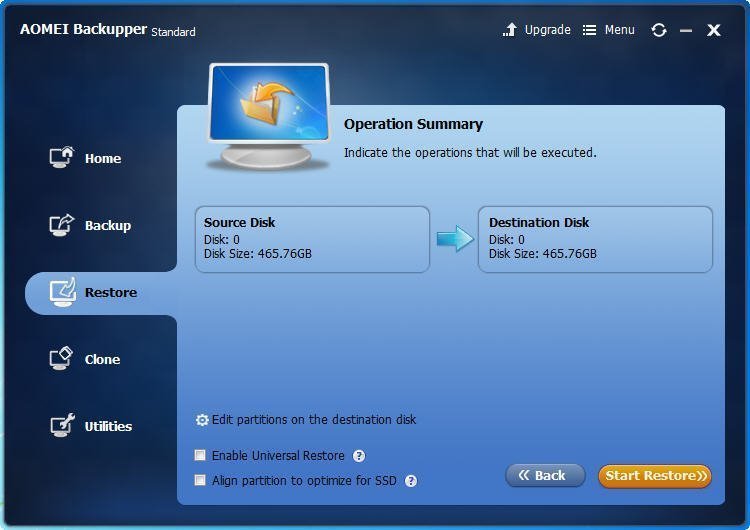 That’s all about how to make disk image and restore from it later in Windows operating system. It suitable for Windows XP/Vista/7/8/10. Besides, AOMEI Backupper provides you restore from one computer to another computer.