If you use Windows 10 Pro, you are fortunate to read this article cause it will introduce you how to create Windows 10 Pro reference computer and deploy the image.

AOMEI Image Deploy is such a wonderful software, which supports deploy image to multiple computers at the same time. It is very suitable for users who want to deploy Windows 10/8/7 to computers in batch. Before you doing, there are somethings you need to prepare.

> Then, you need confirm that the network adapter in the client computer supports PXE boot.

> Start all computers, enter into BIOS, set the network boot as the first boot device.

> Confirm that the sequence number of the destination disks for image deployment on the client computers are same.

> Confirm the Windows RE in the server computer is complete. Otherwise, you need to download Windows AIK/ADK.

Then, you can start to deploy Windows 10 image to those client computers.

Step1. Install and launch AOMEI Image Deploy. Create bootable WinPE ISO file manually or automatically. Tick the box beforeEnable SHCP if there is no DHCP server in the LAN. 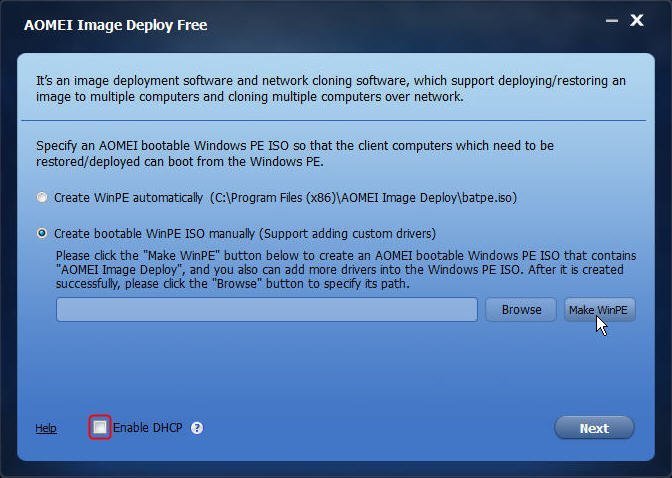 Step3. Confirm that all client computers are connected. 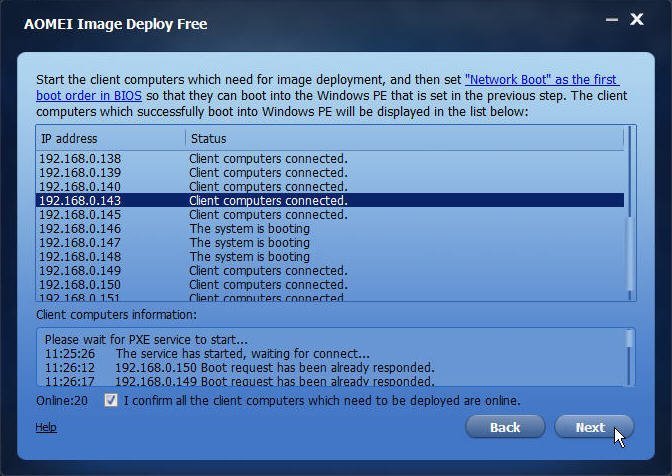 Step4. Browse and select the image you are going to deploy. Setting all things ready, and click Start Deploy to execute the task. 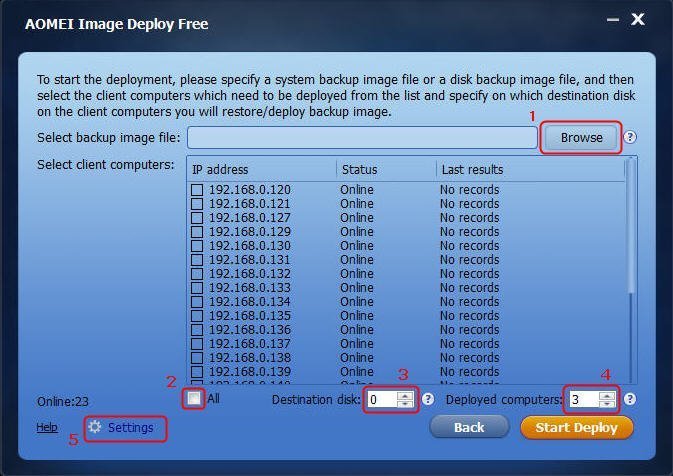 Step5. In the last, you can select whether to shut down or restart the client computers after completion of the deployment. 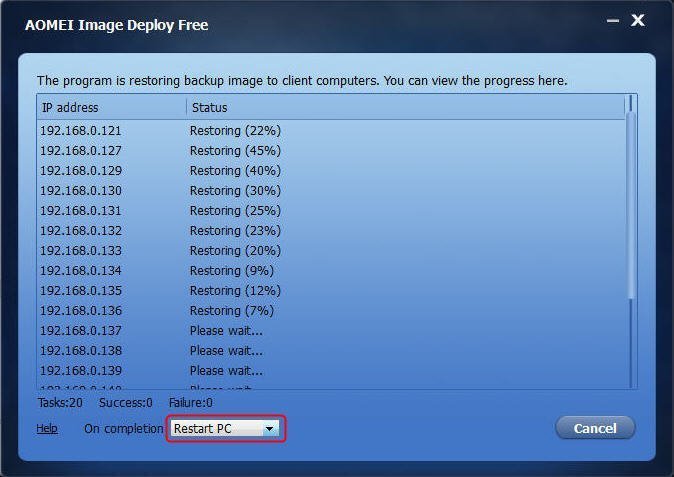