This article will introduce you the best software for Samsung SSD clone in Windows 8. That is AOMEI Backupper, which is the cloning software that helps you clone HDD to Samsung SSD.

“I bought a Samsung EVO 850 SSD recently. Now, I’m planing to upgrade my present HDD to the new Samsung SSD, but I won’t lose my Windows on the old HDD, what should I do? My computer comes with Windows 8 operating system.”

SSD, the short of solid state drive, is a kind of disk for storing data. Compared with the traditional HDD (hard disk drive), it has so many advantages, and the most important is that SSD performs better than HDD. But, it is too expensive for most users in the old days. With the developing of technology, the SSD won’t be very expensive anymore, so more and more computer users try to replace HDD with SSD for getting a better performance, like the scenario. What’s the biggest problem is how to upgrade HDD to SSD without reinstalling Windows? For this question, you can clone the HDD to SSD so that it can keep all data on your SSD drive.

Like the scenario, if your computer comes with Windows 8, and you are planning to upgrade to Samsung SSD like the Samsung EVO 850 SSD, how to make it? Samsung provides you the Samsung migration tool such as Samsung Data Migration, which is designed as a simple solution for users who need to upgrade from their existing hard drive to their new Samsung SSD. However, when you try to clone HDD to Samsung SSD with Samsung Data Migration, you may get a warning “Cloning failed” with an error code: 400230 [061b66]. 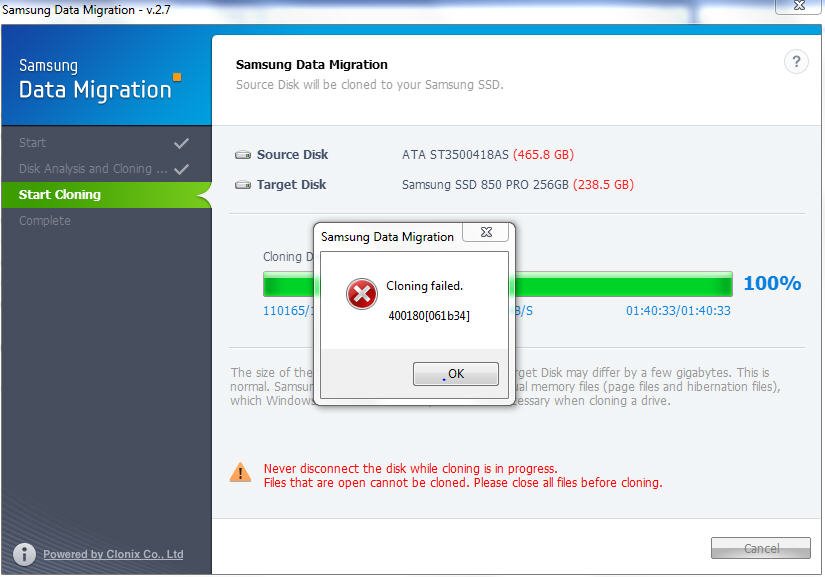 When Samsung Data Migration cloning failed, you may do a large job to solve it, which why we do not recommend you using the data migration tool. For a better solution, here we highly recommend you the best HDD to SSD cloning software-AOMEI Backupper, the one can help you clone HDD to Samsung SSD in Windows 8, or other Windows operating systems with an easier and simpler way.

How to clone hard drive to Samsung SSD in Windows 8 with AOMEI Backupper?

As we mentioned above, AOMEI Backupper is a powerful disk cloning software. You can use it to clone HDD to SSD more flexible. And meanwhile, you can edit partitions on the destination disk, and align partition on the SSD to optimize its performance. Besides, if your SSD is large enough, you can clone the entire hard drive to the SSD, but if it is insufficient, it is also OK, because AOMEI Backupper allows you clone large HDD to smaller SSD as long as it is enough to store the data on the old hard drive. If not, you can copy OS to SSD only with the System Clone features. Here you can see how to clone hard drive to Samsung SSD in Windows 8 with AOMEI Backupper.

Step1. Connect your Samsung EVO 850 SSD with your Windows 8 computer. Make sure it can be detected. Install and launch AOMEI Backupper. To clone hard drive to SSD, here you need to click Clone > Disk Clone. 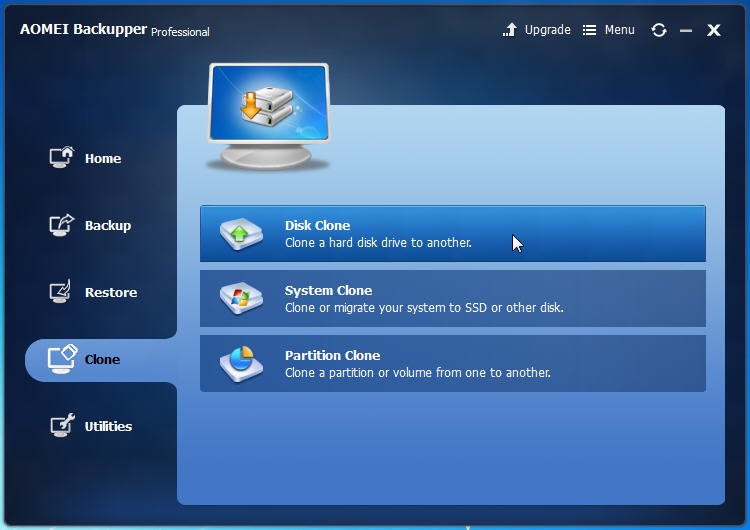 Step2. Choose your old hard drive on your computer as the source disk, then, click Next. 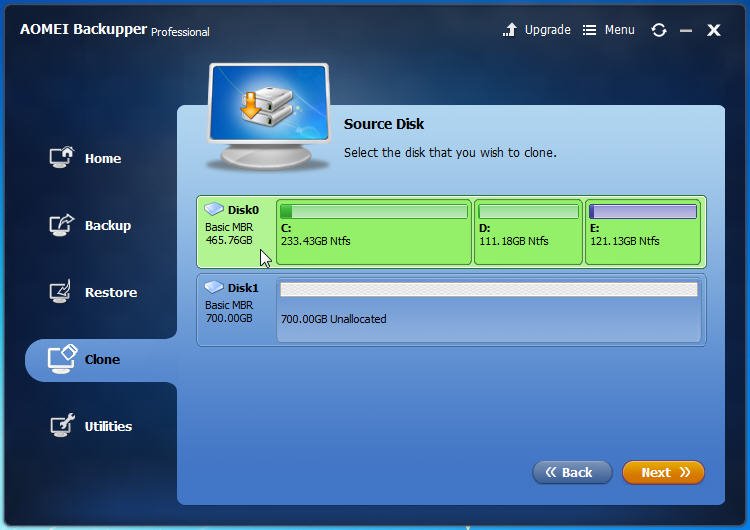 Step3.Choose the Samsung 850 EVO SSD as the destination disk, then, click Next. 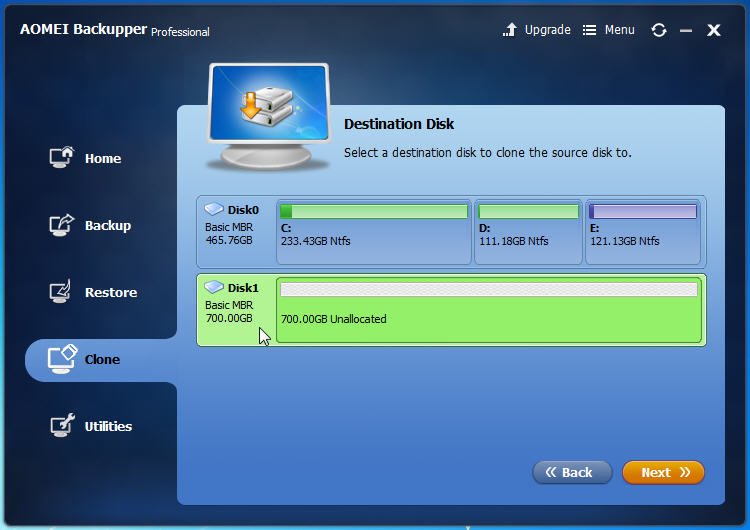 Step4.In the Operation Summary, you can edit partitions on the destination disk, select whether to do a sector by sector clone (not recommend), and check the box of “Align partition to optimize for SSD” to improve its performance. After all the settings, click Start Clone, and it will execute immediately. 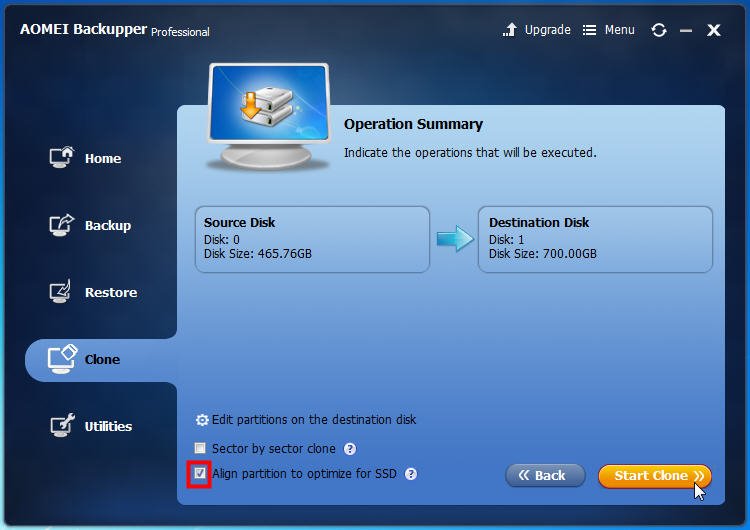 AOMEI Backupper should be the best Samsung data migration software. For the Samsung SSD clone in Windows 8, it does a really excellent job. After cloning, you can try to boot your computer from the new SSD by changing the boot order. If you worry about whether it can boot successful, you can also backup disk, or create system image, and restore the backup image to the new SSD (universal restore).