In order to switch to advanced UEFI standard, you can easily migrate MBR OS to GPT disk along with all the installed programs without manually changing partition style.

As we know, Master Boot Record (MBR) disks can neither utilize disk space beyond 2TB nor create more than 4 primary partitions. To lift these restrictions, GUID Partition Table (GPT) disk was introduced in 2005.

A GPT disk is associated with Unified Extensible Firmware Interface (UEFI), which means a computer must have UEFI support in order to boot from a GPT formatted hard drive. Since UEFI is the relatively new standard to replace BIOS, some versions of Windows older than Windows XP will not work with UEFI boot mode. Only 64-bit version of Windows XP and Windows 7 allows you to set GPT disk as a system disk.

If your computer and system support UEFI, it is recommended to migrate MBR OS to GPT disk to get the advanced performance. Since MBR disk and GPT disk require different firmware to load system, it is a little tricky to move Windows system and all installed applications from an MBR disk to a GPT disk, but it would be very easy if you choose the right software to do this.

AOMEI Backupper Professional is a powerful hard drive cloning software that can help you clone MBR hard disk to GPT hard drive with minimal effort. If your system is Windows 8, Windows 10 or 64-bit Windows 7 , which support to boot from a GPT disk, then you can directly clone MBR to GPT disk without changing the partition style. After the cloning, you need to enable UEFI boot mode, and then you can boot from the cloned GPT disk to experience all the advanced technology of UEFI.

If your system is Windows 7 32-bit or other older versions, then AOMEI Backupper will convert the GPT disk to MBR to make sure the cloned hard drive is bootable after the clone. You will be prompted to agree to the disk conversion before it starts. Besides, it will not be a problem if the GPT disk is smaller than the original MBR disk. AOMEI Backupper allows you to clone large disk to smaller disk as long as the capacity is enough for the used space on the source disk.

How to migtrate MBR OS to GPT disk in Windows efficiently?

AOMEI Backupper provides Disk Clone for cloning the entire hard drive to GPT disk, and System Clone for cloning Windows system only. Be aware that all the data on destination disk（GPT disk here）will be deleted during the cloning process. After connecting the GPT disk to your computer, you can use the steps below to perform MBR to GPT OS migration. 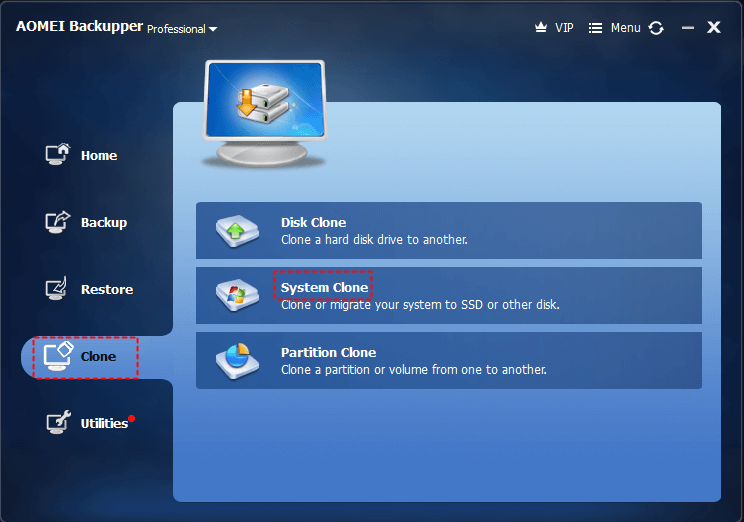 3. The required system partition(s) is (are) selected by default. Select the GPT hard drive you want to migrate OS to as the destination partition and click “Next”. 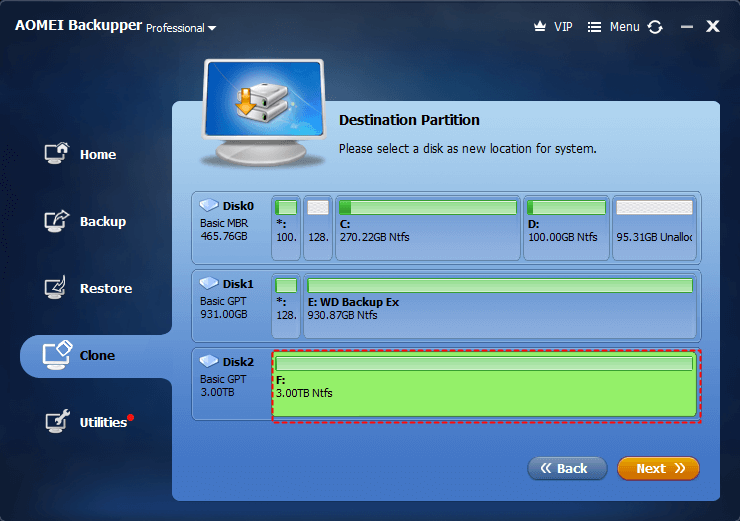 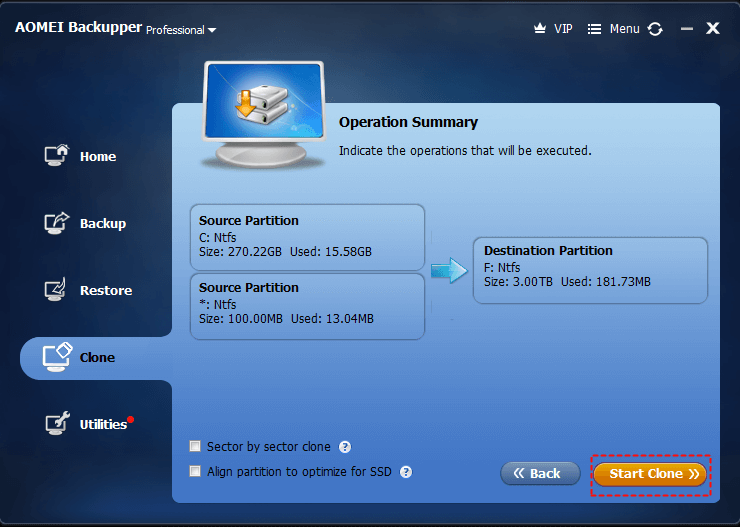 While OS migration is in process, you can still do your work with this computer. When it finishes, you can enable UEFI boot mode and change the GPT disk as the first boot device to first boot from the cloned GPT disk. AOMEI Backupper is also regarded as a backup and restore software, so you can also migrate MBR OS to GPT disk by backing up system and then restoring to GPT disk.