Learn how to migrate data from HDD to SSD on Windows 10/8/7 in a few simple steps with a migrate HDD to SSD software AOMEI Backupper.

Why you want to migrate data from HDD to SSD?

SSD, the short of solid state drive, is more and more popular in computer users. It has many advantages compared with the traditional HDD (hard disk drive). SSD stores data with a little chip, works without noise, and the read and write speed is much faster than HDD. Because of this, part of users want to replace HDD with SSD for gaining a better performance. However, if you do not want to abandon the operating system and data on your old hard drive, migrate data from HDD to SSD should be the best method.

How to migrate data from HDD to SSD?

Step1.Connect your SSD to your computer and make sure it can be detected. Install and launch AOMEI Backupper, you will see its main interface. To migrate data from HDD to SSD is to make an exactly same copy of your entire hard drive. Here, select Disk Clone under Clone tab. 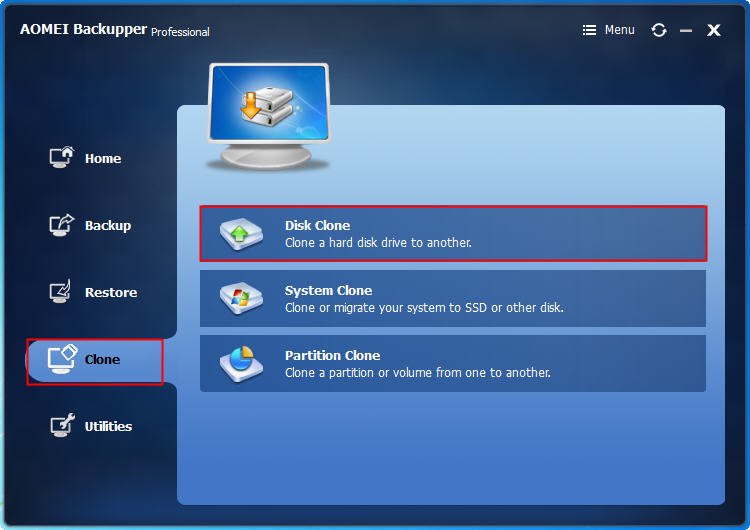 Step2. Then, choose the hard drive as the source disk, click Next. 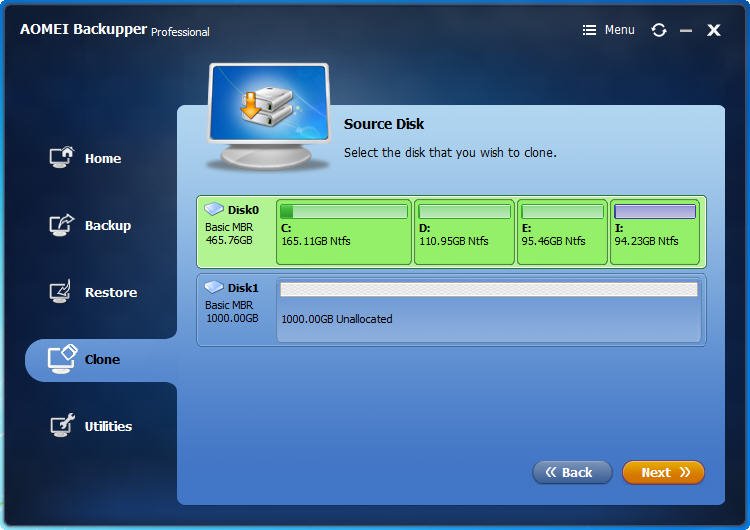 Step3. And here, choose the SSD you plugged before as the destination disk. Click Next. 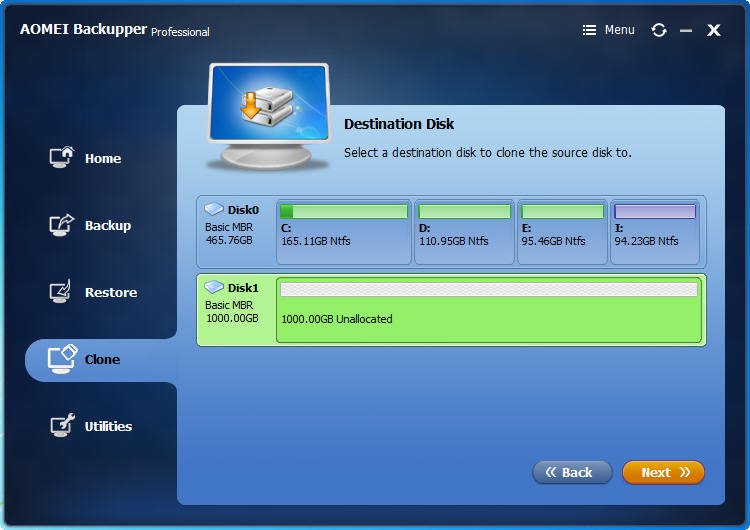 Tips:If there are some data on the destination disk, it will be overwritten. In case of losing data, you should backup disk in advance.

Step4.Here you will move to the final page where you can confirm whole operations. If there is no problem, click Start Clone to executed. 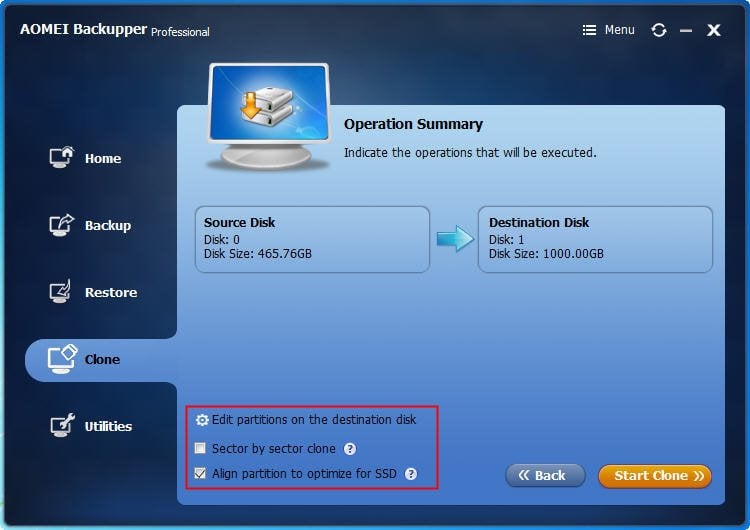 Here are three options for you: