Easily make a system image backup of Windows 10/8/7 and deploy it to multiple computers having identical or different hardware without reinstalling OS and all programs, try AOMEI Image Deploy.

How does the universal OS deployment work?

The universal operating system deployment can help you to deploy a system image backup to any computers with identical or dissimilar hardware. If you want to deploy the system image backup taken from a Dell computer to a Lenovo computer, you can easily make it with the Universal Deployment utility instead of reinstalling Windows and applications.

You don’t need to worry about the drivers. It will automatically install boot device drivers during the OS deploying process, and the drivers that are not compatible with the new device will be neglected, so that the target computer can boot successfully. After booting the operating system, you can connect the internet and let Windows install the drivers itself or manually install them. If you want multiple computers to have the same system and configurations, you can also use this universal system deployment feature.

AOMEI Image Deploy is an OS deployment software for Windows 10/8/7 that enables you to deploy a system backup or disk backup of one computer to other computers with identical or dissimilar hardware, regardless of its firmware, which means you can deploy OS from a GPT disk (UEFI boot mode) to an MBR (Legacy BIOS-based mode) disk, and vice versa.

Once you get this tool, it does not have a limit to how many OS you deploy or how many client computers to receive the deployment. With this tool, it is quite simple to deploy OS to multiple computers within LAN simultaneously.

How to deploy OS to many PCs or servers

Before you can perform OS deployment, you need to prepare a system image backup or disk backup created by AOMEI Backupper. After that, you can download this software and get started. it provides instructions to guide you every step of the way. 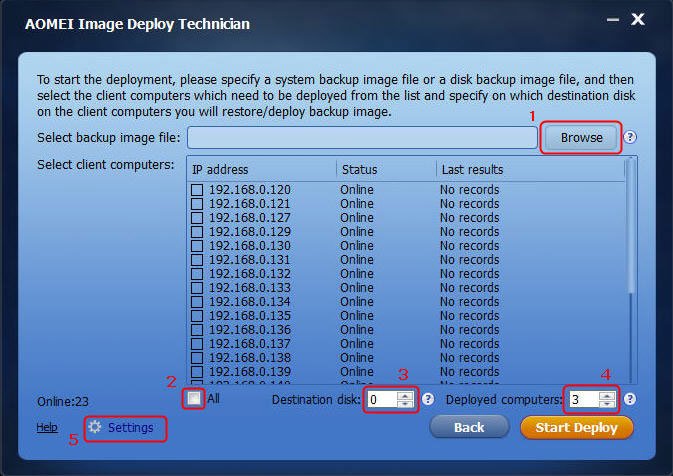 Deploy to one computer with dissimilar hardware

If you just want to deploy to one or two computers, you can use AOMEI Backupper Professional. Before you can perform OS deployment, you need to create a system backup or disk backup, and a bootable media with AOMEI Backupper. You can download AOMEI Backupper to get started.

To deploy OS to other computer:

1. Boot up the computer from the bootable CD or USB your created or PXE Boot Tool. Then the intuitive interface of AOMEI Backupper will be displayed.

2. Under “Restore” tab, click “Path” to select the image file that you want to restore. 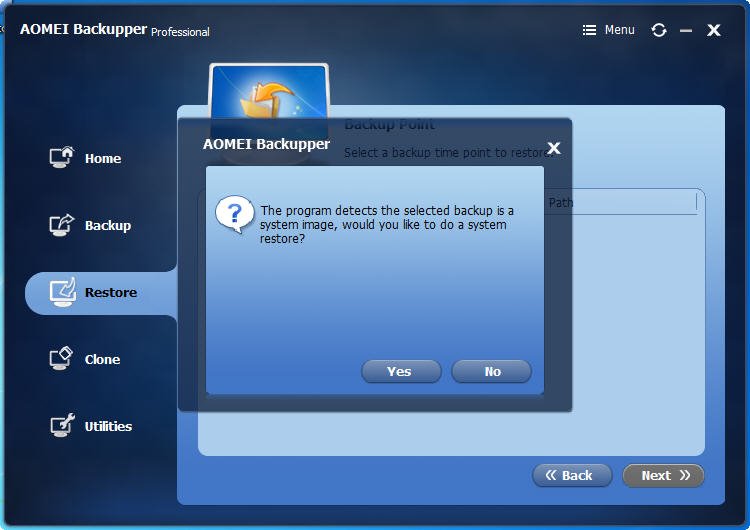 3. Select a backup point and click "Next" to proceed. If you have configured a scheduled backup followed by full/incremental/differential backups, you will have many backup points to choose. 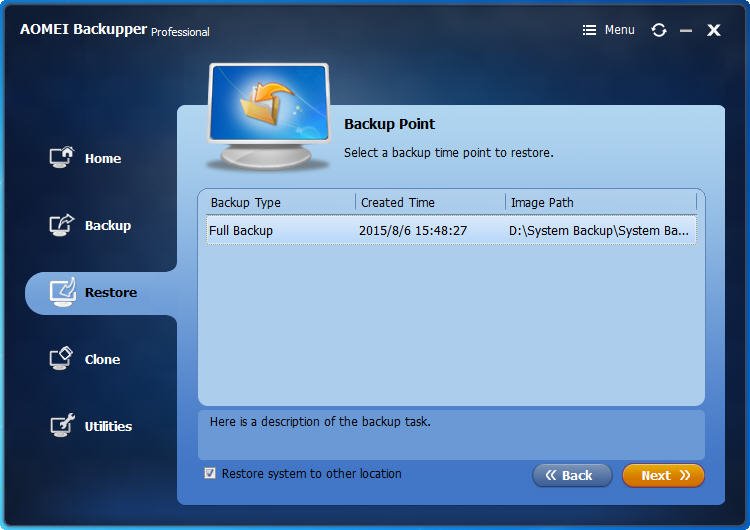 4. Select a destination location to receive the OS deployment and then click "Next”. 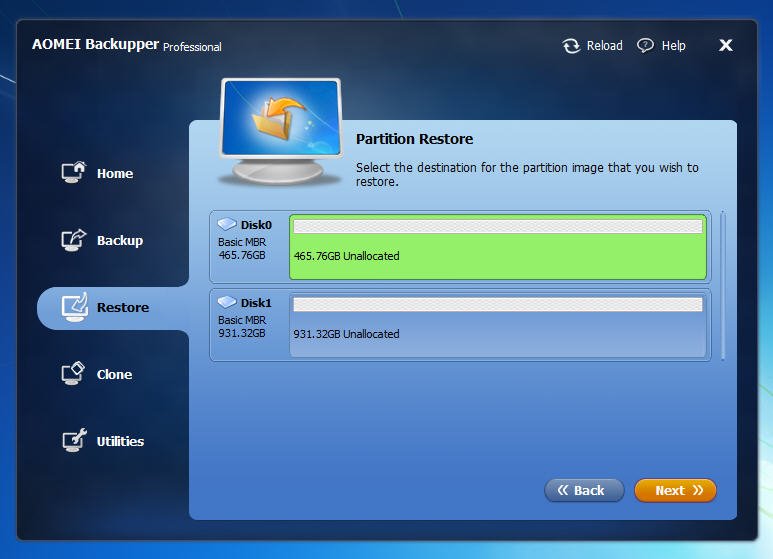 5. In the next screen, the operation summary will be displayed. Make sure the option "Enable Universal Restore" is checked, and if the destination disk is an SSD, check the option “Align partition to optimize for SSD”, too. Then click "Start Restore" to start the process. 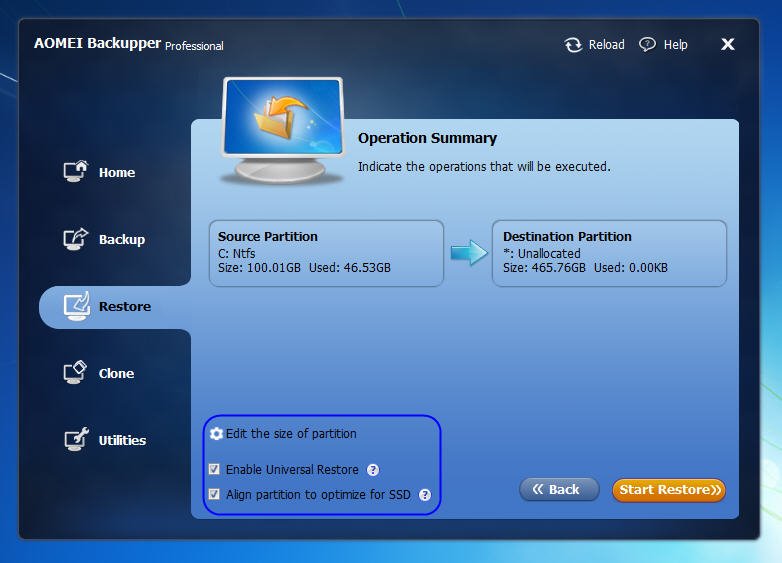 This OS deployment process with AOMEI Backupper won’t take long, usually half an hour, depending how large the data to be transferred. Besides universal OS deployment, AOMEI Backupper also has many other features, such as, File Sync, System Clone, Explore Image, Email Notification, etc.