How to Replace HDD with SSD to Get a Better Performance?

To replace HDD with SSD is an effective way to improve the performance of your Windows 10/8.1/8/7Vista/XP computer.

About HDD and SSD

Why would people want to replace HDD with SSD?

An HDD, as the traditional storage hard drive, has many limitations. When it works, the shock and vibration will make annoying voice. While SSD uses flash memory which works more quietly and it is far more resistant to shocks and vibration than hard disk drive. As a new storage drive with flash memory, SSD has a faster read and write speed, the faster boot times and faster applications load times attract many computer users. SSD is safer than HDD. To Replace the traditional hard disk drive with solid state drive will get a better performance for your laptop or desktop.

Move system from HDD to SSD with AOMEI Backupper

Windows users may have deep feelings about the disadvantages of HDD, and they want to upgrade to SSD to change those shortcomings. Change a hard drive may feel like you’ve purchased a brand new computer. Well, in order to save time and keep the old operating system, moving the old OS from the old traditional HDD to SSD is the best way. But how to replace HDD with SSD in Windows 7/8/10?

Moving the old system from HDD to SSD isn’t an easy thing. But with the help of AOMEI Backupper, you can make it in a few minutes.

AOMEI Backupper is a good software for Windows users. It fits all the Windows OS with different versions. For Windows PC users, it provides a free edition AOMEI Backupper Standard, which supports Windows XP/Vista/7/8/8.1/10. It can backup&restore system, partition, disk, files/folders and it is far beyond those utilities, all in free. To move system to SSD with this software, you can follow the guide in the next paragraph. But first, please prepare an SSD. 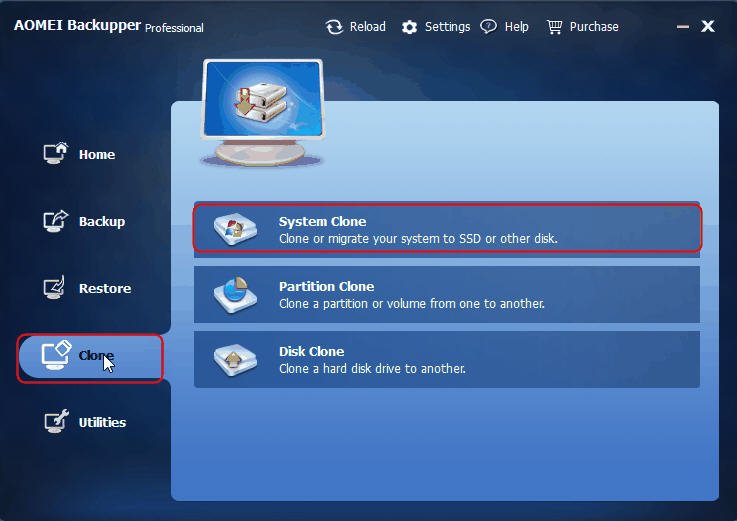 Step2. The system partition will be selected in default and it will move to the interface to choose the destination place, the SSD you prepared before. 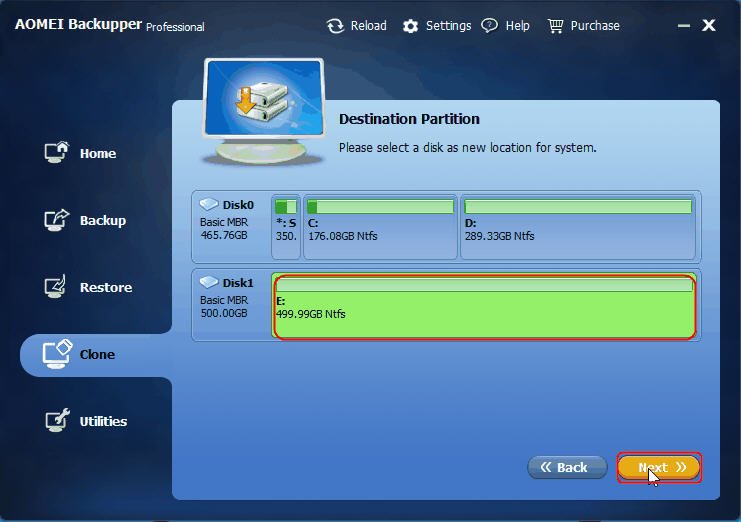 When you click Next, it will pop up a window to remind you that the partition (E:) will be overwritten or deleted. If there isn’t any other important data, click Yes to continue, or you should backup it first. 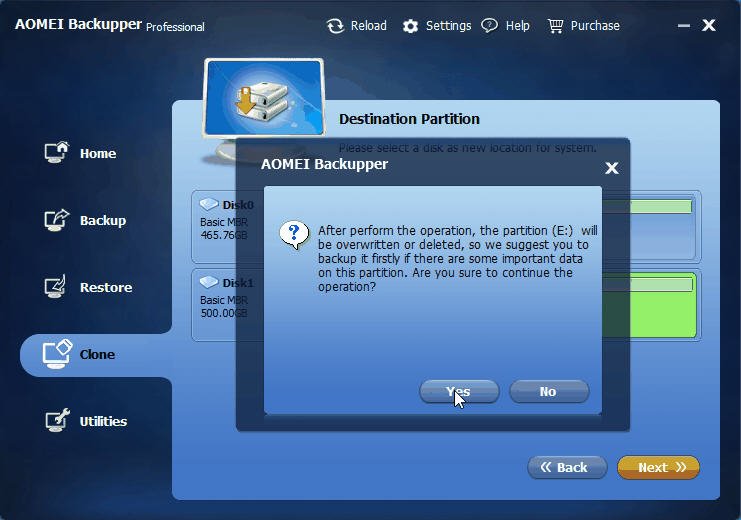 Step3. Here you can confirm the operations, and there are two options you need to know.

Sector by sector clone: it will clone all the byte of the system partition whether it is used. It will take more storage space and it needs more time. So, we don’t suggest you check it.

Align partition to optimize for SSD: this function is for optimizing the performance of SSD. So, we highly recommend you use it if you are cloning to SSD.

Click the box in front of Align partition to optimize for SSD, then click Start Clone to submit all the operations. 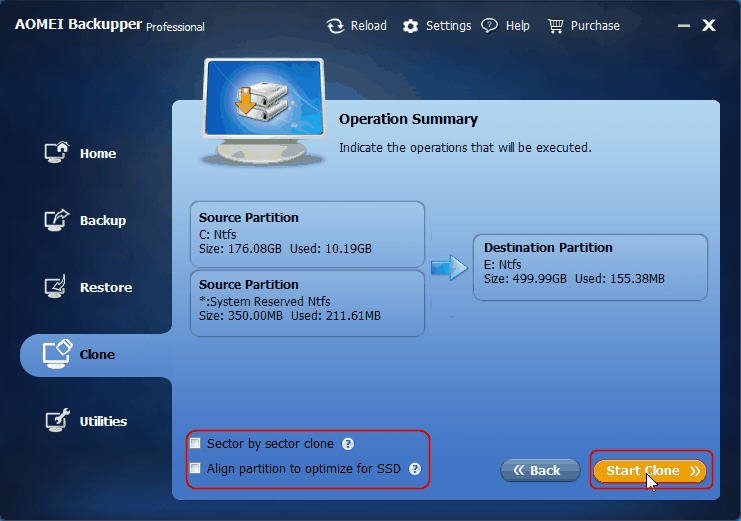 Step4. Wait till the progress ends. Click Finish to exit.

You have already migrated your system from HDD to SSD. At the next, you can boot your system from the SSD, and you will find that to replace HDD with SSD can get better performance of your computer in everywhere.