In need of bootable pen drive

Bootable pen drive, similar to bootable USB drive, is widely used in starting up a computer when it refuses to boot. Bootable pen drive contains boot files that can bring you into a mini operating system and take further steps there. Besides, many users want to backup files, clone disk or backup hard drive without booting Windows to avoid software confliction or similar errors. That is a situation where a bootable drive can help.

Comparing to traditional bootable media bootable CD/DVD disc, the bootable pen drive has advantage of simplicity, small, easy to carry and safety. It could be connected to many devices as long as a USB port provided. Pen drive is easier to be formatted to desired file system such as FAT32 or NTFS according to its boot mode. That’s why it is so popular among users.

How to make bootable pen drive in Windows 7/10?

Then, what are the most common used ways to create a bootable pen drive? In Windows, you can turn to its in-built utility, command prompt. Only a few lines of command line operations will help complete the task. If you’re not familiar with command line operations, you may turn to third-party software. For example, to make bootable pen drive from ISO file, you can use Rufus utility. Further, to make a bootable drive with a backup or cloning software preinstalled, you may turn to other software. Anyway, two of them will be introduced below.

How to make bootable pen drive with CMD?

In the first place, please insert your pen drive and make sure it can be detected by Windows. Note that the pen drive will be wiped once during the progress, so back up important files in advance.

1. Type command prompt in the search box. Right click Command Prompt from the list and select “Run as administrator” to open an elevated command prompt.

2. In the prompt type diskpart and hit Enter.

3. Then, enter following commands in order and press Enter after each input.

4. Now, you can save the custom image file you prepared before to the root of the pen drive.

Some users do not have custom image file or don’t know how to make it. Some users think that method is a little bit complex and are looking for tools with graphical interface. In those cases, the following method will come to help.

AOMEI Backupper Standard is free backup and cloning software that designs for Windows operating systems. It provides file backup, system backup, file sync and corresponding restoring. It clones hard drive to SSD with ease. The most important thing is it allows you to act these operations out of Windows environment. That is to say, you can create a bootable drive with this software to complete tasks without OS.

It supports create Linux and WinPE bootable mini operating systems. In WinPE mode, you have options to create UEFI (GPT disk) and Legacy (MBR disk) boot modes. It will create a mini OS based on the computer you’re using. You can add drivers during the process if needed. However, if you want to create a different bootable OS instead of current one, you can download an environment from the Internet.

With this bootable drive, you can restore system image you created before to make computer back to normal. Or, you can use it as a bootable rescue media when the system fails to boot since it allows you to access to command prompt. The steps are simple. Here they are.

1. Free download (Windows 10/8/7/Vista/XP supported) it on your computer. Install and run it. Connect the pen drive to the machine as well. 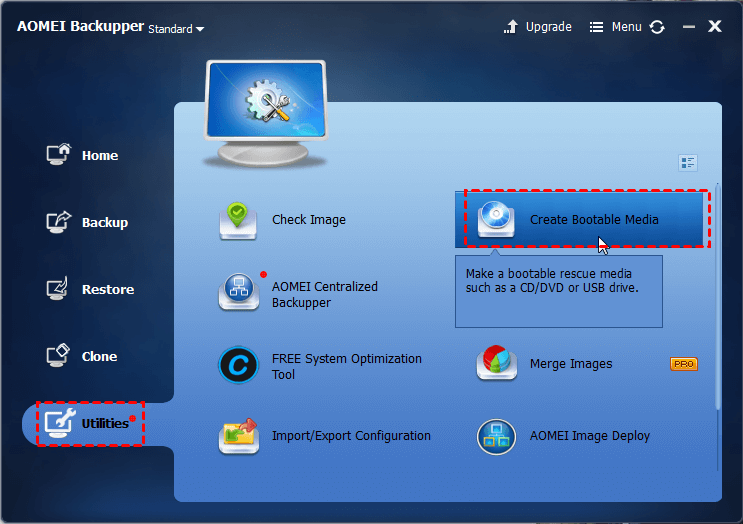 3. It is suggested to choose the “WinPE” option for Windows OS. Click Next. 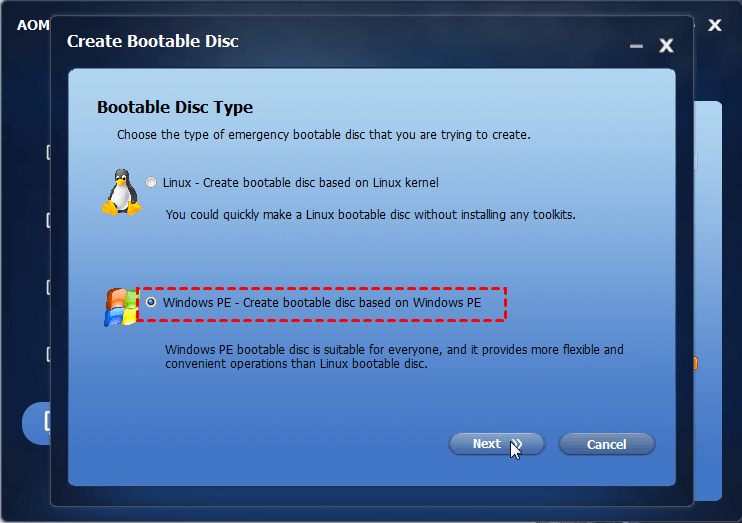 4. Choose a boot mode, Legacy or UEFI. Click Next. 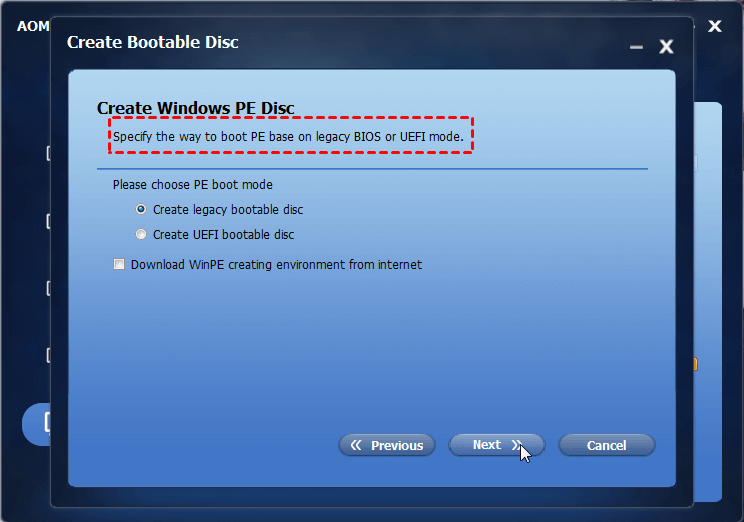 5. Select boot media, CD/DVD, USB device or export ISO file. Here choose the second one. Click Next and it will start creating. 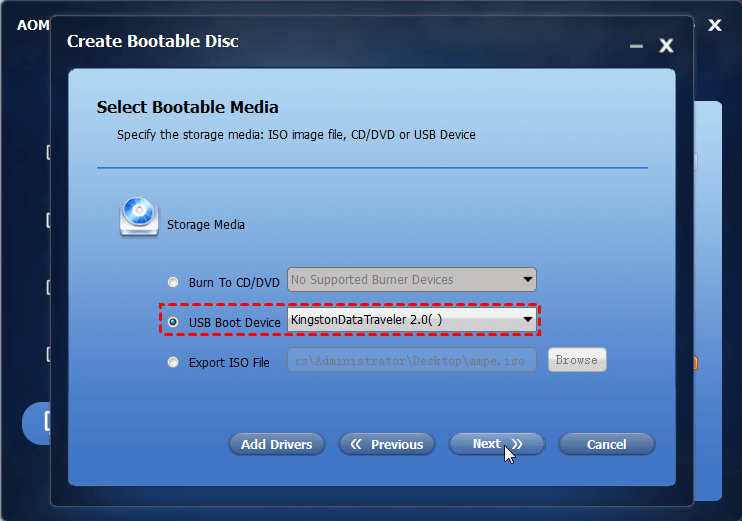 Tips: if you want to add extra drivers to this bootable drive, click “Add Drivers” beneath.

Two ways of creating bootable pen drive are introduced above in Windows 10/8/7. Choose the most suitable one according to your situation. To provide extra protection for your computer, it is suggested to make system backup at the same time. Once disaster happens, you can save computer as soon as possible.