Clonezilla PXE not working? This article will tell you how you can easily use PXE to boot client computers without scratch.

The problems you may face using Clonezilla PXE

Clonezilla PXE tool allows you to boot multiple computers within LAN to use Clonezilla Live. Many pros would like to put Clonezilla Live on a PXE server in order to boot many client computers to perform clone, backup or restore. However, there are many configurations in using Clonezilla PXE function. It is hard for an average person without tech background to make it work. Even if you follow a guide, things can still go wrong. You may meet connection issue, compatibility issue, Clonezilla PXE boot hangs, or other issues resulting Clonezilla PXE not working. In this case, you’d better find a free alternative rather than try a lot of things in hope of fixing it.

If you have tried a lot of methods when Clonezilla PXE boot failed to no valid, it is recommended to find an alternative that works better. AOMEI Backupper provides all the functions that Clonezilla has including backup, restore, clone and PXE Boot, etc. Using AOMEI PXE tool, you can easily boot client computers within LAN from AOMEI bootable media or your custom ISO file based on your needs. What’s more, it supports Universal Restore, which means you can restore system to another computer with dissimilar hardware and ensure the target computer remain bootable.

Easier way to boot from PXE

To use the AOMEI PXE boot tool is very easy and safe. You can follow the steps below to start.

Step 1. Download and install AOMEI Backupper. Click Utilities and in the next screen, scroll down to select AOMEI PXE Boot tool. 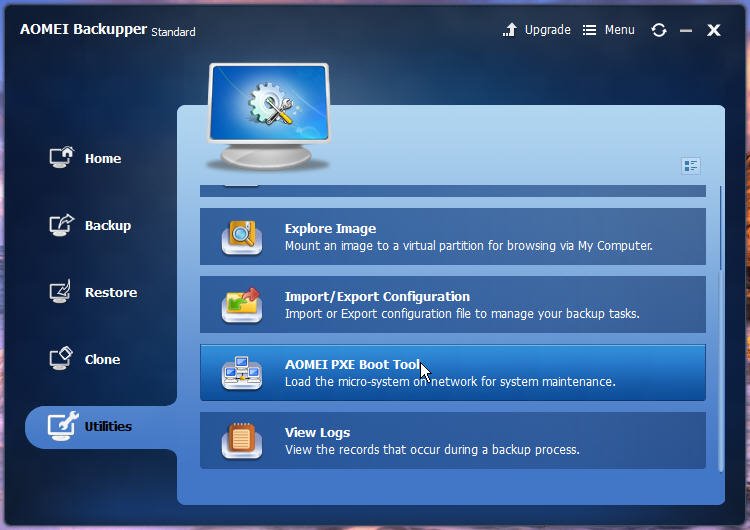 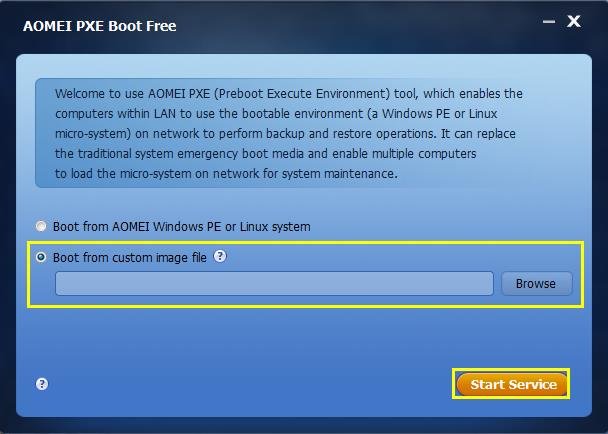 Step 3. Start your client computers and set it to boot from PXE network. You can boot into BIOS to set the Network boot as the first boot order or press a specific key to bring up the boot menu. 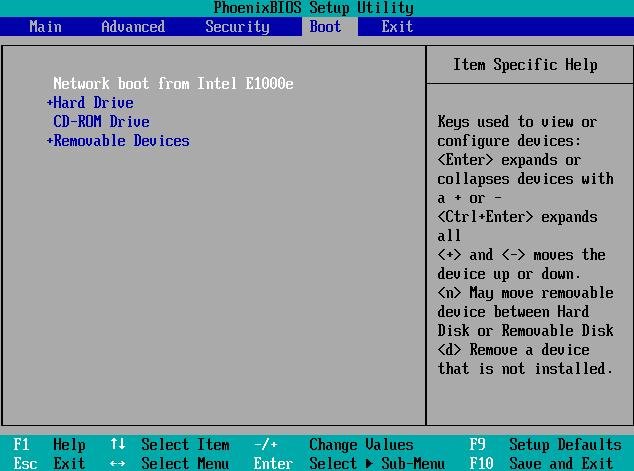 Step4. When you see the “connected” status, you can do the operations on the client computers. 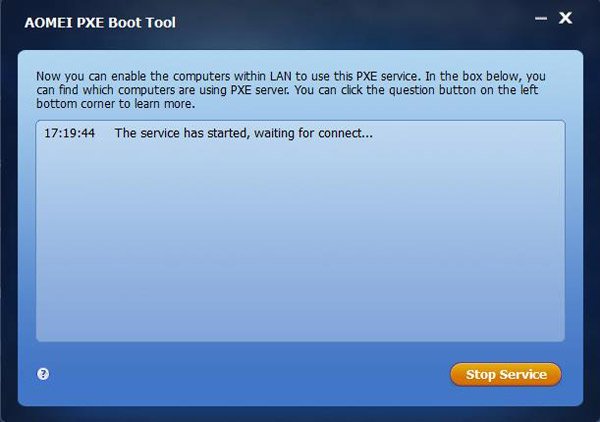 If you boot from AOMEI Windows PE, which is recommended, if you are able to use full functions including clone hard drive, backup or restore system. As you can see, it is very easy to boot your client computer via AOMEI PXE boot tool, and you will never has the problems Clonezilla PXE has. If you only need the PXE Boot function, you can also download the AOMEI PXE Boot Tool.